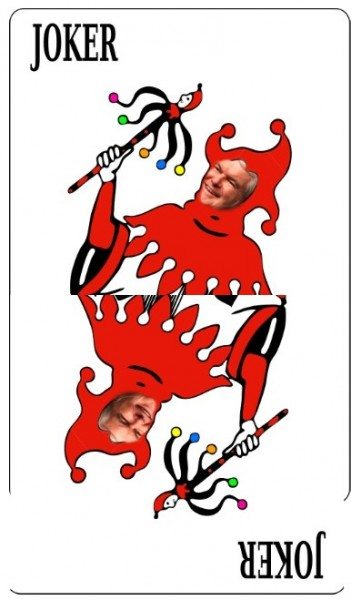 As a House back-bencher and then as Speaker, Newt Gingrich made his name as a fiery opponent of wasteful government spending. But, in fact, he was one of Congress’s biggest spenders.

Gingrich’s big-spending habit is perhaps the most important, but the least-known, of his many hypocrisies. When will a reporter — or one of Gingrich’s GOP opponents — ask him about this in one of the debates?

The twice-divorced Gingrich’s hypocrisy on “family values” is now well-known, yet there’s another example of Gingrich’s ethical double standard. Gingrich — who quarterbacked a successful effort to force House Speaker Jim Wright, a Texas Democrat, to resign over ethics violations in 1989 — was himself embroiled in an ethics scandal during much of his own speakership. Gingrich used GOPAC — his conservative fundraising operation — to finance a televised college course, “Renewing American Civilization,” that he taught at Kennesaw State University in his Georgia congressional district. Gingrich recruited donors to GOPAC, telling them that their contributions were tax-free because they were being used for educational purposes, when they were, in fact, for his political and personal benefit. The bipartisan House ethics committee voted to reprimand him and fined him $300,000 — the first time a speaker was disciplined for ethical wrongdoing. The Republican-controled House voted 395-28 to sanction Gingrich.

Gingrich claims to be an outsider, but he’s used his Washington connections to earn big bucks. Gingrich’s work as a corporate consultant — he refuses to acknowledge that he’s a lobbyist — has now come under scrutiny. Since resigning from Congress in 1998, Gingrich has become a millionaire. His lucrative career includes giving speeches, appearing as a pundit on Fox News, writing and selling books and tapes, and providing big corporations with advice about dealing with Congress, a practice that Gingrich insists is not “lobbying.” When Gingrich first entered the presidential race, many observers thought he was using his campaign to promote his business interests, sell books, increase his speaker fees, and attract more corporate clients. When he began leading in the polls among the GOP presidential aspirants, the media and voters took his campaign more seriously.

But Gingrich’s most outrageous hypocrisy has not yet surfaced as a campaign issue.

Soon after the Republicans won majorities in both houses of Congress in 1994, filmmaker Michael Moore flew down to Gingrich’s Congressional district in Cobb County, outside Atlanta. Gingrich had risen to power as a fiery ultra-conservative who favored slashing federal spending. Gingrich aimed his most severe attacks on government “welfare” for the poor.

But it turned out that thanks in large part to Gingrich’s influence, Cobb County — white, wealthy and suburban — received more federal funds than any other county in the nation except Arlington County, Virginia (which houses the Pentagon) and Brevard County, Florida (home of Cape Canaveral). As the Atlanta Journal-Constitution revealed back then, in 1994 Cobb County received $4.4 billion in federal funds, which amounted to about $10,000 per resident, almost twice as much per capita as New York City (with many more poor people) received.

Moore (with his crew, filming this segment for his Fox network show, TV Nation) slipped into the Cobb County Fourth of July parade and wound up marching right next to Gingrich, then later interviewed him at a picnic. Moore listed for Gingrich the numerous projects funded by the federal government in his district — a senior center, the local public library, defense contracts for Lockheed’s aircraft factory (including a retaining program for laid-off Lockheed workers), research at Kennesaw State College (where Newt once taught history), a sewage treatment plan, railroad crossing warning lights, school lunches, and the popular Lake Allatoona — and asked Gingrich which of these should be eliminated or trimmed. Newt, who visibly grew more uncomfortable with each question, balked at identifying any item he thought should be cut.

Then Moore created a fictitious organization — the Cobb County Committee to Get Government Off Our Backs — and interviewed people who said they believed in cutting federal spending. He got into a boat in Lake Allatoona and used a bullhorn to warn the other boaters, “Leave this lake immediately. It is contaminated with federal dollars.” None of the people riding motor boats, nor the people at the senior center (where Moore is filmed joining a circle dance) or the using the public library, wanted to send the funds back to Washington. Students at Kennesaw State weren’t eager to give up their federally-funded student grants.

Gingrich, who claimed to be the slayer of wasteful big government, had clearly used his clout in Congress to send federal funds to his wealthy district. Which of his GOP opponents will raise this in the next debate?

Give Us This Day Our Daily Perks