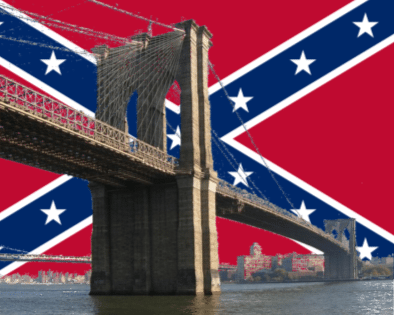 The immigration reform bill likely to pass the Senate this week will pick up a few more votes because it commits the government to building a longer fence. Thanks to a Republican amendment, workers will erect an additional 700 miles of fencing along the U.S.-Mexico border.

But if we’re going to build a fence, is that really where it should go? If we have apprehensions about our neighbors to the south, are those the neighbors — and is that the south — that really present the United States with its most difficult problems?

By now, even the economics profession concedes that our openness to the developing world — call it the Global South — has played a role in depressing the incomes of U.S. workers. And depressed they are: Hourly wages fell 3.8 percent in the first quarter of 2013, the biggest drop since the government began measuring in 1947. The rising profits and falling wages that define our “recovery” don’t look to be going away.

But how much of this problem originates in the Global South and how much in the American South? The United States has long had two distinct, sectional labor systems. Each has mutated multiple times, but throughout U.S. history one has been Northern and the other Southern, and their differences have, until recently, remained clear. In the northern system, workers have more rights and higher incomes. In Dixie, they have fewer rights and lower incomes.

The Southern economic model remained remarkably distinct even as slavery and then sharecropping were consigned to history’s dustbin. During the New Deal, it was Southern senators and representatives who insisted on excluding farm and domestic workers — chiefly African Americans — from the new minimum-wage legislation. A decade later, it was Southern senators and representatives, in coalition with Northern Republicans, who passed the Taft-Hartley Act, which, as Rich Yeselson documented in the summer 2013 edition of the journal Democracy, enabled states to keep workers from unionizing by making organizing campaigns prohibitively expensive. Soon after, it was Southern states, joined by states of the Mountain West, that availed themselves of this option by passing so-called right-to-work laws.

Underpinning all this was the virulent racism of the white Southern establishment. Its anti-unionism was rooted in more than right-wing antipathy toward worker rights; it was also underpinned by fear that industrial unions would be racially integrated and become vehicles for African American power, as they were in the North. Today, Jim Crow laws are long gone, but the Southern suppression of worker rights and incomes — no matter workers’ race — continues.

In recent years, however, the Southern labor system has begun to move north. As Walmart has evolved from an Ozark discount chain to the nation’s largest private-sector employer, it has brought its everyday low wages and ferocious anti-unionism to every one of its outlets. Meanwhile, the transformation of the Republican Party into an organization based in and dominated by the white South has turned Northern Republicans more anti-union. Since right-wing Republicans took control of Indiana and Michigan in the 2010 elections, for example, both have passed right-to-work laws.

Yet the South remains the heartland of cheap-labor America. In population surveys published last September, the South is still the region with the lowest median income and the highest rates of poverty and lack of medical insurance. It is also a mecca for global corporations seeking a compliant and inexpensive labor force. Much as British clothing manufacturers largely favored the South during the Civil War because of their dependence on cotton picked and processed by Southern slave labor, so a host of European and Japanese manufacturers — Volkswagen, BMW and Nissan among them — have opened non-union, low-wage factories in the South, even as they work harmoniously with unions in their own countries. When it wants to slum, business still goes to the South.

With its Latino population rapidly expanding, the South may soon undergo an epochal political change, as my colleagues at the American Prospect documented in the magazine’s current issue. Its reactionary white Republican state governments may give way to ones reflecting more liberal black-white-Latino coalitions. Until that day, though, if the federal government wants to build a fence that keeps the United States safe from the dangers of lower wages and poverty and their attendant ills — and the all-round fruitcakery of the right-wing white South — it should build that fence from Norfolk to Dallas. There’s nothing wrong with a fence, so long as you put it in the right place.