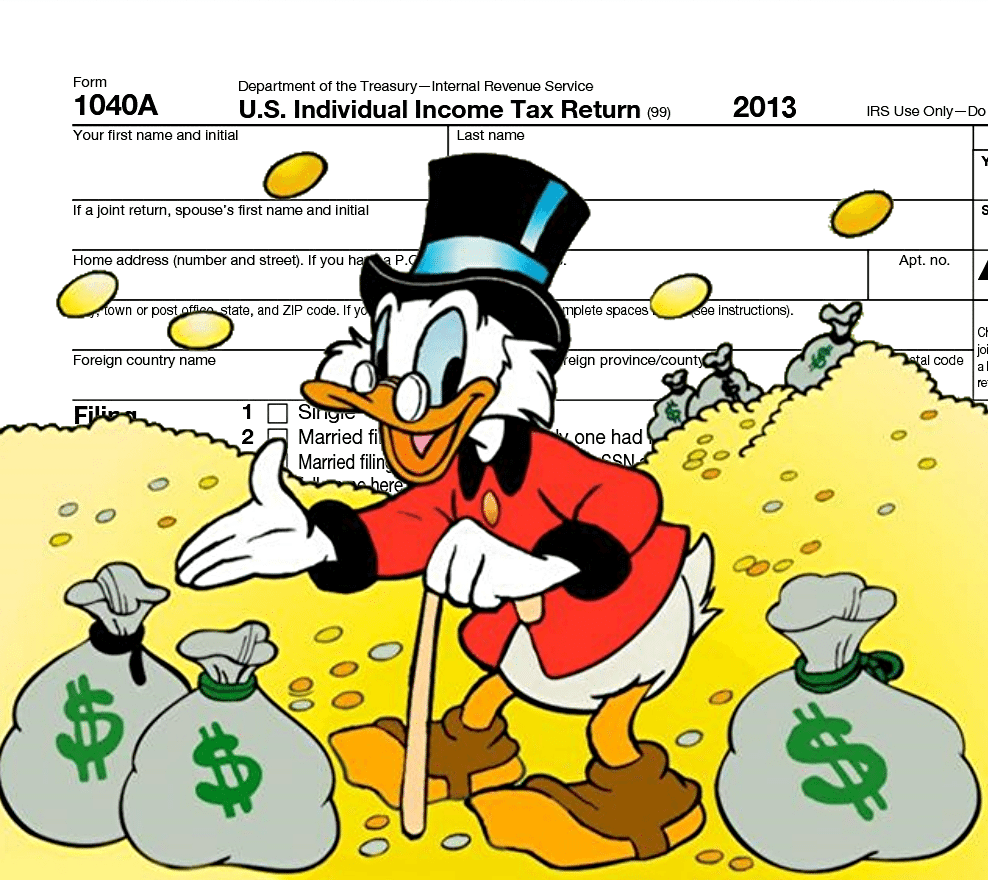 About seven years ago I was at my first meeting of an education advisory board, staring out the window at the panoramic view of the Santa Monica Mountains, when a fellow sidled up and began making casual conversation. We exchanged a few pleasantries, when he leaned in to tell me in a confidential hush that he had a $34,000 tax problem. Taken aback, I first thought, How odd that he should share such a thing — and figured maybe he wanted sympathy.

Then it occurred to me that his tax problem was more than half what I had made altogether that year, so I said, “If you have that big a problem, you must have the resources to deal with it.” He backed away and never spoke to me again at that meeting, or at any thereafter.

I suppose that makes sense. He assumed I don’t like taxes the way he dislikes them. But I actually think taxes are the price of living in a civilized society, and those who benefit the most should pay the most. But that’s not the way the new rich see it. They think of themselves as special, a kind of entrepreneurial elite — not the same as the leisured, hereditary gentry, but people who earned their wealth. They have a right to it.

So it makes sense that people with that mindset would fight to keep everything they can, like the hedge fund billionaire who was so incensed at having to pay a New York City wealth tax that he spent five years – and who knows how much money – fighting it. But then, he had $25 million at stake, which means that at minimum his income that year was in the neighborhood of three quarters of a billion dollars! He not only fought the tax, he appealed the decision when it went against him.

Of course, New York City’s tax on the very rich is a rare phenomenon in this country. For the last three decades the trend has been in the opposite direction, so much so that the tax system appears like two separate and unequal arrangements. One is for workers – people who draw a paycheck. The other is for people who make money from their wealth.

The tax on work income covers wages and includes both personal income tax and payroll deductions such as Social Security and Medicare, which an earner pays up to a threshold of about $100,000. This tax system also includes sales taxes as well as so-called sin taxes – excise taxes on such things as alcohol and cigarettes. Revenue from these sources has been increasing and covering a larger share of expenditures at all levels of government.

Taxes on wealth-based incomes include earnings from stock and bond holdings, the dividends and interest from these, as well as property investments and the trade or sale of those financial assets. It also includes tax on inherited wealth above a $5.2 million threshold. Tax rates in this system favor the wealthy over the average worker by a wide margin, and these rates have been falling over the past three decades. For example, the estate tax on inherited wealth has dropped from 70 to 40 percent and the corporate rate has sunk to a mere 12.1 percent – a 40-year low.

In addition, people with wealth-based income have more opportunities to keep their surplus income from the tax man. Not only can they invest in the long-standing tax-exempt municipal bond market, but the past decades have birthed IRA and 401(k) accounts, as well as those notorious offshore funds. These places now hide about $30 trillion, the overwhelming amount in the name of the largest wealth holders in the country.

These people benefit the most from the strength of American power abroad and social stability at home. They benefit from policies that help their money make more money, and yet they are the ones who complain the loudest about paying for the very government that protects and serves them. They fight the fiercest not to pay their fair share – whether it’s $25 million in New York City or a mere $34,000 in L.A. But the rest of us pay. And more and more, we are paying the bigger share.

Giving Workers a Voice: An Interview With Margo Feinberg