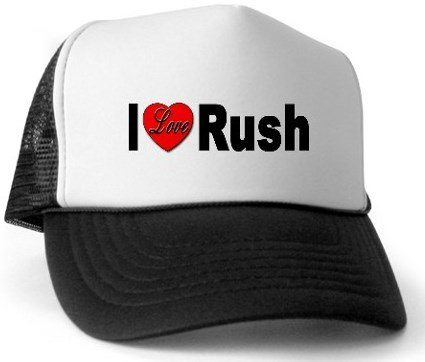 Readers who have fought for social justice while waging a home-front war with parents who hold views diametrically opposed to theirs will take heart in Madeline Janis’ op-ed in Sunday’s Los Angeles Times.

The opinion piece, “Dad, Rush Limbaugh and Me,” is a wry meditation on family and political beliefs that was prompted by the recent death of the author’s father. However, the story specifically springs from an incident that occurred when Janis, who is the Los Angeles Alliance for a New Economy’s national policy director, helped move her father to an assisted living facility several months ago. She writes:

On the day we were packing, with both of us understandably on edge, I came across a stash of Rush Limbaugh caps, maybe half a dozen of them, each with a different year printed on the front. I couldn’t let it pass.

“Can’t we get rid of these?” I asked. “Rush Limbaugh is nasty and mean-spirited. He doesn’t like women and, if he knew me, he would hate me and everything I stand for. Can’t you at least stop wearing these caps?”

Her father replies by restating his diehard allegiance to the rightwing talk-show host – a loyalty with which his daughter is well familiar but which rankles Janis nonetheless:

He was highly educated — a psychiatrist with multiple advanced degrees in science and medicine. He was Jewish and deeply religious, donating regularly to charities helping those who struggled with life’s challenges.

But he hated President Obama and thought that government was at the root of all evil. He refused to join AARP because he believed it was socialist. He read voraciously but focused on right-wing historical texts that blamed everything wrong with the American economy on FDR and the New Deal. He had planned to vote for Michele Bachmann if she had made it to the California primary last year.

The story unfolds as a simple fable about family love and tensions, and avoids the kind of rancor that has torn apart politically minded children from their parents since time began. It’s a clear-eyed account that readers on both ends of the philosophical spectrum can learn lessons from.

Related Topics:Madeline Janis
Up Next