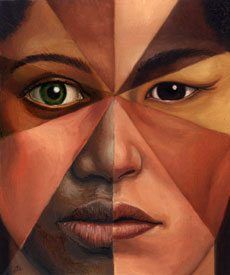 As anybody with a TV, radio or newspaper subscription can affirm, the big story coming out of the 2012 election is the long feared/eagerly awaited arrival of the Latino Vote as a national political force capable of deciding a presidential contest. Latinos accounted for a record 10 percent of the electorate this year, and something north of 70 percent of them cast their ballots for Obama. Meanwhile, fewer Latinos than ever before voted for the Republican candidate. With the Latino segment of the electorate poised to continue expanding for many election cycles to come, leaders of both parties are tripping over each other to position themselves on immigration reform, and even in blood red states like Texas, GOP strategists are warning of imminent doom for their party if Republicans fail to break their cycle of addiction to racism, xenophobia and pandering to border-guarding lunatics.

The story is both accurate to a point and incomplete, as conventional wisdom is wont to be. Tavis Smiley, for instance, has highlighted the grating irony of black voters being left out of the punditocracy’s post-election anointing of the “new governing coalition,” following the second presidential election in a row in which African-Americans broke records turning out to support Barack Obama. And when it comes to speculating about long-term electoral prospects, there’s another demographic category of Americans that’s getting glossed over in this mechanical extrapolation of the present into the future. Interestingly, it’s the one that Obama himself belongs to: multiracial Americans.

That’s not to say that mixed-race voters were a big electoral force in this election or any other national election in history. Nor is “mixed race” really much of a coherent ethnic identity in the first place (then again, neither arguably is “Latino” or “Asian”). As a demographic category, however, it’s going to be a significant factor for both parties to grapple with in future elections. It’s simply inevitable: About fifteen percent of new marriages nationally in 2010 were interracial, according to a Pew study published earlier this year. That’s more than double the proportion of the 1980s. Those couples are having kids, and those kids are growing up to become voters. Moreover, according to the study, quaint taboos against interracial coupling are pretty close to completely breaking down, with nearly two-thirds of Americans fine with the idea, so we can expect the phenomenon to continue and accelerate going forward: more interracial couples, more mixed race kids. And in politics, as they say, demography is destiny.

Among the states in which interracial marriages are above twenty percent are, not surprisingly, deep blue states like California and Hawaii. But some of the most conservative states in the country are also on the 20-plus percent list, including Alaska, Arizona and Oklahoma. Texas and Kansas aren’t far behind. Also above average are new and perennial swing states like Colorado, Virginia and Florida. The highest rates of interracial marriage skew west, where three of the four states with the fastest-growing populations in the country are located (or four of the four, depending on whether you consider Texas a Western or a Southern state). The bottom line is that mixed race matrimony is a national phenomenon that cuts across the red-blue divide. As the children of those couples come into voting age, there will be more and more Americans in every part of the country who don’t fit into the tidy racial boxes that form the basis of the long-term electoral prognostications being offered up by the dozens in the aftermath of Obama’s re-election.

Will mixed race voters help the Republicans or the Democrats? That’s a murkier question than you might assume, since Pew’s data shows sharper differences in terms of income and education between various mixed-marriage demographic sub-groups (the parents of those voters-to-be) than between mixed couples and non-mixed couples as a whole; there’s little in the way of a uniform set of characteristics of interracial households to grasp onto.

But it’s also the wrong question. The political effect of mixed race voters on future elections will probably be one of obfuscation rather than of party advantage, comparable to the effect of the growing prevalence of independent voters on partisan contests. Multiracial Americans will make simple questions about single issues more complicated, and facile assumptions about voter sympathies more tenuous. Where does a half-Mexican, half-black woman from Texas come down on immigration reform? What does a quarter Chinese, quarter Filipino, half-Jewish male from Florida think about affirmative action? What does either voter think about expanding charter schools, gay marriage, abortion rights, cutting Medicare, or raising taxes on the rich? These questions are difficult enough today, as racial sub-groups become more diversified by class. As the mixed race population of Americans expands and renders ethnic identities less categorical, more subjective, and more abstract, those once-easy categories will lose even more of their value as predictors of political behavior. They may even start to lose some of their personal relevance in the lives of multiracial Americans themselves.

My girlfriend and I are both of mixed racial heritage. I’m half Japanese and half Anglo. She’s half Salvadoran and half Jewish. If and when we have children, they’ll be a quarter Asian, a quarter Latino and half white, with the white side split WASP/Jewish. When our kids become 18 and fill out their first voter registration forms, the only ethnic category that will make any sense for them to check off is “Multiracial.” Today, checking off that box feels pretty close to checking off “Other” or “None of the above” on a questionnaire on any given topic; it’s a throwaway category for misfits that has little if any analytical value to the researchers who review the data, but that has to be in there to get the respondent to the next section. When enough Americans start checking off that box, however, it’s going to be impossible to ignore — and difficult to integrate into existing statistical models. Like “Other,” “Multiracial” isn’t an actual, distinctive population with a common culture and history that you can add into the mix as another subgroup to track; it’s just a heuristic catch-all term for everyone who doesn’t fit into the conventional taxonomy. Once it becomes statistically meaningful — perhaps meaningful enough to impact election forecasts — pollsters and demographers will have to scrap the mechanical models they’re working with and start devising more fluid and subjective analytical approaches that reflect the fluidity and subjectivity of increasingly porous ethnic and racial categories.

That’s not to suggest that the age of the generation that follows the Millennials will be some sort of post-racial paradise. Countries like Brazil have had broad racially mixed populations for generations; that hasn’t lessened their citizens’ propensity for bigotry (though it has shaped their racism differently than that of Americans). However, it is to suggest that the crude schematics political analysts use to lump voters together, make educated guesses at their preferences, and forecast their behavior will start to butt up against the complicated reality of race in 21st Century American society, and those analysts will have to adapt their models to better fit the lived experience of voters. That might not change the electoral fortunes of either major party, but maybe it will help force our dumbed-down political process to live up to the nuance and complexity of a changing American electorate.

Leighton Woodhouse is a partner and co-founder of Dog Park Media, where this post first appeared, and Communications Director of the National Union of Healthcare Workers. The post is republished with permission.