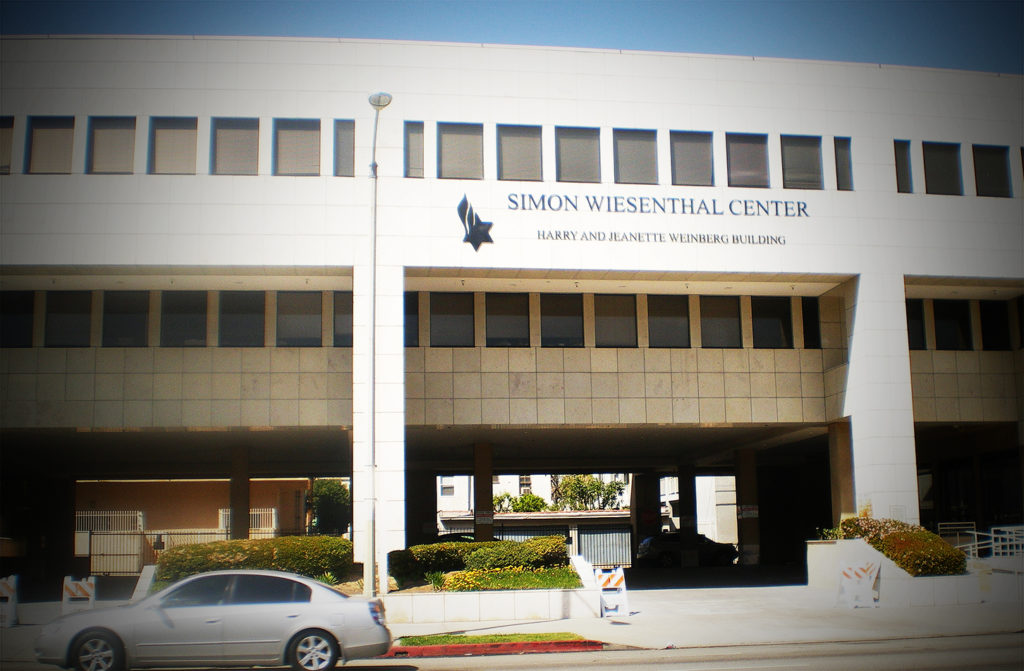 The Simon Wiesenthal Center has entered into five contracts worth $315,500
with ICE since 2014.

The Simon Wiesenthal Center’s mission is to “[promote] human rights and dignity,” and teach the “lessons of the Holocaust for future generations.” So it was surprising to see the Los Angeles-based center issue a statement last week that avoided assigning blame for the Trump administration’s policy of tearing children away from their parents at the U.S.-Mexico border.

“I wish that my colleagues [at the Simon Wiesenthal Center] had had the courage to call the moral mess at our Southern border an ‘injustice’ because we are commanded to constantly be in pursuit of justice,” Rabbi Neil Comess-Daniels, of Beth Shir Shalom wrote to Capital & Main after reviewing the statement.

In January 2016, Rabbi Marvin Hier, the Wiesenthal Center’s founder and dean, delivered the invocation at President Donald Trump’s inauguration. The center has received donations from the family of Trump’s son-in-law, Jared Kushner, and its board of trustees chairman, Larry Mizel, raised money for Trump’s presidential campaign. Capital & Main has also learned that the center has had training contracts with the U.S. Immigration and Customs Enforcement (ICE) as recently as May.

Still, the issue at hand was the forcible separation of 2,300 children from their parents, a policy that Attorney General Jeff Sessions announced April 6 as part of the administration’s “zero tolerance” policy that has been condemned and actively protested by religious leaders, including by many prominent Jewish organizations.

True, the Wiesenthal Center, which has a budget of more than $25 million, issued a statement that called on “our leaders to solve the humanitarian crisis at hand” because it is “unacceptable to separate small children from their parents. . . . Those are not our values.”

“Our Center’s main concern with the evolving immigration crisis on the border was the treatment of children,” Michele E. Alkin, the center’s communications director wrote in an email that referenced a June 17 tweet that focused exclusively on the child separation issue.

“The Museum of Tolerance, the Center’s educational arm’s mandate on contentious social issues is discussion, debate, and education. It never lobbies on legislative initiatives,” she wrote.

But the later, June 19 statement did not name Trump or Sessions, and its headline tasked “our elected officials” with solving the crisis. It called on Congress and the administration “to finally take the necessary steps to end this problem long-range.” The day before, Department of Homeland Security Secretary Kirstjen Nielsen, at a press conference untruthfully claimed, “Congress is the one that needs to fix” a crisis that has been widely described as being of Trump’s own making.

The statement did call out by name two media personalities—MSNBC’s Joe Scarborough and former CIA director Michael Hayden, now a CNN analyst, for the “wholesale misappropriation of the Nazi Holocaust.” The press release spent more than twice as many words on the topic of the misuse of the Holocaust as a historical analogy as it did on the conditions of migrant children.

To say that “images from America’s Southern border” are “the same as the Holocaust” is “definitely unfitting from many perspectives,” Rabbi Comess-Daniels agreed. However, he said it’s important to point out when “a slippery slope might be manifest,” because “later will be too late.”

Meanwhile, the Anti-Defamation League has brought together stories of Holocaust survivors who were separated from their parents as part of a campaign of opposition to Trump’s zero-tolerance policy. “Instead of learning the lessons of the past, our leaders are intentionally and regrettably repeating its cruelest moments,” the ADL said in a June 19 statement.

The Wiesenthal Center’s press release calls for the “amelioration of the suffering of children” and also expresses concerns for the dehumanization of ICE personnel. “Our border guards and Homeland Security personnel are the opposite of Nazis. Critics should stop slandering them.”

The Wiesenthal Center, which runs the Museum of Tolerance in Los Angeles, has educated millions of visitors, including 160,000 law enforcement officials, according to its June 19 press release. A review of a federal contract database shows the center has entered into five contracts worth $315,500 with ICE since 2014. The most recent ICE contract, for $35,700, was for “law enforcement training services” and ended May 24, 2018.

ICE reached out to the Museum of Tolerance a few years ago with a request that it adapt a long-standing training program for law enforcement for the agency’s senior managers, according to Alkin. The center typically provides leadership and professional development training to two or three cohorts of ICE managers from around the country a year.

The center is “uniquely positioned to offer such a program,” wrote Comess-Daniels. But he added that the center should “acknowledge the nature of their association with ICE” when commenting on the agency, or the center risks compromising its “moral clarity.”

Could an Undocumented Russian’s Life Have Been Saved?