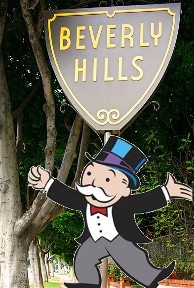 This past Sunday The New York Times devoted a 2700-plus-word feature to humanizing one of America’s most maligned, despised minorities – the rich. “One Percent, Many Variations” was billed as “a nuanced portrait” of the rich and super-rich. Its authors, Shaila Dewan and Robert Gebeloff, seemed genuinely surprised to discover that America’s wealthy do not only live “in New York and Los Angeles, but also in Denver and Dallas,” and that they are a surprisingly diverse group of fellows whose ranks included “podiatrists and actuaries, executives and entrepreneurs, the self-made and the silver-spoon set.”

The piece is basically divided among interviews and statistics about the rich – lots of statistics. For example, the authors write, “Studies show that whites have more upward mobility than blacks.” (Who knew?) And that more vote Republican than Democratic. (Didn’t see that one coming.) Not only that, but America’s One Percent “work longer hours, being three times more likely than the 99 percent to work more than 50 hours a week.”

That is, the 99 percent who have jobs. Or is that what Dewan and Gebeloff meant? Come to think of it, they don’t mention if that ratio includes all the 99 Percenters who are more likely to work zero hours a week because they’re unemployed. Anyway, it turns out the rich account for 30 percent of all philanthropy, so those who work zero hours have something to look forward to. Equally fuzzy, however, is Dewan and Gebeloff’s definition of One Percent. Early on they cite $380,000 per household as the annual dues to this select group. Yet way down in the feature, we’re told “The average income of the 1 percent, according to the Tax Policy Center, is $1.5 million.” Which is it? [Note: See Comments.]

The Times’ feature has something for everyone, even a child-friendly interactive chart titled, “What Percent Are You?” Just plug in your household income (no cheating!) “and see how you rank in 344 zones across the country.” Mmm. I still haven’t worked up the nerve for that one, knowing how even good news can end up making you feel pretty crummy. I remember as a kid how my Dad would joke that only $1,500 separated our family from the federal poverty line. That was good to know, but did it make me feel good? Not on your life!

As a people, Americans want to believe the best of others; we love to discover that individuals we once feared are actually warm human beings like ourselves. (We embrace the nuance!) Yet Times readers never quite escape the suspicion that the article’s interview subjects are acting on their best behavior for some Red Cross inspectors, and that maybe we wouldn’t let these smiling podiatrists and actuaries stand behind us on a subway platform after all. In fact, the more the authors try to dispel old-fashioned images of One Percenters as top-hatted caricatures from The Masses, the more their subjects seem like distant mandarins.

A number of people apparently declined to be interviewed for the piece, expressing fear – either for their safety or of having protesters or IRS agents arrive at their homes: “Several 1 percenters mentioned the riots in Britain and Spain; one said he kept his plane fueled up.”

It really doesn’t matter whether the One Percenters feel the pain of the 99 Percent, or if they use their pictures on dart boards; likewise, it’s not important that they feel guilty or defiant about their wealth – no one has grievances against individual millionaires. What matters is that the wealthy begin to pay the kind of taxes they and corporations were paying 50 years ago, before the first appearance of the rot that is eating America from the inside out.

What matters is that the ratio between compensation for CEOs and the wages of their employees returns to what it was before executive salaries grew to the pornographically obscene levels of today. Only then will our government have the money and political will to rebuild America’s crumbling infrastructure. Only then will the men and women who make the dreams of the wealthy a reality have a fighting chance to climb up the economic ladder. And only then will this country’s divisiveness subside and Americans feel better about their nation – feel, once again, like “one hundred percent.” In the meantime, that rich guy can relax and put his plane back in its hangar.