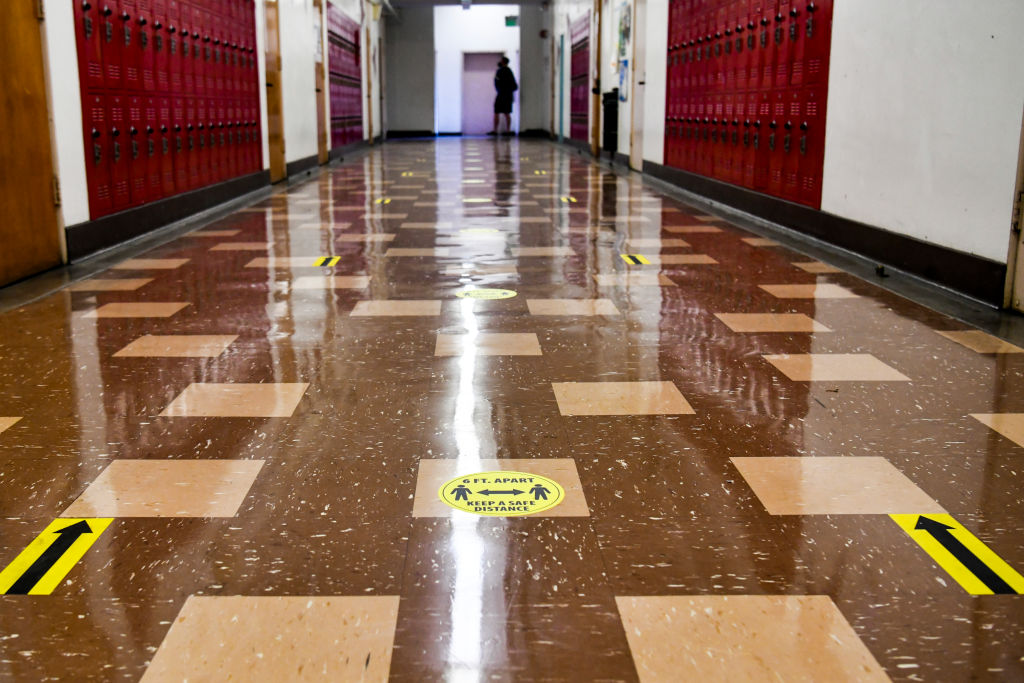 For more than a year health experts, researchers and sociologists have loudly proclaimed the obvious: The COVID-19 pandemic has unequally affected people and communities of color in the United States, causing disproportionately higher rates of infection and death. It’s a conclusion so clear that the Centers for Disease Control and Prevention dedicates part of its website to this reality.

“Racism is a serious public health threat that directly affects the well-being of millions of Americans,” CDC director Dr. Rochelle Walensky said in a statement distributed by the agency last month. “As a result, it affects the health of our entire nation.”

Equally obvious, though, is that the pandemic’s ravages are illuminating problems of inequity that already were long in existence. It’s the urgency of the fight against disease that has given those problems a new currency. And long after COVID-19 is no longer a subject of daily conversation, the issues will remain.

A new report from the University of California, Los Angeles, brings this notion into close focus. Produced by UCLA’s Center for the Transformation of Schools, the report makes it clear that the consistent underperformance of Black public school students in the L.A. area is directly tied to economics, environmental and living conditions, a lack of strategic planning by school districts and administrators, and the same structural inequities that beset other areas of life.

“Much of what we saw prior to the pandemic has only been exacerbated,” Dr. Stanley Johnson Jr., lead author of the study, told Capital & Main. “The achievement gap has been going on for years. A lot of families were already dealing with the issues that the pandemic has highlighted.”

Living in crowded, lower-income neighborhoods not only makes people more likely to get sick, but to carry the kind of preexisting comorbidities that can make a case of COVID
far more serious than it already is.

The study offers sweeping recommendations for how communities and districts in Los Angeles County, including the massive L.A. Unified School District, can reverse decades of inequitable educational processes. But the first step may be to understand the scope of the problem.

To do that, UCLA looked at 14 school districts in Los Angeles County, from the Antelope Valley on the northern edge to Torrance and Long Beach in the south. Smack in the middle is the LAUSD, which enrolls more than 660,000 students, making it the second-largest school district in the country. Together, the 14 districts serve more than two-thirds of the Black students in the region.

The researchers found that a disproportionate number of Black students live in neighborhoods where poverty is concentrated, where environmental hazards such as exposure to unhealthy air and groundwater pollution are high, and where educational resources are lacking. In the Long Beach Unified School District, the report said, a Black student is three times more likely than a white student to qualify for a free or reduced price lunch, one indicator of the low-income situations in which they or their families live. In eight of the 14 districts studied, Black students were more than twice as likely to experience homelessness as other student groups.

More broadly, the report noted that Black student enrollment across Los Angeles County has declined 42% over the past two decades, as families gave up trying to pay urban L.A. rents and moved to places where they could afford to live. Some relocated within the county to places like Antelope Valley, where rents are lower but, as Johnson noted, the school district may not be well equipped to understand and respond to Black student needs and experiences.

The chronic absenteeism rate for Black students in the county, the report found, is 20%, which the authors said was disproportionately higher than for all other student groups. The rate of Black student suspensions was also higher, while the percentage of Black graduating seniors who qualified for UCs or California State Universities was far lower than average.

Although the report concentrates on issues among Black students, “The data reveals that many children in L.A. – including Latinx, Pacific Islanders, Native Americans, LGBTQ youth, poor white children, and others – also face significant difficulties related to poverty, trauma and the failure of public institutions to respond adequately to their needs,” the authors wrote.

“We have found that a lot of this, at its crux, has to do with these sorts of cultural disconnects,” Johnson said. “Family living situations are huge. Health and environmental factors are huge. A lot of the families in our study live in corridors that have significant environmental issues.”

The findings almost spookily mirror what COVID-19 researchers have been charting since roughly April of 2020. Put simply, living in crowded, lower-income neighborhoods not only makes people more likely to get sick, but to carry the kind of preexisting comorbidities – high blood pressure, heart disease – that can make a case of COVID far more serious than it already is.

The UCLA study, and some of its conclusions, land on the same page as the Equity Alliance for L.A.’s Kids’ recently released Racial Justice Equity Recovery Plan. That plan calls for the LAUSD to double its investment in “highest need schools” as defined by the Student Equity Need Index. This index is already used by the district to identify which schools need the most support; as the organization put it in a news release, “An equal investment in all (district) schools will not address the disproportionate impact low-income communities are facing.”

In the Long Beach Unified School District, a UCLA report found, Black students were more than twice as likely to experience homelessness as other student groups.

Without doubt, funding is a primary component of any effort to achieve equity when it comes to primary and secondary education. With the 14 districts in the UCLA study in line to receive about $6 billion in COVID relief funding for education, there is an opportunity to put that money to work in ways that seek to close the achievement gap between students of color and others.

But the money itself won’t solve anything, the UCLA authors suggest, unless it’s used in the service of retooling how many of the districts approach students of color. As the report’s co-author, Joseph Bishop, put it, “Black students and families have been impacted by multigenerational roadblocks to learning opportunities prior to the pandemic. It is urgent that key decision makers at the local, state and federal levels pay close attention to the needs of Black students and act to address those needs.”

Among other things, the authors call for districts to work more closely with community groups and hire more teachers of color where they are underrepresented; for Los Angeles County to help develop “a strategic approach to racial and socioeconomic integration in schools”; and for the state to increase access to high quality early education programs in communities of color and build a program to track the health and development of kids “from birth to employment.”

“We’ve got to look at issues that go on outside of the school,” Johnson said. “We’re talking here about understanding people who are living with food insecurities, homelessness, foster care . . . Obviously more money helps. But unless you have systems in place that are intended to achieve equity, then the money alone won’t do it.”