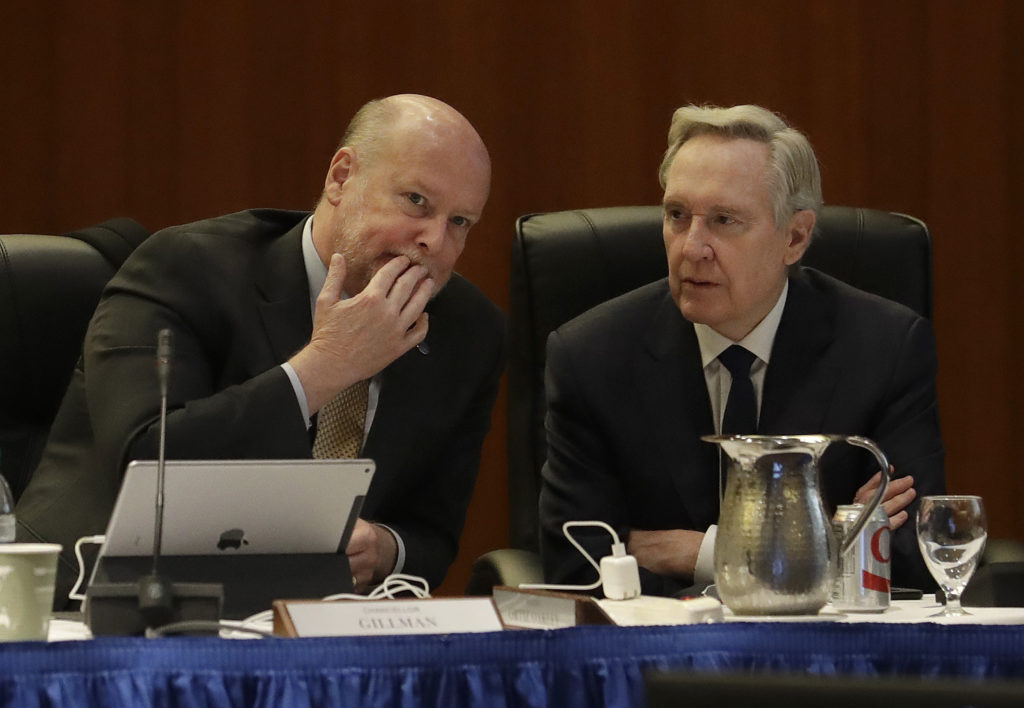 USC Professor: “The only way that we’re going to change educational outcomes is if we have faculty that are racially literate.”

On April 30 Thomas Kanewakeron Gray, 19, and Lloyd Skanahwati Gray, 17, two Native American Mohawk brothers, joined a campus tour of Colorado State University, a sprawling, public research university located just an hour north of Denver. They had scrimped and saved, their mother would later say, to make the seven-hour drive from the family’s home in Santa Cruz, New Mexico to “their dream school.”

The two teens joined the tour somewhat late, provoking one nervous mother, who was white, to call 911 and describe them as “Hispanic” kids “from Mexico” who “joined our tour” yet “weren’t a part of our tour.” The bewildered boys, who had been invited there by the university’s admissions office, quickly found themselves being frisked and questioned by campus police, before they were released. (Colorado State University is nearly 80 percent Caucasian; the senior leading the tour later admitted she hadn’t even noticed the police remove the Grays.)

The brothers’ ordeal illustrates the degree to which higher education’s path to economic security and enlightened citizenship is increasingly crossing a battleground for a broader American promise of equal opportunity called diversification. The Colorado incident is part of a recent minefield of what psychologists label microaggressions — the everyday indignities of racially themed slights, snubs, insults and general indifference whose hurt tends to be invisible to its perpetrators but is experienced by marginalized groups as a very real, if low-level and wearying state of dread. When they occur on a college campus, their impact on degree completion can be profound.

Success for first-in-their-family college students of color can be dramatically improved by hiring more faculty
that look like those students.

“The only way that we’re going to change educational outcomes is if we have faculty that are racially literate,” University of Southern California’s Rossier School of Education educational equity professor Estela Mara Bensimon told Capital & Main by phone. “In other words, they have an awareness of how the classroom can be a racialized space, where microaggression or other kinds of circumstances are detrimental to students of color.”

In racially diverse California, those circumstances included last month’s furor over the latest fraternity hijinks at Cal Poly San Luis Obispo, a California State University campus that holds the distinction of being the least diverse public university in the state. It’s a lack of diversity that tends to play out at Cal Poly fraternities in near-annual rites of disparaging ethnic and racial minorities. The targets of April’s incident, which triggered campus protests when photos turned up on social media of fraternity members in minstrel blackface and dressed as Mexican-American gang members, were African-Americans and Latinos. In 2013, the insult was to women and Native Americans. Last year, it was the idea of diversity itself.

For California, which boasts both the fifth-largest economy in the world, and where 76 percent of its K-12 enrollment is students of color (and still surging), diversifying public colleges and universities is a top priority. Producing the educated workforce needed to continue growing the economy means not only recruiting students of color but also seeing them complete a degree.

Or at least that’s the argument made in a new study by the college-equity advocacy group Campaign for College Opportunity (CCO). Called Left Out: How Exclusion in California’s Colleges and Universities Hurts Our Values, Our Students, and Our Economy, the report found that although systemwide student diversity at California’s public colleges and universities is a robust 69 percent (second only to Hawaii), its faculty and senior leadership tend to often be white and male.

Using data for the 2016-17 academic year for all three segments of the state’s higher education system — University of California (UC); California State University (CSU) and California Community College (CCC) — it found that tenured faculty was at least 32 percent racially diverse, while senior leadership came in at roughly 40 percent diverse and academic senates scored a disappointing 26 percent. Women were significantly underrepresented in college governance, with men making up about two-thirds of the system’s regents, trustees and Community College Board of Governors. The least diversified faculties and leadership were the 10 UC campuses; California’s 114 Community Colleges were the most diverse systemwide — with the exception of its academic senates.

The other wrinkle, says CCO senior vice president Audrey Dowd, were nagging gaps between college access and degree success for minority students. “When we look at completion, that’s where we see a huge disparity in rates of success. So we know that Latinx students, black students and then some subgroups within the Asian American population, are not fairing as well, they are just not completing at the same rate as their white counterparts.”

The findings add to an already well-supported argument that college success for often first-in-their-family college students of color can be dramatically improved merely by hiring more faculty that look like those students.

“Our work looking at faculty of color has found that they’re more likely to employ teaching practices that we know are good for underserved students,” said J. Luke Wood, director of the Doctoral Program in Community College Leadership at San Diego State University. “You have to be exposed to people who look like you at some point, or else it’s hard to envision yourself doing the kinds of things that they’re recommending you do to be successful.”

That’s what Devon Graves, a black third-year Ph.D. candidate at the University of California, Los Angeles and a first-generation college student from Riverside County, said happened to him when he met the popular political science professor Renford Reese while Graves was an undergraduate at Cal Poly Pomona, the 81 percent diversified sister campus to Cal Poly San Luis Obispo. Reese became his undergraduate adviser.

“He was one of a few African-American tenured professors, but he did play an important role in where I’m at today,” Graves recalled. “I just remember still having a tough time transitioning onto campus, having that impostor syndrome, thinking that I didn’t belong. … If it wasn’t for him, I would have never thought of myself as someone who can pursue a Ph.D. and do the research that I do and see myself as a professor. So seeing someone who looked like me in that position, and who helped mentor me to get to that next level made a world of difference.”

One of the more outstanding exceptions in the CCO report was 60,000-student East L.A. College, whose president, Marvin Martinez, hosted the organization in March when it came to Los Angeles to present the study’s community college findings. With its 67 percent Latinx enrollment, 72 percent diversified faculty and a college leadership that was 80 percent Latinx (and 60 percent Latina), Martinez said that diversity has actually been the school’s most potent recruitment tool.

“It’s one major reason students come to East L.A. college,” he said at the conference. “It’s also a [faculty] recruitment tool, by the way. … I ask them, ‘Why East L.A. College? Why are you interested in this campus?’ And many give me the same response: ‘I feel at home here.’ ‘I like it here.’ ‘I feel that the people know me.’”

But it’s one thing to make the case that a more diversified faculty and administration will lead to greater college completion for minorities that will attract more faculty of color, which will be ultimately good for all Californians — and another to actually get that ball rolling.

Bensimon, who as the director of USC’s Center for Urban Education also teaches diversifying colleges how to “re-script” their hiring processes, pointed out that California has what she calls “a locked system of hiring” that has evolved precisely to preserve power by yielding primarily white candidates.

That’s partly because policies like hiring preferences trickle down from the top in California’s system of public higher education, where the “top” is whoever is sitting behind the governor’s desk. California’s governors appoint the UC regents, the CSU trustees and the CCC board of governors, which is why their complexions tend to mirror the overwhelmingly white, male makeup of the state’s political elite. It’s also why CCO has injected the issue into the governor’s race by hosting three gubernatorial forums on higher education. It is not a done deal.

“It’s really about whiteness as an institutional culture and an institutional practice that most whites are not able to see,” Bensimon reflected. “Unless we begin to make that more transparent and be able to talk about it, I just think it’s really hard to change, to help institutions of higher education be more equity-producing.”