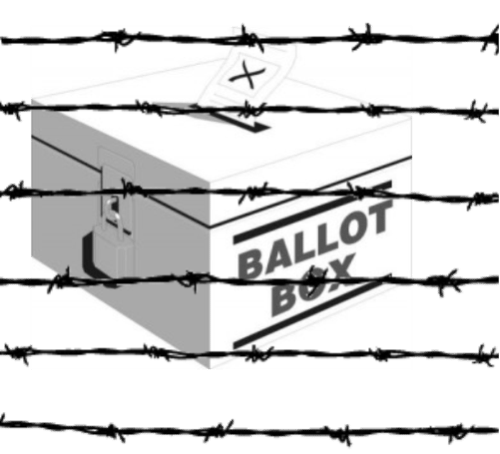 Better bring some identification — and not just any identification, official though it may be — if you plan to vote in Republican-controlled states. However, if you contribute tens of millions of dollars to sway an election on Republicans’ behalf, the party will fight to keep your identity a secret.

Consider, for instance, what happened to some attempting to participate in this month’s elections in Texas. The New York Times reported that “Judge Sandra Watts was stopped while trying to vote because the name on her photo ID, the same one she had used for voter registration and identification of 52 years, did not exactly match her name in the official voter rolls.” Both Democratic state Sen. Wendy Davis and Republican Attorney General Greg Abbott — the front-runners in next year’s gubernatorial contest — encountered the same obstacle. As did Jim Wright, the 90-year-old former speaker of the U.S. House. Wright, who represented his Fort Worth district in Congress for 34 years, told the local paper that he had voted in every election since 1944 and that he had realized shortly before Election Day that his identification — a driver’s license that expired in 2010 and a university faculty ID — would not suffice under the state’s 2011 voter ID law. Indeed, officials required Wright to produce a certified copy of his birth certificate to procure a personal identification card that would allow him to vote.

Fortunately, no issues of cosmic importance appeared on this year’s Texas ballots. Next year, however, congressional seats and control of the statehouse will be up for grabs and voter turnout probably will be much higher. The purpose of these and other vote-deterring measures, adopted in Texas and a slew of other GOP-controlled states, is to make sure turnout is not too much higher by reducing voter participation, particularly among the young (student IDs often don’t suffice), the poor (no driver’s license? Sorry.) and racial minorities. That is, groups that tend to vote Democratic.

Voter suppression has become the linchpin of Republican strategy. After Mitt Romney’s defeat in 2012, the GOP was briefly abuzz with talk of expanding the party’s appeal to young and Latino voters. Instead, the party doubled down on its opposition to immigration reform and its support for cultural conservatism — positions tantamount to electoral suicide unless the youth and minority vote can be suppressed.

Republicans have justified this crackdown as a way to keep non-citizens from infiltrating the electorate, not that there’s evidence such a thing is happening. But if a non-citizen wants to contribute millions of dollars to one of those “social welfare organizations” that spends gobs of money on an election campaign, Republicans fight to shield his or her identity. Recently released tax documents showed that one such organization — Crossroads GPS, the group headed by Karl Rove that spent $189 million in last year’s elections opposing President Obama and Senate Democrats — received 53 contributions of $1 million or more. The three largest were for $22.5 million, $18 million and $10 million.

Who did they come from? Because Crossroads GPS is classified as a 501(c)4 “social welfare” group, which is not legally required to list its donors, we’ll never know. Could such contributions come from a non-citizen? With donors’ identities shielded by law, there is no way of knowing.

Some states require donors to such campaign groups in state and local elections to be identified. But other states don’t, which allows for the kind of interstate shell games that wealthy right-wing donors played during the 2012 election. In one instance, an anonymous $11 million contribution to a California campaign opposing a ballot measure that raised taxes on the rich and supporting a measure to curtail unions’ political activities was tracked by state election officials to a 501(c)4 organization in Arizona that had gotten its funding from another such group in Virginia. The investigation revealed that a California GOP consultant had raised money for the ballot measure campaigns by promising his donors the anonymity that this shell game provided.

A pre-election tally by the Sunlight Foundation of “dark money” contributions to federal races as of November 1, 2012, showed nearly $175 million going to GOP candidates and roughly $35 million to Democrats. A bill backed by Senate Democrats that would have required such groups to report the identity of donors who give more than $10,000 for electoral campaigns was killed last year by GOP opposition to a cloture motion, even though it was backed by a majority of senators.

So: If you want to vote in the Republicans’ America, remember to bring your birth certificate. But if you want to buy an election and stay under wraps, your secret is safe with them.

Tech Workers Are Not Our Enemies