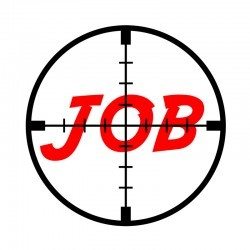 Is the full-time American job going the way of the dodo? The signs aren’t exactly heartening.

Consider the jobs report released Friday [July 5]. The United States added 195,000 new jobs in June, it said, including 322,000 new part-time jobs — a number that comprises only part-timers who want full-time work but can’t find it. Assuming my grade-school arithmetic skills haven’t completely eroded, that suggests that the number of full-time jobs actually declined.

Critics of Obamacare have a ready explanation: The 30-hour-a-week cutoff of the now-postponed employer mandate — which requires many employers to either provide health-care coverage for employees who work at least that much or to pay a penalty — was compelling employers to reduce workers’ hours. That mandate, the Wall Street Journal editorialized, gave businesses “an incentive to hire more part-time workers.”

If the employer mandate really were the problem, then the lot of the American worker wouldn’t look so grim. There is, to be sure, much anecdotal evidence that some employers are cutting workers’ hours to avoid the mandate. A closer look at the long-term rise of part-time work, however, makes clear that the decline of working hours and the rise of low-wage work reflect structural changes in the U.S. economy.

Of the 195,000 jobs created in June, fully 75,000 came in “Leisure and Hospitality” — Labor Department-speak for hotels, restaurants, fast-food joints and bars. Workers in this sector averaged just 26.1 hours a week — a figure that hasn’t changed in the past 12 months, even as Obamacare’s deadlines drew nigh. Thirty-seven thousand retail jobs were added, and these workers put in, on average, 31.3 hours a week. Workers in manufacturing, by contrast, had full-time jobs, averaging 40.9 hours a week — but 6,000 manufacturing jobs were eliminated in June.

Worse yet, the jobs being created paid a lot less than the jobs that were lost. While the average hourly wage of non-supervisory employees in manufacturing was $19.26 in June, it was $13.96 for retail employees and $11.75 for hotel and restaurant workers. Indeed, the median hourly wages of all American workers declined 2.8 percent from 2009 to 2012, according to a study published this week by the National Employment Law Project.

There’s no doubt that if the economy were at full employment, workers’ hours would be longer and their wages higher. But the decline in workers’ hours has been going on for decades: In 1966, the American worker put in an average of 38.7 hours a week; last month, she put in 34.5. More than anything else, this reflects the economy’s shift away from manufacturing to services (a catch-all category that includes retail, restaurants and most everything else). The average workweek in services last month came to 33.4 hours — 7.5 hours shorter than the workweek of manufacturing employees.

The move toward part-time work isn’t the economy’s only epochal shift. Another is the move toward temporary employment; that is, toward an economy in which employers regularly use workers from temp agencies. The advantages are clear: Employers are under no pressure to provide raises or benefits to temporary workers, nor are they legally liable if the workers turn out to be undocumented or are hurt on the job.

Of the new jobs created last month, 10,000 came through temp agencies. Their designation notwithstanding, many temp workers find they’re both full time and permanent. As the New York Times’ Catherine Rampell has pointed out, the average workweek of a temp surpassed that of non-temps in 2009, and it remains longer today. For the past decade, many warehouse workers who load and unload goods for Walmart and other chains have worked steadily in the same job for a succession of temp agencies in places such as California’s Inland Empire — an arrangement that allows Walmart and its ilk to disclaim any responsibility for the conditions in which these employees labor. A number of the foreign-owned auto factories that have sprung up in Southern states — among them, BMW and Nissan — are also staffed by temps, only a fraction of whom are hired by the manufacturers after their initial six months on the job.

Left to its own devices, the American economy is eroding the American job. Hours decline, dragging take-home pay down with them. The identity of the boss becomes mystified, much to the boss’s advantage. A government commitment to full employment, backed up by the public investment required to create it, would bolster not just the quantity but also the quality of our jobs. Republicans are dead set against that, however, and most Democrats appear to have abandoned the fight. So much for the American job.