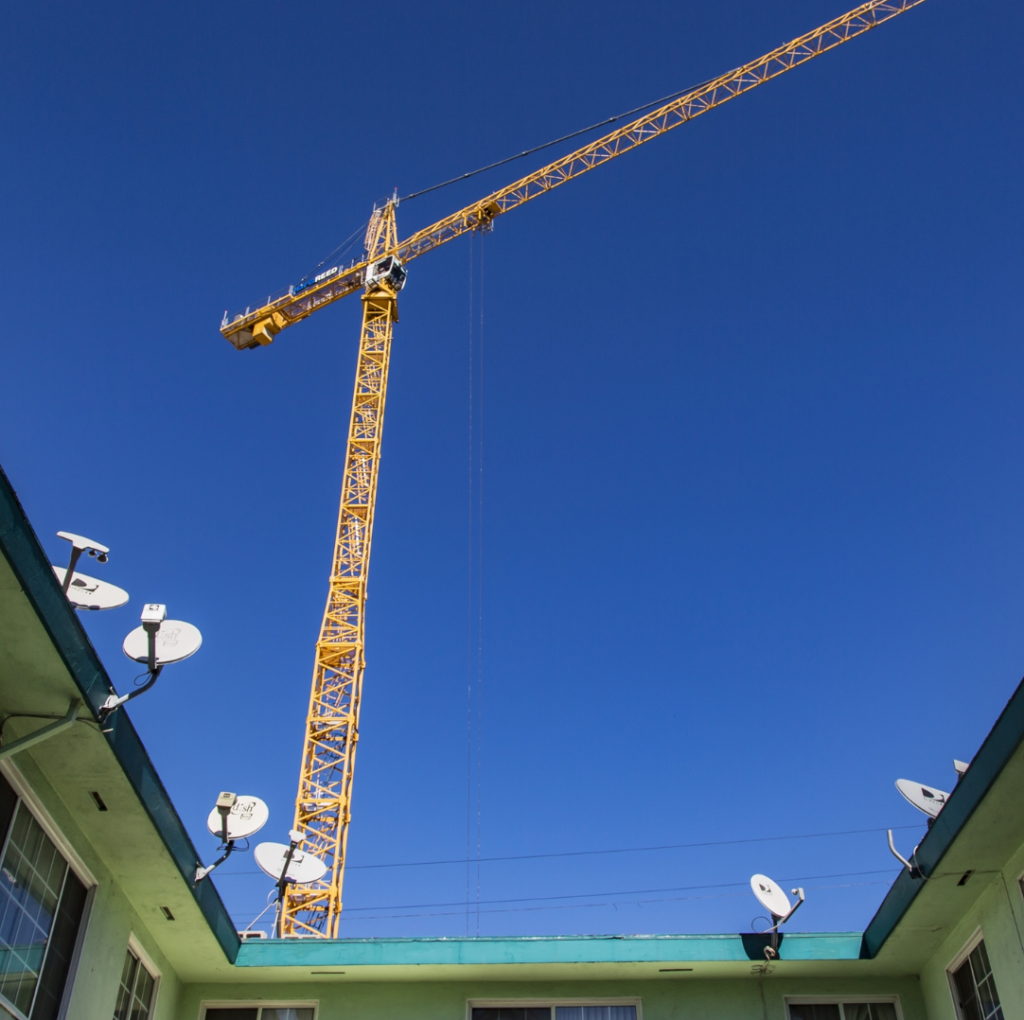 Housing developers – whether they specialize in market-rate properties or affordable housing – face tremendous hurdles in getting projects off the ground in California.

Material prices keep going up, with the costs of steel and glass  not expected to come down any time soon. Labor expenses also keep rising. Even with the lowest interest rates in our lifetime, it still can be very difficult to make economic sense for starting a new construction project without some sort of guarantee that it will not be a bust. Developers say that perhaps the toughest impediment to new housing construction is local opposition, especially if the proposed construction site is in a safe neighborhood with good schools.

But dealing with prejudice against affordable housing dwellers and NIMBYism (Not In My Back Yard) is not a new struggle.

“If the community or the city council doesn’t want the project, they can hinder it,” says Clifford Goldstein, who has been in Southern California’s commercial and multifamily real estate development business for more than 30 years. “If you delay a developer long enough, that can kill it.”

Goldstein complains that most legislators don’t take the time to understand the costs of construction, or the financial return requirements of lenders and investors. A developer can only operate within certain parameters in order to move forward.

“Time, meaning the time to obtain approvals — and the risk of not obtaining approvals  – is perhaps one of the most important issues that causes the financial and investor community to require higher returns,” he says. “It is these higher return thresholds that often drive up the minimum rent that a developer seeks.”

Evan Gerberding, a spokeswoman for the California Department of Housing and Community Development, spells out the bane of developers: “Projects with more community opposition, with significant changes imposed by local design-review requirements or that received funding from a redevelopment agency, cost more on average.”

Stereotypes and negative perceptions of what an affordable-housing dweller looks like don’t help. Parker has heard them all. Potential neighbors fear that the low-income inhabitants will drive “junkers” and mar their pristine suburban landscape. The newcomers have too many children and, of course, the building will resemble a Soviet housing project.

Nothing could be further from the truth, Parker says.

“I can’t underscore [enough] the community acceptance piece of this,” she says, her voice streaked with frustration.

BRIDGE’s website proudly displays numerous awards from such prestigious bodies as the Urban Land Institute for the developer’s aesthetically pleasing LEED buildings (structures certified by the Leadership in Energy and Environmental Design).  Besides, residents range from grandmothers living on fixed incomes to teachers and those who, through no fault of their own, have a physical or mental disability.

Parker’s BRIDGE group locates projects near transit corridors and currently has 5,000 units in the development pipeline, with 800 to 1,200 units being produced each year.

“That’s very busy but it’s not even a drop in the bucket,” says Parker.

“Frankly, what we need to do is simplify the way we develop and finance affordable housing in our country,” Parker says in regard to the risks faced by developers. Part of the issue is having to report to different “masters.” She adds that nonprofit affordable housing developers are in the business of following rules and making sure there is compliance with all of their funders’ requirements.

Many projects can end up with 15 sources of funding, which often complicates matters when the funding sources have their own sets of requirements, rules and expectations.

Housing developers cite “risk” as being their biggest impediment. Such risks include the same ones that Goldstein voiced – rising construction costs, zoning changes, permitting changes and “entitlements” — the term that is used to describe the various approvals allowing a specific development or use of real property.

Nonprofit Housing Advocate: Community redevelopment was the most efficient vehicle we had.

“It can take six years for one project. It’s very inefficient and trying to do this in concert with the community – there’s just a lot of twists and turns,” Parker says. “You have risk until you get all of these things in place.”

Community redevelopment agencies that were dismantled in 2011 by Governor Jerry Brown and the state legislature left a gaping hole in affordable housing construction. The agencies used a portion of property tax money to partner with developers, encourage development and combat blight. “It was the most efficient vehicle that we had,” Parker says. “About a billion dollars in California set aside for affordable housing and now we don’t have it.”

In Los Angeles alone, Goldstein says, there are arguably 40,000 units that  need to be built each year to catch up to the demand for housing.

“We are only producing about 10,000 units a year so there is a shortfall of 30,000 units – ranging from low income, moderate to any level of income.”

Downtown Los Angeles and Hollywood are currently  hot spots for new housing but their pricey projects are tailored to the wealthy. According to Goldstein, there are good reasons why it’s easier to get project approvals in those areas.

For many years Hollywood, despite its antiquated reputation to the outside world as a glamorous locale, was essentially a blighted town. There was a desire to clean up the area with new, attractive housing and the political leadership was heavily invested in the idea, so it happened.

In downtown Los Angeles, meanwhile, because there weren’t any neighborhoods or residents to engage in heated discussions over parking or overcrowding in schools, developers were welcomed and given a sort of blank slate to work with.

“Capital,” Goldstein notes, “is attracted to places where there is less risk.”

One current novel idea is to rezone large swaths of the city currently zoned for manufacturing and turn them into residential neighborhoods.

“There is some lower hanging fruit that could spur affordable housing,” Goldstein says. “We could rezone industrial and manufacturing areas that long ago lost their manufacturing base. Many politicians are fearful of losing land set aside for manufacturing and that makes sense to a point, but the world of manufacturing has changed. [Many] manufacturers have moved to other areas. You always want a balance but if we are so strict in our rules and guidelines, then things become black and white, and housing doesn’t get built.”