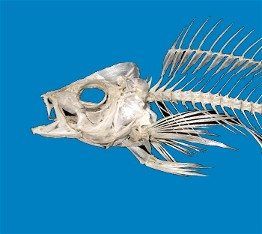 The L.A. Times story about fish Down Under getting skin cancer could’ve been a funny, though macabre, read if the subject weren’t so sad. After noting that 15 percent of coral trout in Australia’s Great Barrier Reef are believed to have cancerous lesions on their scales, writer Jon Bardin adds, “In that regard, they resemble Australians who live on land — two in three people who live down under will be diagnosed with skin cancer before the age of 70, the highest rate in the world.”

This is serious news, though, because the takeaway goes beyond the fact that Aussies won’t be throwing coral trout on the barbie any time soon. The fishes’ affliction apparently stems from their habitat, which lies under the outer fringes of the giant Antarctic ozone hole that’s been letting in ultraviolet rays since the invention of refrigerants. These UV rays are strongly suspected of causing the trout’s melanoma – as they are of causing it in humans. The ozone-layer hole is that other ecological disaster-in-waiting that many people are in denial about. (For a history of how Congressional conservatives tried to portray ozone depletion as some scientific mirage, see Chris Mooney’s The Republican War on Science.)

Australian marine scientists soon discovered, after speaking with local fishermen, that the lesion-bearing trout had been appearing since the 1980s. And, as these things tend to play out in the wild, the effects of UV rays on coral trout won’t end with the fish, which play a critical role in shark feeding habits.

Bardin quotes a Smithsonian marine ecologist on the probable outcome for the trout. ”Somebody with advanced melanoma is being taken care of by doctors and loved ones,” says Nancy Knowlton, perhaps taking a little too much for granted about our health care system. “But fish will be eliminated fairly quickly.”

Related Topics:Ozone Depletion
Up Next

Global Warming: A Climate of Denial