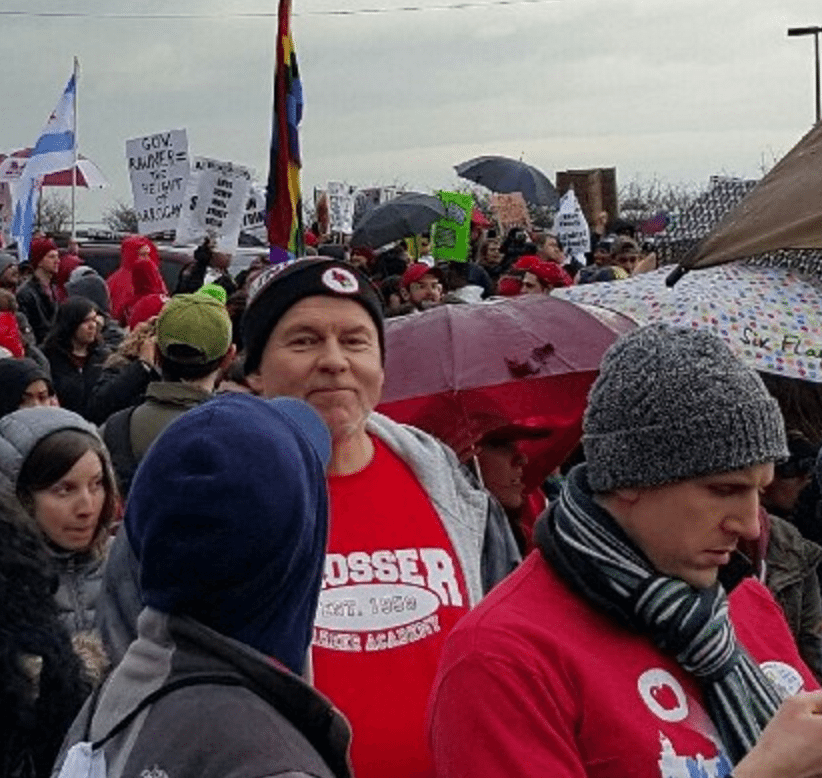 April 1 was a historic day for public education in the U.S. Joined by diverse community groups and other workers, Chicago’s public school teachers took to the streets demanding more from city and state leaders. More autonomy in the classroom. More funding for education. More support for students, school nurses and librarians. Even higher wages for fast-food workers across the city.

Since the turn of the century, Chicago’s public schools have been dramatically “reformed.” The city has closed over a hundred traditional public schools, most of them in predominately black and Latino neighborhoods, and opened nearly the same number of charter schools with little transparency and oversight.

Chicago’s leaders have also pushed the sort of testing that determines the fate of students, teachers and schools. According to many teachers, more testing takes valuable learning time away from students. But it’s also a big business. “Education companies…are making billions in profit off these tests,” said Chicago special education teacher Sarah Chambers.

On the eve of the strike, another Chicago teacher described high-stakes testing’s personal toll: “Nationally, ‘reformers’ are pushing rigid teacher evaluation systems, where we’re kept busy being made to prove that we are good, where we’re told as a starting point that we have deficits in ourselves as teachers.”

Friday’s strike was a powerful demand for what teachers and students across the country need most—more support and resources—but it was also a protest against a growing national crisis, the privatization of our public education system.