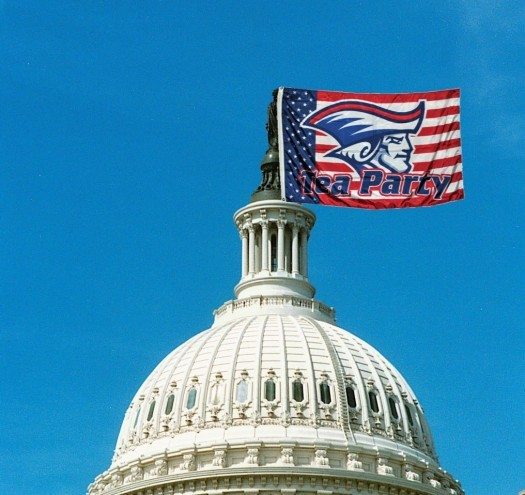 Those of us who grew up in public school systems were taught two indelible but contradictory lessons. One, from civics classes, was that laws are created (and government run) according to the necessities of compromise. (The reason politics is called the art of the possible.) The other, drilled into us by history instructors, reminded us of the evils of compromising with fanatics. (The endless Sudetenland analogies we sat through.)

But these two lessons never held equivalent weight because while we could see compromise all around us, history was for other countries. The Atlantic’s James Fallows, happily, has pointed out the error of that thinking in a couple of recent online pieces about the pending government shutdown. His thesis, basically, is that the media have it all wrong in their reporting on the shutdown (which could come tomorrow, October 1) and the even more troubling likelihood of a debt default (see how much your 401(k) is worth in two weeks).

Fallows warns that by reflexively following the old civics class script, the media are presenting the story in these misleading terms: A stubborn Republican House is presenting an agenda to an equally stubborn Democratic Senate and White House. On September 27 he wrote:

As a matter of politics, this is different from anything we learned about in classrooms or expected until the past few years. We’re used to thinking that the most important disagreements are between the major parties, not within one party; and that disagreements over policies, goals, tactics can be addressed by negotiation or compromise.

This time, the fight that matters is within the Republican party, and that fight is over whether compromise itself is legitimate.

In other words, the fight over the budget and the Affordable Care Act isn’t a battle between Washington’s two traditional adversaries, but a titanic ideological war within the Republican Party – a war over which Democrats and ordinary citizens have no control.

“In essence,” Fallows wrote September 29, “the hard-line faction of the House GOP is demanding the following:

That choice doesn’t sound remotely like the ideal of compromise many of us learned in high school and, of course, it isn’t. Instead, it represents the kind of supercharged partisanship that has been gaining centrifugal force because of the outsized influence of the Tea Party – a group whose polling figures have been in rapid decline recently but whose artificial, Frankenstein-like existence owes a debt of thanks to the rightwing billionaires who continue to fund it. And, as the acceleration of this partisan rancor threatens to tear apart the GOP, so it also threatens to shatter the economic foundations of this country.

Fallows is alarmed to note that Saturday’s Washington Post  coverage of the Capitol crisis is a retreat from reality and “represents a step backwards from an increasing mainstream-journalistic willingness to discard reflexive ‘isn’t gridlock terrible’ hand-wringing and explain what is really going on.” He is even more disheartened by the Post’s Sunday editorial which, as Fallows says, “is … genuinely shocking in its high-schoolish disconnection from the realities (most of) the paper’s own articles portray.

Fallows then quotes a line from the editorial:

Ultimately, the grown-ups in the room will have to do their jobs, which in a democracy with divided government means compromising for the common good.

Sure enough, the Post’s thinking returns us to an almost nostalgic time when not only high school students but also enough members of Congress believed in the merits of compromise to keep the wheels of government turning and to prevent the economy from crashing into a brick wall.

Put another way, a major political party has been taken over by people who view the positions and beliefs of their political opponents as the moral equivalent of murder. That kind of outlook makes compromise impossible. With that in mind, it’s perhaps best to put away memories of civics classes and begin thinking about the other grown-ups in the room — all those old history teachers and their Sudetenland analogies — when we hear the demands of the Tea Party.