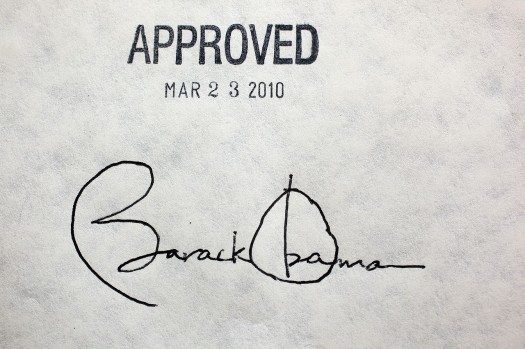 As a writer I bounce from job to job. When not working at LAANE, I have to pay for my own health care – whose monthly premiums, over the past few years, have threatened to surpass my monthly grocery bill. So naturally I was more than glad when the Patient Protection and Affordable Care Act – aka, Obamacare – became law in 2010. I know a bit about what it’s like to have and not have health care. My brother was stricken with a rare form of cancer in his early twenties. He survived against some pretty big odds – but only because of my father’s great health insurance, which allowed my brother to be treated at a leading research hospital. I also lived through the height of San Francisco’s AIDS pandemic and saw what uninsured people went through: days spent in hospital waiting rooms, often minimal care, overcrowded rooms and life-threatening delays for medical procedures.

I’ve been blessed with good health most of my 51 years and when I was a young man relied on free clinics and County USC for anything serious. I was playing fast and loose, like many young men. No surprise then that most of what I’ve seen of medical catastrophe has been among young men, a group that is the least insured of any demographic. (They’re young and think they’re invincible. Or they’re flat broke or they’re just distracted by other things – they generally tough it out and don’t use or need much health care.)

So I wasn’t surprised to read this past winter that the Obama administration was pushing enrollment among the young, since they provide the bulk of the premiums that then cover the elderly. (That’s because the young don’t consume health care at the same high rates that the elderly do, just as they don’t receive Social Security checks.) It’s about the social contract and an investment in the future that says it’s the young’s duty to aid the old. In other words, a society that works — and works together.

Meanwhile, my provider, Anthem Blue Shield, had been sending me an awful lot of mail beginning a year ago, as Obamacare battled its way through an ever recalcitrant Congress. Each letter assured me that the new health care laws would not affect my policy and that I would be “grandfathered in” and need not hassle with filling out any of the endless forms or visiting any websites. At the time I guessed they were trying to save themselves the paperwork to keep me where I was, but I didn’t have the $281 a month I was already paying to spare, much less whatever the next rate hike would be. And I was getting older.

I’d read that Anthem Blue Shield had been far more cooperative with the president’s plan than many other companies, going so far as to take on the consumer education work that rightwing Southern states refused to offer their citizens. But they didn’t seem to ever offer me any cost-saving alternatives. I finally just assumed Blue Shield, like all companies, was being cautious, and their keeping my policy unaffected was one way of expressing that.

As things moved along this year, I heard about the horrid online glitches, bumps and starts, and so I waited. Then, as the open enrollment deadline of March 31 loomed, I found a policy on CoveredCA.com that looked similar to the one I had, but was only $87 per month and had a $500 deductible instead of the $2,900 deductible I was then stuck with. True, I’d been reduced to what is termed a “catastrophic” policy over the years. I had insurance, so I wouldn’t be bankrupted, but I’d take a hit if something major occurred. Until then I was forking out more than $3,000 a year to Blue Shield for nothing more than the “security” that insurance provides

I applied for the $87 per month policy via CoveredCA. And I waited. A flurry of mail soon arrived from both Blue Shield and CoveredCA welcoming and informing me about dates and payments, etc. I was to be insured as of April 1 — if I paid by March 26. The premium was suddenly $94. Not a big difference, but what gives? I went online and saw the premium had changed for both Blue Shield and CoveredCA. What’s more, my deductible, while remaining at $500 on CoveredCA.com, had ballooned to $5,000 over at Blue Shield.

“We are experiencing a high volume of calls,” ran CoveredCA’s prerecorded message. “Please call back at another time.” Click.

Blue Shield had a similar message, but theirs allowed me to stay on hold—over an hour to be sure. When I finally talked to a customer service agent, he told me I had a better policy with the $2,900 deductible—why would I give that up? I asked him how my $500 deductible turned into $5,000. He said he had no idea and that he couldn’t answer for what CoveredCA was putting on its website. He advised me that I should try for the Blue Shield Cadillac policy with a $250 deductible and all the bells and whistles, and if I couldn’t get that through CoveredCA, then stick with what I had. I had a feeling the Affordable Care Act was not in the business of offering Cadillac plans, so I thanked him and set to work doing my own research.

I discovered that other than the higher deductible, the CoveredCA plan, which was one-third of the cost for me, actually provided more coverage than the plan I currently had. Why Blue Shield didn’t inform me of this, I don’t know, as it appeared we’d both make money on the deal as the total premium was more than my current one: $400 v. $281, respectively. And, while I benefitted from the government subsidy, they’d be making more money by getting paid by me and the government. Again, I had to assume their goal is to keep the Obamacare pool as small as possible as it’s a more unpredictable group and their business is all about risk assessment.

Then, I may be completely off-base — if you’ve ever tried to read a health insurance policy, you know that those pages and pages of percentages, co-payments, co-insurance, in-plan, out-of-plan and the like, generally confuse more than clarify. You’ll find out when you use it. Which we all hope not to.

In the meantime, I’m insured, and even if my deductible is $2,000 more than it was, I’ll be saving more than that in premiums alone with the new plan as long as I stay healthy. And as I recall it covers 30 percent of mental health care, which I’m guessing I won’t need anytime soon as my stress level has already been reduced by affordable health care.

I feel I’ve gotten not only a good deal, but a hand up from my government, and a rebate on my Obama vote—the president I’ve been rapidly disowning is suddenly someone I’d like to give a big hug.

In Praise of Unsung Women and Their Work