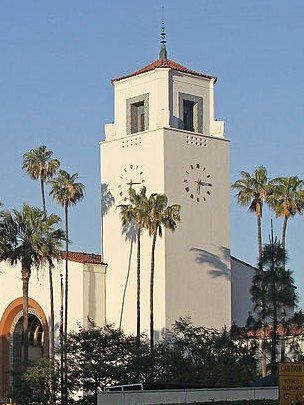 On August 29, 2012, one of the most important job creation and environmental bills in recent memory was adopted by the legislature and sent to the governor. Senate Bill 1156 was developed and introduced by Senate President pro tem Darrell Steinberg and supported by a strong majority in both houses. Steinberg built quiet momentum behind the bill starting last February, in partnership with a broad-based coalition of community, environmental, labor, smart-growth and good-government activists, with support from the counties, infill developers, non-profit housing developers and business.

Indeed, despite the fact that the new legislation builds on the mostly eradicated foundation of the old redevelopment scheme (see background here), the bill attracted surprisingly little opposition. The Howard Jarvis Taxpayers Association and the anti-union Alliance of Building Contractors (ABC) were its only formal opponents.

While SB 1156 is a comprehensive, “big picture” bill, it would also do a lot to help ordinary Californians. In a nutshell, it reconstitutes “redevelopment” upon an actual strategy to reduce pollution and promote sustainable development – as well as good jobs and affordable housing for disadvantaged communities. (In fact, the program will give counties and cities a major new tool to implement SB 375— a sustainable communities planning program enacted in 2008.)

A companion bill, AB 345 (Torres), guarantees the full and accountable expenditure of affordable housing funds created by the program.

This new program be could used to develop real communities in a way that creates opportunity for thousands of people across the state. Take, for example, Union Station in downtown Los Angeles. Recently, L.A.’s transit agency bought the historic train station from a private owner, the Catellus Corporation, and has plans to develop the station itself. Union Station will be one of the key stops on the new high-speed rail line, which now has federal and state funding for the construction of its tracks and infrastructure.

What the City and County of L.A. don’t have are any resources or any special land-use authority to develop the area around Union Station into the kind of densely populated, mixed-income community that would be ideal to surround one of the state’s largest transit stops – the kind of place where people of all incomes can live, use mass transit to get to work and walk nearby to shop and dine. Add to these advantages many new good jobs – both in constructing all the buildings and infrastructure, as well as permanent, living-wage positions in the office buildings, stores and restaurants all around the station.

The bill will also give cities a tool to focus on creating mixed-income, job-rich communities around new transit stops that are popping up all over the state, especially as cities—such as Los Angeles—invest increasing public dollars in building public transit. Also, the bill allows cities and counties to target the development of clean energy manufacturing centers and small walkable communities throughout the state.

Senate Bill 1156 would create jobs and affordable housing, and promote a vision of health and sustainability that we can be proud of. Urge Governor Brown to sign SB 1156 and AB 345 by faxing letters to: Governor Jerry Brown; fax: (916) 558-3160. (Please email copies of your letters to Madeline Janis, mjanis@laane.org.)

Do Corporations Care About Wages?