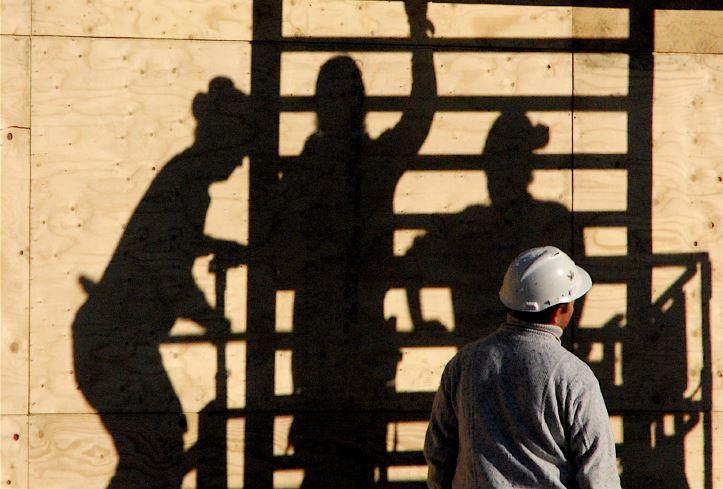 In 2012 California’s construction industry took in a respectable $152 billion, employed nearly a million workers and is now projected to grow 26 percent by 2020. But according to a recently released report, a pall is threatening to settle over this otherwise bright horizon. Sinking Underground: The Growing Informal Economy in California Construction identifies an ever-expanding segment of workers in the industry who are not reported by their employers or are misclassified as independent contractors—characteristics of the “informal economy,” or what is more commonly referred to as an underground economy.

The study’s disturbing research suggests that informal construction, which benefits the state’s unscrupulous labor brokers and contractors, and the real estate developers who hire them, is partly responsible for the hollowing out of California’s middle class.

Sinking Underground was conducted by the Economic Roundtable and tracked labor statistics from 1972 to 2012. Forty years ago, according to its authors, fewer than six percent of construction jobs fell into the informal category. Not unexpectedly, this figure increased when economic downturns triggered formal job reductions in the industry. Four years after the official end of the Great Recession in 2009, only 66 percent of the state’s construction jobs had been recovered in the formal sector – while informal jobs have steadily rebounded to pre-recession levels.

“The net impact of the growing informal economy,” write authors Yvonne Yen Liu, Daniel Flaming and Patrick Burns, “is that families and communities are cheated of revenue. Construction workers in the informal economy earn about half what their formal counterparts bring home. As a result, more households with an informal construction worker live in poverty rather than in the middle class. Governments are cheated of revenue from employer and employee contributions to federal and local social insurance funds.”

Other key findings include:

According to Yvonne Liu, one of the report’s authors, setting a wage floor is a first step toward a remedy that would benefit all.

“Establishing a wage floor is a good start to ensuring that workers, regardless of whether they are informally employed or not, are fairly compensated with a sustainable wage,” Liu tells Capital & Main. “Increased wages also ensure continued growth of our economy. Our models estimated that almost 10,000 new jobs would be created — every $1 million in raised wages would create close to eight jobs.”

She adds that public awareness about who profits from the informal economy can play a big part in minimizing its damage:

“Increased publicity around cheaters is an effective deterrent. Enforcement agencies need to publicize the identity of cheaters through press releases and by capturing the media’s attention.” Liu says unions can also play a big part in the solution.

Wages: How Low Can You Go?