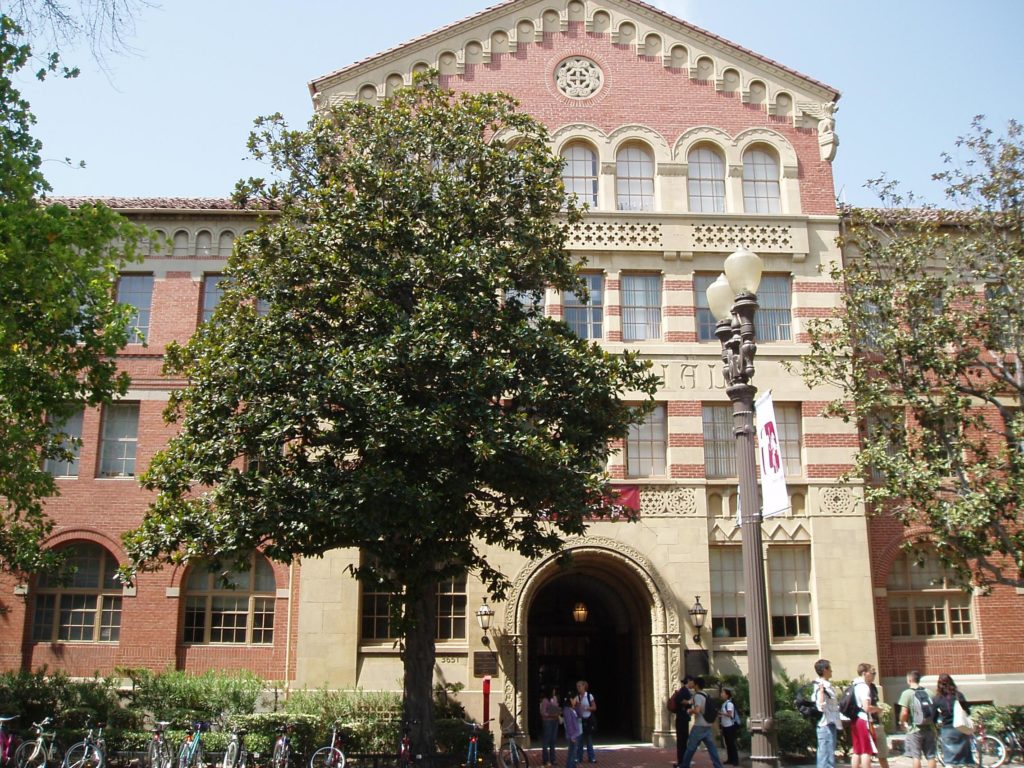 68 faculty members signed an October 28 letter that questioned the university’s handling of Fenwick’s complaint against Guerrero.

Less than a week after a graduate student sued the University of Southern California for allegedly failing to adequately protect her from a professor who she said had sexually harassed her, students in the university’s School of Social Work told administrators they did not feel safe.

“Our main message to the administration was that we don’t feel safe the way things are right now,” Social Work doctoral student Robin Petering said after what she described as a “tense” but productive meeting on Monday where she said students covered the room’s windows to ensure their anonymity.

In her suit filed in Los Angeles Superior Court, USC doctoral candidate Karissa Fenwick said Social Work Professor Erick Guerrero, her dissertation advisor, tried to kiss her, causing her to flee his hotel room in January when they attended a conference in New Orleans. The next day, the suit said, Guerrero warned her not to tell anyone about the incident, saying, the Dean “has invested a lot in me and would never take your side.”

Fenwick said she wrestled with whether to report Guerrero. “On the one hand, reporting him felt like I was sabotaging my whole career,” she told CBS news after filing her lawsuit. “And on the other hand I felt like I could not stand back and just wonder if it was going to happen to somebody else if I never said anything. I felt I had to do it to protect other students.”

The university said in a statement that it took Fenwick’s complaint “very seriously” and “thoroughly investigated the claims.” Based on its findings, the statement said, USC disciplined Guerrero. “A financial penalty was imposed, he was barred from leadership positions, his office was relocated away from students, and he will not teach classes or supervise students for the current academic year and beyond,” the statement said. “And he was warned that any recurrence or retaliation could lead to dismissal.”

The statement also said USC “sought to support” Fenwick by providing a new dissertation advisor and prohibiting Guerrero “from any and all contact with her.”

Guerrero has denied the charges in Fenwick’s suit and has filed a grievance against the university for its handling of the case. He alleged in court papers responding to her complaint that Fenwick is retaliating against him for confronting what he called her inappropriately flirtatious dancing at a piano bar they and other colleagues visited before returning to his hotel room where he went to charge his phone. He said he also suggested that she find another supervisor for her dissertation.

“I would never put myself in a compromising situation that can take away all the things I have worked so hard to accomplish,” Guerrero said in a statement to CBS news.

Fenwick has denied Guerrero’s accusations, and her lawyer, John Winer, called his characterization of the evening in New Orleans as “slut-shaming.”

Fenwick’s lawsuit contends that a second student, identified only as “Student X,” also received unwelcome sexual attention from Guerrero about six years ago with invitations to the opera and compliments about her hair and outfits. Guerrero, the complaint alleges, once told Student X’s boyfriend at a dinner they attended, “You have good taste, and I’m not talking about your plate of food.”

“We simply cannot reconcile the limited sanctions imposed by the university in light of our Office of Equity and Diversity’s determination that this colleague not only sexually harassed two students, but also then attempted to dissuade a complainant from reporting the incident,” the letter said. It also called on the university to consider dismissing Guerrero.

Fenwick and her supporters would like to use her case to make university-wide changes that result in more stringent discipline for harassment and more transparency about the results of investigations.

The lawsuit and university investigation are playing out against the backdrop of a rash of media reports of sexual harassment and other improprieties at USC, raising the question for some whether the university is doing enough to create a safe environment on campus. The Los Angeles Times has reported that USC Vice President of Advancement and Health Sciences Development David Carrera left his job in the wake of allegations that he sexually harassed female colleagues.

The Times reported in July that the former Keck School of Medicine Dean, Carmen Puliafito, had engaged in illegal drug use and consorted with prostitutes. Puliafito’s replacement, Rohit Varma, resigned as dean in early October after the Times revealed that he had been disciplined after a sexual harassment allegation from a young researcher in 2003.

These administrators were in high-profile positions and responsible for raising millions of dollars for the university. Guerrero, an associate professor, is an important figure his field, according to Fenwick, who has published with him.

The university has taken some steps in response to the harassment cases that have come to light over the past year. It has created a task force to oversee and implement workplace standards and a new vice provost of leadership development is being established to oversee hiring processes and work environment, according to the Daily Trojan, the campus newspaper.

Fenwick, who does not know if she will continue to pursue a career in academia, told Capital & Main she was asked to keep the investigation confidential even after the university found that Guerrero had violated the school’s sexual harassment policy. That sends the wrong message, she said.

“It’s hard to prevent sexual misconduct if people don’t ever see any deterrent to those behaviors,” Fenwick added. She said that while she can understand the impulse to want protect the professional reputation of someone found to have engaged in harassment, it is more important to the overall culture of an organization to send a message that the behavior will not be tolerated.

“I think we need to have more open conversations about what went wrong in my case,” Fenwick said. “We need to discuss what zero tolerance really means for anyone who is found to have engaged in sexual misconduct.”

Guerrero’s attorney, Mark Hathaway, said this case represents what’s wrong with having university administrators enforce Title IX rules governing sexual misconduct cases that can have such dire consequences for the accusers and the accused.

Hathaway said his client was unable to examine the evidence used to support the university’s sanctions against him. “The use of secret evidence in the 21st Century of the United States” for making important decisions is “unfathomable,” Hathaway said. The university did not respond to Capital & Main’s request for a response to Hathaway’s comments.

On Monday, School of Social Work Dean Marilyn Flynn released an open letter to students, faculty, staff and friends of the school in which she addressed the broader discussion around sexual harassment taking place across the country.

“The situation we find ourselves in today is sadly playing out in greater numbers and far beyond the walls of our institution,” Flynn wrote. “I am proud that the shame or fear that drives these incidents into secrecy is being replaced by the courage to come forward and say, ‘This happened to me and I won’t be silent about it anymore.’”

Correction: Due to an editing error, an earlier version of this article incorrectly ascribed Erick Guerrero’s quote to Student X’s boyfriend as having been made to Karissa Fenwick’s boyfriend. We regret the error.