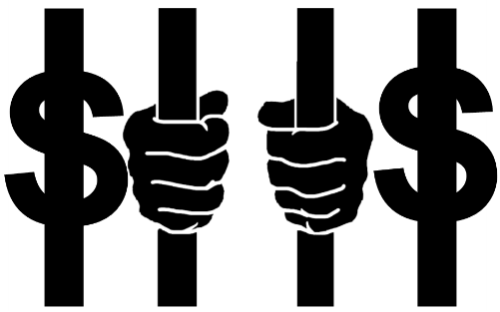 We all know the political shorthand: “red” states vote conservative while “blue” states vote progressive. But these days the deep red hue of Idaho, Arizona and Texas isn’t just a reflection of their political leanings; it’s all the red flags voters are raising about private prisons in those states.

In 1997, Corrections Corporation of America (CCA) took over the Idaho Correctional Center. Predictably, the facility was soon plagued with rampant violence, understaffing, gang activity and contract fraud committed by CCA. One former inmate said the facility was so violent that it was commonly referred to as “gladiator school.” What’s more, in 2012 the Associated Press showed that taxpayers didn’t even get the savings they were promised.

This month, tired of the bad headlines, Idaho Governor Butch Otter – a strong proponent of outsourcing – announced that the state is taking back control of the privately run prison.

Meanwhile, in Arizona, The Arizona Republic recently let loose with an expose, editorial and column excoriating the private prison industry for lockup quotas contained in state prison contracts, including a 90 percent quota at the state’s Red Rock facility. In the Public Interest documented the prevalence of these quotas in our recent study, Criminal: How Lockup Quotas and “Low-Crime Taxes” Guarantee Profits for Private Prison Corporations.

And let’s not forget Texas, which last year closed two of its private prisons thanks to pressure from a coalition of advocates in the state.

In the Public Interest will continue to shine the harsh light of truth on the private prison industry. But the stories above demonstrate real progress in challenging their threat to our democracy – in red states and blue states alike.