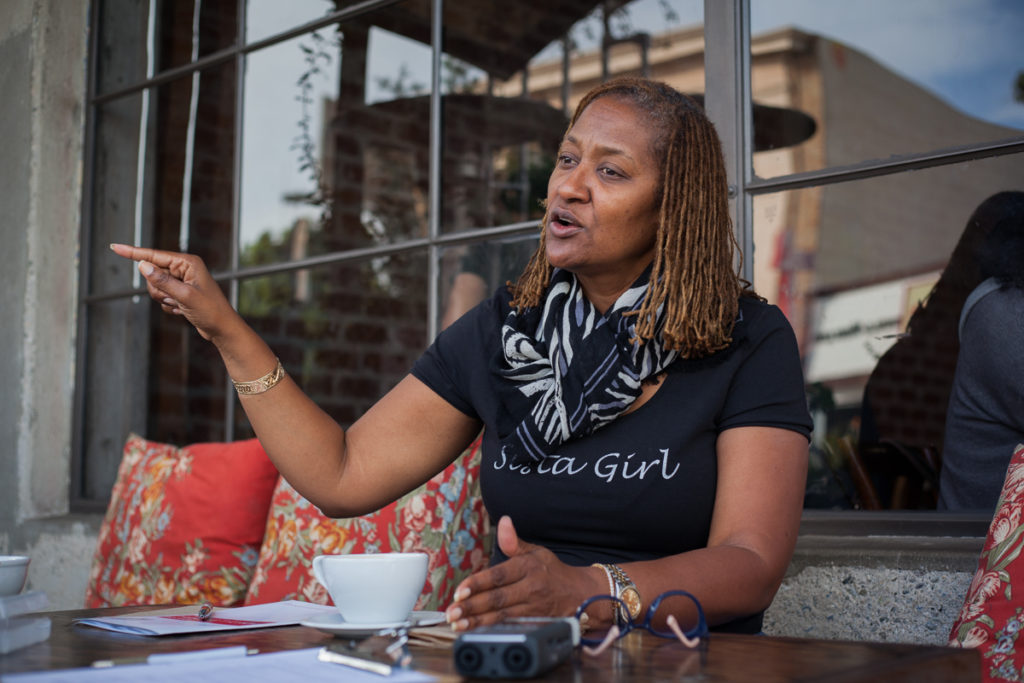 Holly Mitchell, the state Senator who represents Los Angeles’ heavily blue-collar 30th District, has been called by one colleague the “social conscience of the entire Senate.” A personable policy wonk whose career included a stint as chief executive of Crystal Stairs, a child development nonprofit, Mitchell chairs the Senate Budget Committee — the first African-American woman to do so. She recently sat down in Pico-Fairfax with Capital & Main at the Paper and Plastik Cafe to talk about the possible effects of the Republican tax bill on California’s poor.

Capital & Main: Taking the temperature between now and New Year’s, what’s your prognosis for the House and Senate tax bills?

Senator Mitchell: The GOP tax plan is a redistribution of wealth from the poor to the rich or semi-rich. It gambles away the health care of poor people and this is unacceptable.

I’m so disappointed with the work of the [U.S.] Senate Budget Committee. I can’t imagine being a legislator, getting a report from the Congressional Budget Office that says the things it says about these bills — and voting to pass it. Did they ignore it? Did they not care?

One Senator, when interviewed, expressed concern about the bill’s potential to make the deficit skyrocket. When asked if that was enough to make him not vote for it he said, “I’m not sure. I’m still working on it.” Senator Mitchell: The whole point of having the support of fiscal analysts and the Congressional Budget Office, with their independent status, is to provide you with critical data to help you make a decision. How can you say, “Oh yeah, that’s bad, but I’m not sure if I’m going to go forward on this or not”? Politics is continuing to trump — lowercase T—what’s best.

Senator Mitchell: Am I concerned? Yes! But I think what I’m more concerned about now is the Healthy Families Program.

This is the entitlement for California families who aren’t poor enough for Medi-Cal — but don’t earn enough to have private insurance.

Senator Mitchell: It provides care for about two million kids [and] requires federal reauthorization. And [Congress] has not reauthorized it. That could have immediate impacts on California’s budget. It’s a separate process [from the federal tax bills] but they have already missed the deadline.

It’s also been said that the tax proposals could undermine affordable housing construction in California because they would affect the credits and tax breaks that developers receive.

Senator Mitchell: Yes, which are critical for developments to pencil out. Given how far behind we are in terms of our housing-unit need, it would be devastating. L.A. County has done amazing things — voters have said yes to Prop M, yes to Prop HHH. All of that could be compromised — this delicate balance where developers can come in, get these credits to build affordable units. We’re already behind the eight ball in terms of our need. This would be yet another blow.

Defenders of the tax bill say everybody will get their taxes cut initially. Then by 2027, according to the Congressional Budget Office, middle- and low-income people will experience a net loss.

Senator Mitchell: They claim that they’re protecting “the middle class” — folks who make $100,000 and over. But that’s not how we define the middle class in California—here the salary threshold is much lower. What they claim is good news, I think, masks the bad news. And they’re rushing it through the process.

What steps are needed to analyze and create a response for a new federal tax plan’s effect on California? 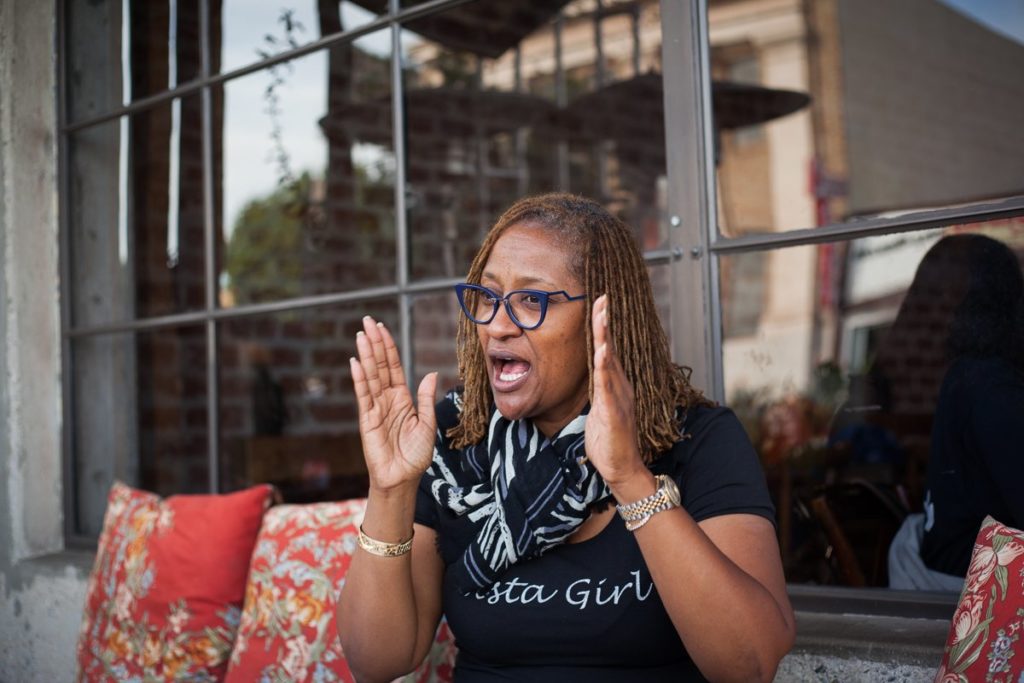 Senator Mitchell: It will be a process. Unlike [the U.S. Senate], I will rely on our Department of Finance, the Legislative Analyst’s Office, the Senate Budget Committee staff to have discussions, to have a full budget hearing.

What’s your sense of the tax proposals’ potential effect on the state’s economic health?

Senator Mitchell: How we earn income as a state government could be severely impacted. We are socking money away into rainy-day funds to try to prepare for the time at which our recovery will slow down — [but] we couldn’t save enough to prepare for these [federal] proposals and the kind of hole they could blow in the state’s general fund.

What’s your plan if California does take a financial hit?

Senator Mitchell: As budget chair, I would be forced, as painful as that would be, to go back to the days of cutting. We may not be able to use a scalpel. It may be sledgehammer time — it would be devastating. In terms of the trend we’ve experienced with investments in K through 12, early education, the investments we have made in the last couple of years in the University of California and Cal State University systems — all these investments that we’ve made to expand access to services, would be impacted.

We fund Opti-Cal and Dental-Cal [for eye and dental care] — those are the kinds of core, basic human services that we could potentially have to roll back again. Medi-Cal funding helps undergird and support our overall health-care delivery system. If that went away, everything would be compromised.

In Southern California, a Renewed Push for Rent Control to Combat Gentrification

End of the Legal Line for Gerawan Farms