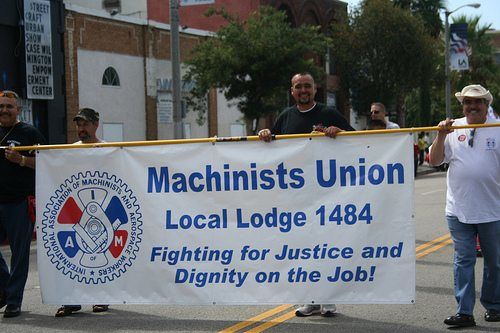 This legislative session brought some exciting victories as well as some deep disappointments. Labor accomplished big things this year that benefit all Californians but when it came to advancing worker protections, many of those bills were vetoed.

A Series of Set-backs: While we made good progress this year on rebuilding our economy, several bills to protect the most vulnerable workers did not fare as well.

These losses were painful, especially because so many workers sacrificed so much to make their worksites safer, fight for fair wages, demand respect, and win the right to organize.

2012 was a great beginning in investing in California’s future. But we must invest in California workers, too. An economy that works must be built on a middle-class workforce that has a voice on the job and rights on the books. That will be our challenge for 2013.

Caitlin Vega is legislative advocate at the California Labor Federation. Her post first appeared on Labor’s Edge and is republished here with permission