Before Capital & Main emerged from our earlier blog, Frying Pan News, writers Vivivan Rothstein and Steven Mikulan took in a movie now and then. Here are excerpts from some of their 2013 reviews.

12 Years a Slave Towering profiles of moss-hung oaks, silhouetted against languid Southern sunsets, form some of the indelible images from Steve McQueen’s new film. So too do gruesome close-ups of the scarred backs of antebellum slaves, whose skin has hardened to bark by years of whippings. This is the central visual paradox in 12 Years a Slave, which contrasts quiet moments of primeval, pastoral beauty with the loud, primitive violence practiced by plantation owners. (Steven Mikulan)

Go Public I wanted to cry after watching Go Public: A Day in the Life of an American School District. After the hour-plus video collage of complex and inspiring day-to-day interactions that make up our nation’s public schools, the film culminates in pleas from teachers, parents and maintenance staff to the Pasadena Board of Education to forestall millions of dollars in new budget cuts to the district’s schools. (Vivian Rothstein) Before Midnight What is amazing to me about the dialogue is that Celine (Julie Delpy) articulates the insecurities and fears that can drive women crazy as we struggle against entrenched gender roles — the very roles that can undermine female ambition, self-confidence and achievement. Who ends up doing the most child care? Who has the intellectual discussions while the other makes the dinner? Who sacrifices their career for the other’s? Who is called from work when the kids are sick? And who is keeping track? You bet — it’s usually the woman. (Vivian Rothstein)

Fruitvale Station This is a low-budget movie filmed in Super 16 (as opposed to the standard 35mm format), yet it has a crisp look to it. [Director Ryan] Coogler, who befriended the Grant family during production, shot his locations where [Oscar] Grant’s story took place, and the San Francisco Bay Area’s bright skies and clean streets create a visual counterpoint to the grinding economic and emotional hardships confronting Oscar (Michael B. Jordan), his girlfriend Sophina (Melonie Diaz) and their young daughter, Tatiana (Ariana Neal). (Steven Mikulan)

Feminist: Stories from Women’s Liberation As Betty Friedan says in the film’s closing moments, there are thousands of activists from those times whose stories are just waiting to be told by the present generation of female scholars — suggesting that the role of younger women, rather than being irrelevant to the cause, is critical in documenting, interpreting, preserving (and expanding) the accomplishments of 1960s feminism. (Vivian Rothstein) 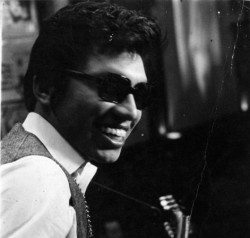 Searching for Sugar Man The Oscar-winning documentary film by Swedish director Malik Bendjelloul hits you in the heart. You walk out of the theater feeling the world can be redeemed — and that it is possible for a person to be recognized for their talents and contributions even after years of obscurity and seeming inconsequence. If it could happen to a musician called Rodriguez then, perhaps, it could happen to the hundreds of other equally talented and modest people in this world. (Vivian Rothstein)

“Unfathomable”: Why Is One Commission Trying to Close California’s Largest Public College?