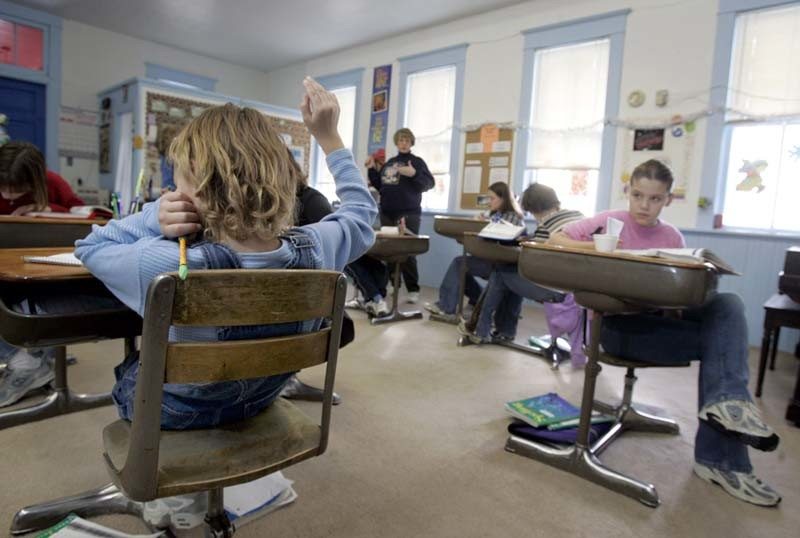 (Lisa Schiff is a member of Parents for Public Schools of San Francisco. Her post first appeared in BeyondChron and is republished with permission.)

A friend of mine emailed me last fall incredibly worried about the impact of potential sequestration cuts on schools and students across the country. He was a long-time Washington D.C.-based public education advocate, so I was simultaneously unshaken and unnerved by his concern. Sequestration seemed like a D.C.-based fear, so unlikely to actually happen given the blowback that would surely come from such imprecise cuts. But my friend’s many years of fighting for resources for children’s education meant that I couldn’t really ignore his concerns, and so his words remained a low-level worry until March 1, when I had to concede that he’d been right all along.

Funding for shared needs like education is always at risk and the past few weeks have highlighted just how great that risk is. Our schools have seen this play out at every single level of fiscal management. Nationally, sequestration is supposed to trigger across the board cuts that for schools will increase in the fall if Congress and the Whitehouse don’t come to some agreement. The timeline of when cuts will be felt is varying, but will likely start after March 27 when the federal government runs out of money, unless a new temporary funding measure is passed. According to the recently shuttered Public Education Network and the New York Times, the silver lining is the many months lead schools will have to plan large reductions to programs like Title I that provide significant resources for educationally disadvantaged children. That may be, but what’s in front of us now is bad enough, especially for Special Education funding, which has never been where it legally should be. According to a report detailing the sequester impact put out by the Whitehouse Office of Management and Budget, the Department of Education’s Office of Special Education will have an almost $1.5 billion dollar cut right now, because of the way that funding is provided. Yes, that’s “billion” with a “B” and it’s hard to believe. Students absolutely need those services that are being cut and school districts that are legally bound to provide them are already struggle to do so without sufficient funding. The ripple effect from these cuts alone will be tremendous—what the picture will look like if more cuts come in the fall is hard to image.

The sequestration threat provided a surreal backdrop to the too concrete yearly and demoralizing legislated requirement to send out layoff notices by March 15. As School Board member Rachel Norton details, just under 200 notices are going out this year. If past years are any indicator, many of these staff members will likely (hopefully) receive notices later on rescinding the layoffs, but how many depends on so many financial factors. The early date for sending out the notices, which is ridiculously far in advance of any budget information for that coming year, causes incredible trauma for everyone concerned, is an expensive process and no doubt leads some teachers to just walk away and not way for the hoped for retraction. In a surprising turn, Senate Republican Leader Bob Huff has introduced legislation moving the initial layoff notice date to June 1, so that districts might actually be able to use more meaningful budget projections in their planning. The final notices would go out on August 1, which is late in the game for teachers who would need to find a new job, but hopefully the number of notices would end up being smaller.

Commissioner Norton’s meeting notes also mentioned that 33 staff members were “non-reelected,” meaning that they were teachers in their probationary period who by definition could be (and, in these cases, were) let go at the prerogative of their principal:

“This is a very difficult decision, because by definition, a non-re-election of a probationary teacher can be made without any specific cause. A probationary teacher can (and many do) receive satisfactory evaluations and still not be re-elected, simply because the administrator supervising them does not feel it is a good enough fit to grant them tenure status.”

Probationary periods are common in many employment areas, but the high turnover in teaching makes it desirable to have a different approach if possible. In other words, does it really have to be a “yes” or “no” decision? Could these teachers be counseled or placed elsewhere? This is a complicated situation that would take some thought to address, but investing in people who want to teacher seems like a wise and efficient choice.

While unknown levels of sequestration cuts are looming, the state budget is just as uncertain. The passage of Propositions 30 and 39 brought a significant measure of budget relief and stability, but the California Budget Project’s analysis shows that even with these increased resources and increased spending on schools, the level of education spending (adjusted for inflation), is still below 2007-2008 levels. Of course, the level of funding isn’t the only challenge–how that money is distributed is incredibly significant. This is yet another area where Governor Jerry Brown is hoping to leave his mark. Part of his January budget proposals include a weighted pupil formula approach, similar to the “weighted student formula” approach that we use in the San Francisco Unified School District (SFUSD). The idea behind it is that it costs differing amounts to provide educational services to different children, poor children and English learners in particular, even with the same set of educational goals and criteria. All students would have a baseline funding level, but then students who need extra support and services, would get more allocated to them, so their districts and schools overall would receive more. Phased in gradually, districts that according to this formula should receive less, wouldn’t get a cut this year, and in fact, Brown estimates that most districts would receive more. In this model, compared to $7,250 per student in 2011-2012, SFUSD students would receive $7,529 for the 2013-2014 school year, $7,957 for the 2014-2015 school year, until the amount reached $11,171, bringing us closer to (but still not at) the funding levels of other states like New York.

Like the sequestration, there are a lot of uncertain elements to this financial future, but at least Brown’s plan is moving in the right direction, with more funding and more equity in that funding.

Related Topics:California Public EducationeducationSequestration
Up Next