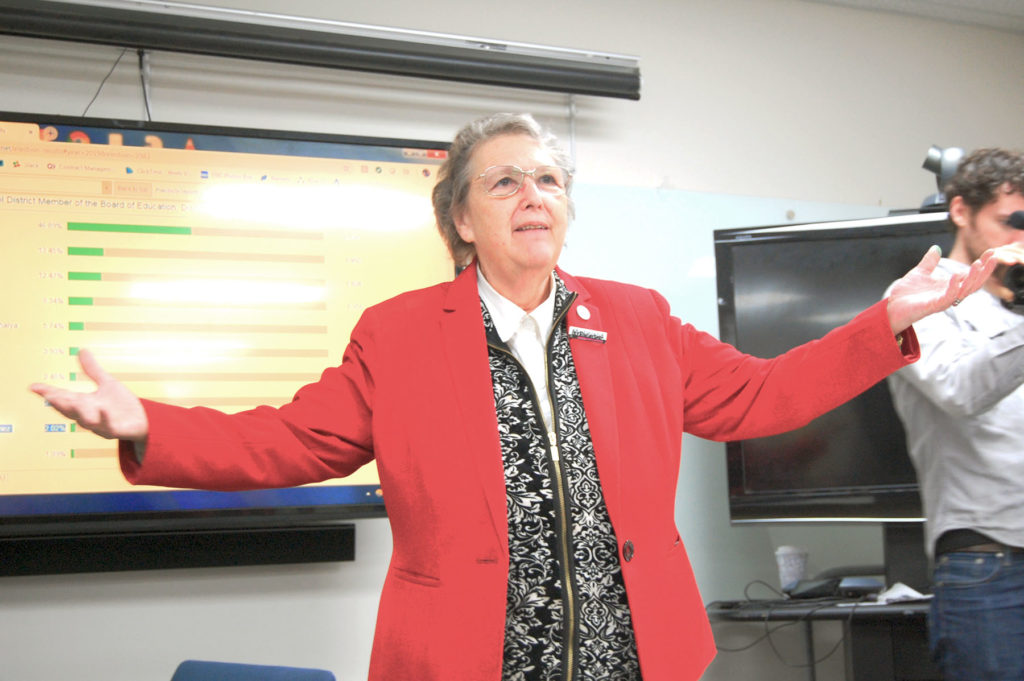 The future of L.A. Unified supe Austin Beutner’s plan to remake the Los Angeles Unified School District into a charter school portfolio district got considerably cloudier Tuesday with Jackie Goldberg’s whopping 48 percent first-place finish in LAUSD’s special school board election. Goldberg, a well-known education progressive who campaigned on a vow to lead the fight for a charter moratorium and for restoring pre-Proposition 13 levels of school funding, could still win the seat outright if she takes enough of the remaining 4,700 uncounted mail-in ballots. Otherwise, she’ll face either Huntington Park councilmember Graciela Ortiz (at 13.3 percent) or former Eric Garcetti aide Heather Repenning (13.09 percent), who remain in contention for a distant second place spot, in a May 14 runoff. Stay tuned.

A charter moratorium was also at the center of this week’s settlement to the seven-day Oakland teachers strike. That deal pledges that OUSD school board chair Aimee Eng will introduce resolutions for a charter moratorium and for a five-month hold on further school closures. (It also includes an 11 percent raise, modest class size reductions at “high needs” schools and a district promise to hire more counselors, psychologists, speech pathologists and other support staff.) Up to 24 OUSD public schools have been slated for possible shuttering or consolidation as part of a district austerity plan to slash spending.

The Oakland Education Association’s narrow (1,141 to 832) ratification margin reflected rank and file unease that the district might pay for the contract by moving ahead with $20.2 million worth of cuts in staffing and programming as part of a state bailout — a vote that strikers and community members had already blocked three times during the walkout. Those fears were realized when the board met during the resumed school hours to pass the cuts, which will decimate the district’s restorative justice and Asian Pacific Islander support programs, and generate 100 pink slips that include 33 support staff members, three counselors, three teachers and one police officer. However, with the vote coming three days after the March 1 deadline set by a 2018 law that ties a state bailout to draconian spending cuts, it remains unclear whether the money can legally be released to OUSD.

After over two years of threatening to launch a big-ticket federal school voucher program, U.S. Secretary of Education Betsy DeVos last week did the next best thing — she backed a Republican proposal for a $5 billion private-school scholarship tax credit sponsored by Representative Bradley Byrne (R-AL) and Senator Ted Cruz (R-TX). The credits, which are already allowed by about a dozen states (California is not one of them), are meant to pay for private and religious schooling without directly using tax dollars. The program would most hurt lower-income kids by further siphoning enrollment and resources from the underfunded public schools that most are attending.

The proposal has already run into bipartisan hot water. Ultra-conservatives worry that conditions placed on the money would penalize schools that racially discriminate or teach creationism and climate denial. Democrats are even less enthusiastic. “This proposal is dead on arrival,” said Patty Murray (D-WA), the ranking Democrat on the Senate Education Committee.

The right of hate groups to recruit on campus received a ringing endorsement last weekend when President Donald Trump, speaking at CPAC (Conservative Political Action Conference), threatened to issue an executive order barring federal research dollars to “colleges and universities that do not support free speech.”

In a response, Terry Hartle, senior vice president for government and public affairs at the American Council on Education, called the presidential threat “a solution in search of a problem.”