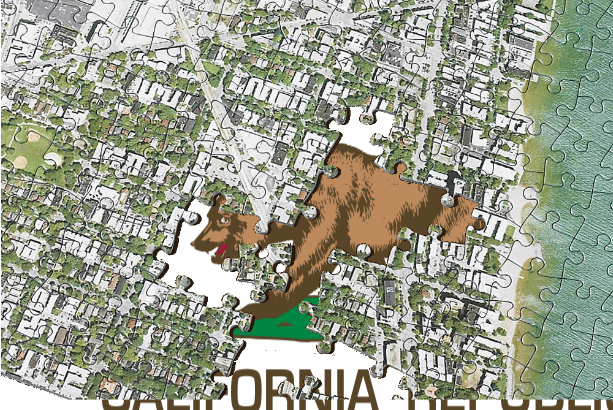 NRDC [Natural Resources Defense Fund] and Move LA released a report today touting the expansive benefits of sustainability planning in three of California’s largest cities—representing nearly two-thirds of the state’s population. The report explores how Los Angeles, Sacramento and San Diego are already building the cities of the future thanks to the Sustainable Communities and Climate Protection Act, or SB 375, authored by Senator Darrell Steinberg in 2008.

Four years ago, SB 375 was nothing less than a revolution in the way California plans for growth.  It linked regional transportation planning to reducing greenhouse gas emissions, encouraging a wide range of travel options and giving Californians the kinds of communities they want.

Our analysis found that enacting SB 375 into law was an achievement that distinguished California as a national leader in creating communities that meet both our economic and environmental challenges. The latest plans to be adopted will make it easier to walk, bike and take public transportation, and provide more housing options to Californians of all incomes.

But a plan is not enough.  From the very beginning, we knew that we needed to bring new resources to these communities if we wanted to see the real change SB 375 envisions.

Fortunately, Senator Steinberg saw this need as well, and met it head on.  Earlier this year, he introduced SB 1156 to give cities and counties a modest tool to support the kind of sustainable economic development that these successful SB 375 plans envision–the kind of development that creates good jobs, affordable housing and a healthy environment. SB 1156 would give local governments a way to finance the very projects elected officials in Los Angeles, Sacramento and San Diego all agree will promote commerce, save Californians money and help stop global warming.

Senator Steinberg said the following of the report: “When Governor Schwarzenegger signed SB 375, we knew the law had the potential to significantly improve the California way of life. Four years later, the first round of regional plans have strongly embraced this vision. Governor Brown can help to ensure that California communities pivot permanently in the direction of sustainability by signing SB 1156, to give local governments the tools they need to implement these great plans.”

SB 1156 made its way through the legislature and is now awaiting the Governor’s signature. It is supported by business groups, labor unions, environmentalists, developers, housing advocates and public health experts. The Governor’s signature on SB 1156 would take us that much closer to turning these great plans into California’s reality.

SB 375 has resulted in strong regional plans that create a blueprint for growth in California that meets our economic and environmental challenges. SB 1156 is the next piece in the puzzle, a constructive next step to move these innovative plans forward as the remaining SB 375 plans are adopted across the state—bridging our communities with the future we deserve.

Amanda Eaken is the San Francisco NRDC’s deputy director for Sustainable Communities. Her post first appeared on the group’s Switchboard site and is republished here with permission.