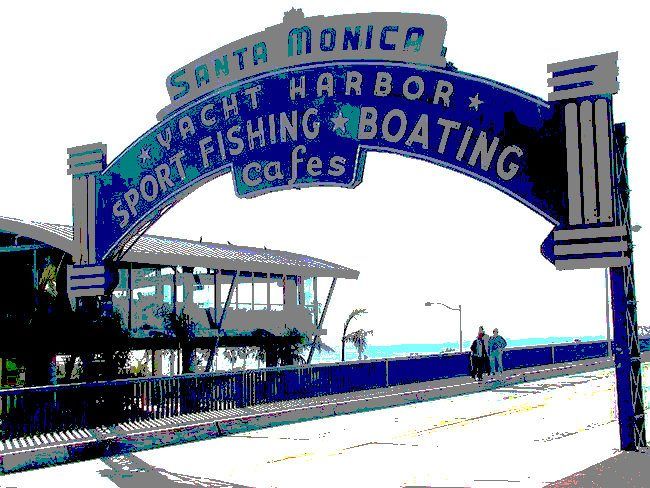 If absence makes the heart grow fonder, distance makes reality look rosier. From a long way off Santa Monica appears like a liberal’s fantasy of justice in paradise. After all, we have a tough rent control law and we’ve had a mostly enlightened city council, government and school board for more than three decades. But from up close, the picture’s not that sweet.

A recent hotel approval exposed the reality. A developer wanted some special consideration for the 710 Wilshire hotel project that was oversized and out of conformance with zoning standards. Hotel workers in the city wanted to guarantee a decent wage for the people who would work in the new hotel as well as those who would build it. The city staff likes hotels because they provide an easy source of revenue. But the developer wouldn’t budge on the wage issues.

He wasn’t willing to require an operator to pay a decent income to hard-working, low-income families – or guarantee decent health-care coverage. The hotel got the green light from the city council, the workers’ under-paid labor and health benefits will  make this project profitable to the developer, while residents will put up with the traffic and fallout from increased density.

Meanwhile down the street a Santa Monica College security officer pepper-sprayed students trying to get into a college board meeting. They were upset over a plan by the administration to hold summer classes with a two-tier cost system: One level offered classes as usual, but the second would be open only to people who could pay a steep tuition, similar to a private college’s. The goal was availability of classes for students who needed credits to graduate and transfer. The impact was felt by students going to school on a shoestring and who are worried about  going  deeper into debt.

Almost the same week an African American girl was stomped into unconsciousness by a couple of Latinas during lunch at Santa Monica High School. Racial tensions there have made “Samo High,” a rough ride for students for a long time. Administrators and the school board step up programs to deal with this turmoil when a crisis hits, then efforts lag, so it happens all over again.

In fact, it happened early last fall when a young African American man on the wrestling team was “hazed” by a couple of white kids on the team who used a hangman’s rope. Hazing is, apparently, a normal activity for the swim team, but the noose – which the white kids say meant nothing to them beyond a nebulous prank – brought up some bitter images for African American parents in Santa Monica.

Activists continue to push this issue, calling for the implementation of proven programs to combat inter-racial conflict, ethnic-sensitive curriculum and cross-racial dialogues. I am assured that something is in the works, but in the meantime people wait and the kids continue to act out.

Add to these matters the constant pressure in the state capitol from various landlord associations to end rent control statewide, and residents can see that the One Percent in Santa Monica hasn’t relented at all. In fact, the “vacancy decontrol” requirement written into state law and governing all rent control ordinances in the state already guarantees that, at best, rent control will be reduced to rent stabilization within a generation. Meanwhile the steep property values along the coast offer the incentive for developers to buy and tear down rentals and replace them with condos.

The people of Santa Monica – whether low-wage workers, poor students, people of color or renters – cannot depend on the elected officials to save us from ourselves. They help much of the time, but we must save ourselves. Only our involvement as advocates, along with our votes and our hard work on our own behalf, will make the future of Santa Monica as rosy as it looks from a distance.

(Note: An earlier version of this post incorrectly identified the athletic team involved in a hazing incident as a swim team; it was in fact a wrestling team.)