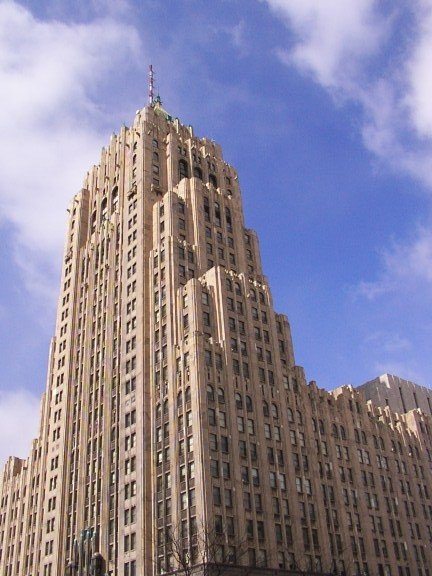 Many charter school advocates — often guided by a “free market” ideology — claim that charter schools force traditional public schools to innovate and provide better education. But in Detroit, where teachers and parents this week performed “walk ins” to show support for the city’s ailing public schools, the exact opposite has been true.

But even though Detroit’s residents elected him, Duggan can’t do much to help. DPS has been under state control for seven years, ruled by a series of “emergency managers” with unchecked authority over democratically elected local officials. The same tactic of “running government like a business” played a crucial role in the Flint water crisis. In fact, the same emergency manager who oversaw the switch to contaminated water in Flint — Darnell Earley — has been running DPS for a year.

Under emergency management, DPS has lost funding while more and more money has gone to the city’s charter schools, which are some of the least regulated in the nation. The Washington Post has described Michigan, along with Florida, as being on the “cutting edge of shifting public education into the private sector.” The result: what are essentially two separate school systems — one traditional, one charter — in direct competition for students and state funding.

This sort of competition — a zero-sum game — only helps some students and the management organizations and investors that profit from charter schools. Because charter growth has gone unchecked, DPS is struggling–and for no good reason. Charter schools have not performed better. In 2011, they were graduating 50 percent of their students while traditional public schools were graduating 75 percent. Despite this, Governor Rick Snyder and the state legislature bill that lifted an important limit on the number of charter schools allowed in the state.

Detroit’s schools need to be fixed now. But too much of DPS’s revenue is going to paying high interest rates instead of fixing buildings and paying teachers what they deserve. If charter growth continues unchecked and traditional schools lose more students, it will be even harder for DPS to pay down its debt and afford fixed costs, like buildings, maintenance, and administration.

While Detroit’s charter schools continue to increase in number, there are some students they’ve avoided. Students with special education needs make up 17 percent of DPS enrollment; but for charter schools, that percentage is nine percent. This difference further destabilizes DPS, as these students usually have higher costs associated with their education.

Michigan’s lawmakers should pay attention to the wisdom gained by other states and cities that have suffered through unchecked charter growth:

If charter schools were systematically outperforming DPS schools, these lessons would be easier to stomach in Detroit. But the city’s charter schools are rife with wasteful spending, double dipping, and insider dealing, and many have been allowed to operate for years despite terrible academic records.

The situation in Detroit is damning evidence against unchecked charter school expansion. Allowing more charters without planning and oversight prevents communities from stable, safe schools where children can learn from great teachers.

(This column is cross-posted on the Huffington Post.)
Related Topics:charter schoolspublic education
Up Next