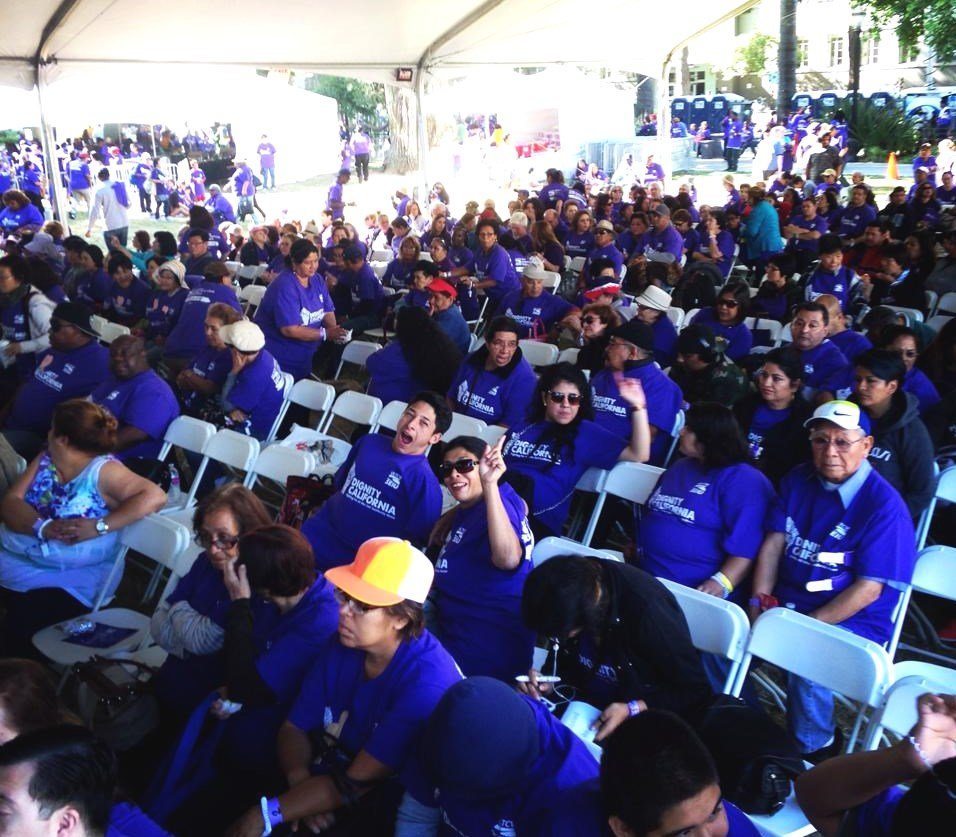 If proof is needed that good things happen to people who don’t just wait but act, look no further than Governor Jerry Brown’s agreement, this past week, to allow in-home caregivers to receive overtime pay. Last year his administration had claimed that such overtime, which the federal government had mandated for in-home caregivers, would pose a prohibitive financial burden for California. Then, in January, the governor unveiled a 2014-15 budget that explicitly capped caregivers’ hours at 40 per week for the program, which is administered by the state’s In-Home Supportive Services (IHSS).

Not only would low-income seniors and Californians with disabilities who require in-home care have to hire additional workers to meet their needs, but the cap also struck deep at the livelihood of many caregivers by taking away from them a substantial number of work hours. A January Capital & Main investigative story, written by Gary Cohn, revealed that the low-wage caregivers often work far in excess of 40 hours per week in meeting the health and housekeeping needs of their clients – many of whom are family members.

The governor’s change of heart did not result from being visited by three Dickensian ghosts. Rather, his shift most likely came from intense lobbying by both the United Domestic Workers of America (UDW) and United Long Term Care Workers (ULTCW), which had been holding meetings with legislators and staging rallies in Sacramento.

“IHSS caregivers applaud the IHSS overtime provisions included in the budget passed this weekend by the Legislature and sent to the Governor,” said UDW executive director Doug Moore and ULTCW president Laphonza Butler in a joint statement. “The legislature and the Governor worked together to craft a budget that does not include a ban on overtime for IHSS caregivers. This ban would have disrupted care for tens of thousands of recipients, and would have thrown thousands of caregivers’ households, many of which include the care recipient, into deeper poverty. Now, for the first time, caregivers in California will receive the same overtime protections that all other workers enjoy, and that is real progress toward equality and dignity.”

In addition to overtime, caregivers will also now be paid for travel time and wait time when working with their clients.

The U.S. Department of Labor’s order to extend overtime pay to two million home care workers nationwide falls under the authority of the Fair Labor Standards Act and the resulting new regulations is scheduled to go into effect January 1, 2015. That will be a happy day for both California’s caregivers and the people who depend on them.