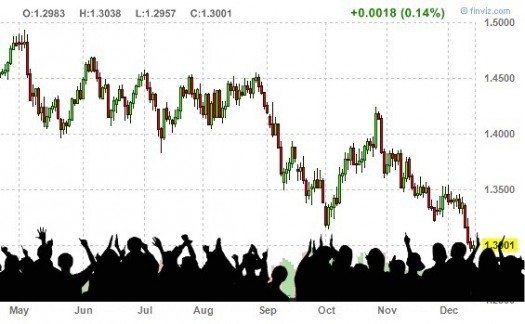 Job growth is sputtering. So why, exactly, do regressive Republicans continue to say “no” to every idea for boosting it — even last [month’s] almost absurdly modest proposal by President Obama to combine corporate tax cuts with increased spending on roads and other public works?

It can’t be because Republicans don’t know what’s happening. The data are indisputable. July’s job growth of 162,000 jobs was the weakest in four months. The average workweek was the shortest in six months. The Bureau of Labor Statistics has also lowered its estimates of hiring during May and June.

It can’t be Republicans really believe further spending cuts will help. They’ve seen the effects of austerity economics on Europe. They know the study they relied on by Carmen Reinhart and Kenneth Rogoff has been debunked. They’re no longer even trying to make the case for austerity.

It could be they just want to continue opposing anything Obama proposes, but that’s beginning to seem like a stretch. Republican leaders and aspiring 2016 presidential candidates are warning against being the “party of ‘no.’” Public support for the GOP continues to plummet.

The real answer, I think, is they and their patrons want unemployment to remain high and job-growth to sputter. Why? Three reasons:

First, high unemployment keeps wages down. Workers who are worried about losing their jobs settle for whatever they can get — which is why hourly earnings keep dropping. The median wage is now 4 percent lower than it was at the start of the recovery. Low wages help boost corporate profits, thereby keeping the regressives’ corporate sponsors happy.

Third, high unemployment keeps most Americans economically fearful and financially insecure. This sets them up to believe regressive lies — that their biggest worry should be that “big government” will tax away the little they have and give it to “undeserving” minorities; that they should support low taxes on corporations and wealthy “job creators;” and that new immigrants threaten their jobs.

It’s important for Obama and the Democrats to recognize this cynical strategy for what it is, and help the rest of America to see it.

And to counter with three basic truths:

First, the real job creators are consumers, and if average people don’t have jobs or good wages this economy can’t have a vigorous recovery.

Second, the rich would do better with a smaller share of a rapidly-growing economy than their current big share of an economy that’s hardly moving.

Third, therefore everyone would benefit from higher taxes on the wealthy to finance public investments in roads, bridges, public transit, better schools, affordable higher education, and healthcare — all of which will help the middle class and the poor, and generate more and better jobs.

The Job of a Lifetime: Caregiving for a Disabled Daughter

Behind the Stirring Among Low-Wage Workers