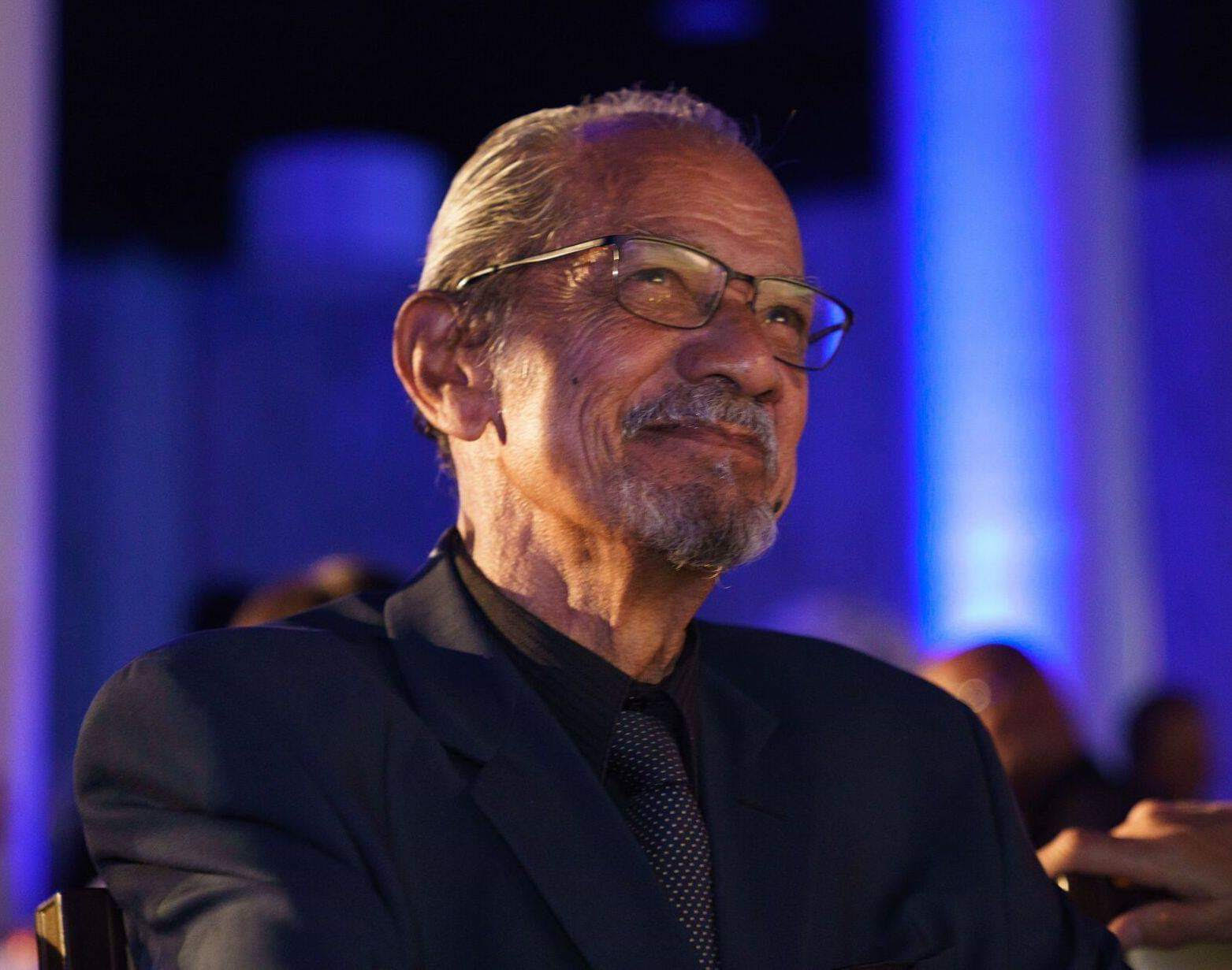 Long before I had even a flicker of desire to wander into journalism, I lived in a household centered on newspapers. My parents, both Los Angeles Unified School District educators, made sure my brother and I were aware of what was on those pages, but even more so, about what was absent from them. In a city as vast as Los Angeles, it was essential to learn how to read between the lines and to understand that there were always multiple angles to a story.

Through lessons like these, I first encountered writer and activist Larry Aubry in his columns in the venerable Los Angeles Sentinel, which, from a black Angeleno perspective, shined a light on everything from local politics, business and sports to expansive coverage of multitiered society life.

Our Los Angeles didn’t always emerge in the Herald Examiner and the Times. But you saw it take shape in the crisp lines
of Aubry’s 1,700 Sentinel columns.

I was in my last stretch of high school, and Aubry was not just  writing about the specific community I lived in—South L.A.— but was contextualizing it in a sharp, often blistering voice. He did so with a clarity and insight that we didn’t find anywhere else. For more than 30 years,  his 1,700 Sentinel columns tackled a panoply of themes: labor unions, city leadership, poverty, police violence, immigration, the sharp tensions of shifting demographics. Aubry, who died May 16, told the truth — whether it was laudatory or excoriating.

What appeared beneath that byline became essential conversation fodder: My mother’s teacher’s enrichment circle might land on a particular Aubry column topic, out of which a spirited back-and-forth would bloom. My father’s school district colleagues, along the sidelines at a weekly home-turf football game, would refer to him only by his first name, as if he were in the circle — because in essence he was.

That Los Angeles — our Los Angeles — didn’t always emerge in its breadth or complexity in the other papers that landed in our driveway — the Herald Examiner and the Times. But you saw it take shape in Aubry’s crisp lines and in his impatience with how inefficiently the wheels of “progress” turned for racial equity.

Born in 1933, he, like many of his generation, had traveled West as a child with his family — part of the black Great Migration out of the American South. For Aubry, though, Los Angeles was a city that, once unpeeled, left a bitter taste. While the de facto segregation he’d spent his earliest years navigating wasn’t in play, he confronted a stealth — and thus, more virulent — version of what he’d left back in New Orleans. Years later, in his columns, through his frame of reference, I recognized my family’s own frustrations with L.A. and its slippery promises.

During the 1940s and ’50s, while restrictive housing covenants attempted to strictly prescribe where black Angelenos could live, they could not limit how they would strive to shape their own fate. The “Eastside” that Aubry and his contemporaries referenced— an area bounded by Main and Alameda streets to the west and east, and Washington Boulevard and Slauson Avenue to the north and south—was black L.A.’s heartbeat. It was a template for possibility. From the 1930s well into the 1950s, African-American lawyers, pediatricians, teachers, musicians, tailors all lived and worked side by side.

Aubry was a tireless community activist who often repeated a line from one of his Eastside connections:
“We got what we wanted but lost what we had.”

Collectively, they defined and built a flourishing community from the ground up. But it was a black L.A. that, for me, lived only in old family stories. As the covenants fell, residents and businesses vacated to seek that California dream they’d set out for initially. It was a paradox that Aubry reflected on, often repeating a line from one of his Eastside connections: “We got what we wanted but lost what we had.”

Aubry was committed to what could be. He was, at his deepest roots, a tireless community activist. Post-Watts Rebellion, working for Los Angeles County for more than 30 years in varying social services roles, he spent a lion’s share of his long tenure as a consultant for its Human Relations Commission— a bridge-building delegation formed to quell racial and ethnic tensions. His columns addressed the pressing issues that city dwellers confronted daily: deteriorating schools, unemployment, inattentive civic leadership. He stood at the center of the mire, advocating for economic and social justice in a city that still often shuttled black citizens and their needs off into the margins.

By the time I launched myself into a newspaper job in the early 1990s, black Los Angeles was once again at a boiling point. I was reporting news and feature stories about South Los Angeles, and my interviewees — activists, ministers, teachers — would often inveigh against structural inequities still in place, even under an African-American mayor’s watch. The disillusionment ran high alongside the agitation: “Something’s going to blow,” each and every one predicted in the months that would lead up to 1992’s urban unrest.

What Larry said meant something, had reverberations. He didn’t forget. Neither did the public figure he picked to call out in print.

Aubry had his ear tuned to this all along. The late, veteran South L.A. community organizer Levi Kingston, who headed the Community Consortium, frequently referenced Aubry’s indignation with respect: “Oooh! You see whose feet Larry held over the fire this week?” What Larry said meant something, had reverberations. He didn’t forget. Neither did the public figure he picked to call out in print.

The last time I saw Larry Aubry was at a reunion, a little over two years ago, for Eastside Boys and Girls — a longstanding social organization that kept its members linked together over decades, even as their original neighborhood crew had now spread across the basin. He was being honored for his decades of writing and activism—of telling the truth.

Though he was cutting it up with friends and circled by admirers, his expression that day held something heavy. I watched his eyes drift toward a wall of windows. The street we looked out on that afternoon was a mix of long-shuttered storefronts juxtaposed against a smattering of new businesses, artist studios, performance spaces — a strip on the verge of a new chapter.

While jazz singer Barbara Morrison lifted the room back to another time, to another Eastside, Aubry seemed deeply planted in the here and now. There was no time for sentimentality: What was at stake. What still needed to be done. What we couldn’t lose sight of. Maybe that heaviness was awareness. The press of precious time.

He would always push for more, not just better, but the best — from all of us. In his final column for the Sentinel in April 2019, he challenged: “We must unapologetically take control of our own destiny, develop or pursue our own agenda…. We are a proud and resilient people, rich in internal resources.” That was the lesson for my generation. For me. It’s not just writing the story; it’s living it.