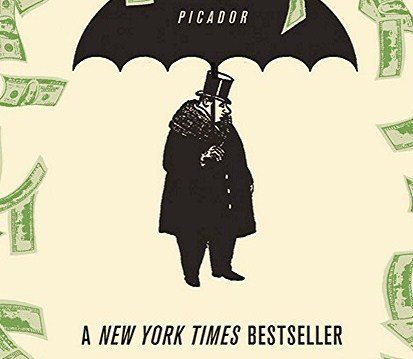 This election year yielded a bumper crop of books about economics and politics. Here, in alphabetical order, is a sampling.

2. Beyond Outrage: What Has Gone Wrong With Our Economy and Our Democracy, and How to Fix It, Robert B. Reich (Vintage). Bill Clinton’s Labor Secretary explains why our economy is broken – but not beyond repair.

3. Drift: The Unmooring of American Military Power, Rachel Maddow (Crown). Everyone’s favorite MSNBC commentator looks at how America has become an army in search of a war.

4. The Great Divergence: America’s Growing Inequality Crisis and What We Can Do About It, Timothy Noah (Bloomsbury Press). A New Republic columnist offers ideas for closing the yawning gap between our country’s classes.

5. It’s Even Worse Than It Looks: How the American Constitutional System Collided With the New Politics of Extremism, Thomas E. Mann and Norman J. Ornstein (Basic Books). Two veteran political scientists point to the Republican Party as the literal elephant in the room — an “outlier” and “ideologically extreme” political organization incapable of playing a traditional role in governance and statecraft.

6. Land of Promise: An Economic History of the United States, Michael Lind (Harper). A historian traces America’s evolution from colonial swamp to world superpower, offering illuminating portraits of our heroes and villains along the way.

7. Pity the Billionaire: The Hard-Times Swindle and the Unlikely Comeback of the Right, Thomas Frank (Picador). After famously asking, “What’s the matter with Kansas?”, the author turns his attention to the entire country. 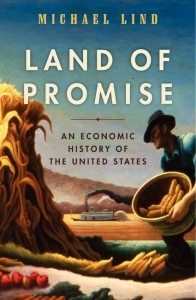 8. The Price of Inequality: How Today’s Divided Society Endangers Our Future, Joseph E. Stiglitz (W.W. Norton) The Nobel Prize-winning economist casts a jaundiced eye on the pet economic principles of Democrats and Republicans – finding in them both the DNA of a grave (but not irreversible) social imbalance.

9. Twilight of the Elites: America After Meritocracy, Christopher Hayes (Crown). Another MSNBC favorite looks at why once-revered national institutions are now reflexively mistrusted by the public.

10. Who Stole the American Dream? Hedrick Smith (Random House). An old Russia hand turns his attention to a nation that’s become as socially stratified as the USSR – ours.

Related Topics:books and authors
Up Next

It's the Stupidity, Stupid: The Year in Quotes