Randy Shaw does not fit the rabble-rouser profile. An upper-middle-class native of West Los Angeles, he came to San Francisco in 1979 to enroll in the city’s prestigious Hastings Law School, whose downtown campus is part of the University of California, Berkeley. There, however, he discovered that his school had for years been expanding by swallowing up residential hotels catering to low-income residents in the adjacent Tenderloin district.

“It used to be,” Shaw remembers, “that if you wanted to evict someone in the Tenderloin you’d throw them down a flight of stairs. Then it became more civilized: You’d just threaten to throw them down a flight of stairs.” In 1980 he co-founded the Tenderloin Housing Clinic as a legal aid resource for neighborhood residents. But it soon grew into an aggressive grassroots organization battling developers who wanted to replace much of the Tenderloin with luxury tourist hotels. From there the group found itself in the forefront of affordable housing campaigns. 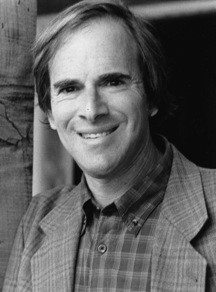 In 1996 Shaw published  The Activist’s Handbook, which he has now completely revised and subtitled, Winning Social Change in the 21st Century. It’s a remarkable, unsentimental record of modern Bay Area politics and causes, yet hardly belongs to a niche readership. San Francisco, the maritime city of earthquake and general strike, has long been a progressive experiment but, like most other American cities, is home to powerful real estate and development interests. The fights against these forces have, during the decades, included bitter urban renewal battles over the city’s African American Fillmore District and a protracted effort to save the International Hotel for fixed-income seniors living in Manilatown.

Shaw’s activism falls into that timeline of struggle and, in The Activist’s Handbook, his experiences give him unique perspectives on the national Occupy movement, immigration reform, gay marriage and student activism. His new edition also closely examines the role of the Internet and social media in community organizing. From a very local milieu he is able to draw conclusions about the dynamics of coalitions that apply to just about anywhere.

It’s clear from his book that a defining moment in Shaw’s life came after helping elect liberal state Assemblyman Art Agnos to the mayor’s office in 1987 – only to see Agnos renege on his promises to the city’s rent-control movement.

That lesson hovers over what might be seen as the book’s prime directive: Hold elected officials accountable – especially the ones you worked to put in office. Shaw calls this the Fear and Loathing strategy – to make even friendly allies in office so fear your group’s retaliation if they don’t deliver on campaign promises that they ultimately loath you.

“The farm workers had no illusions,” says Shaw, who has also written a history of the United Farm Workers union. “Cesar Chavez had a great relationship with Jerry Brown but he was in a protest movement and could do whatever he wanted. The farm workers were very close to politicians but they made sure they held them accountable.”

Shaw’s book tries to vaccinate readers against the chumminess that often develops between activists and the politicians and other rainmakers they believe share their agenda – but he also appreciates its attraction.

“In San Francisco the average activist can meet the mayor all the time,” he says. “You go to events and the mayor’s there – you can go up and talk to him. If the mayor of the city knows your first name and chats you up and is calling you out at meetings and praising you – do you want to give that up by holding him accountable?”

Shaw also admits that activists are often their own worst enemies – particularly progressives who pass up the chance to build winning coalitions because, he says, they “only want to work with people they agree with 95 percent of the time.”

Like many activists who have been burned by the news media, Shaw maintains an extra arms-length distance with the press, whose Internet-depleted ranks have radically altered the approaches to news-gathering.

“It used to be the reporters of San Francisco would call me up and ask if there were stories out there. Now very few reporters pick their stories. When you get a call from a reporter, their editor has told them to do a story and here’s the angle they’re supposed to write. If your words do not comply with what they want to hear, you’re not quoted. They’re using you, you’re not using them.”

One of the reasons Shaw began his Beyond Chron news blog in 2004 was to counter the cynical indolence of the San Francisco Chronicle, his town’s paper of record.

“Matier and Ross are probably the most-read feature in the Chronicle,” he says, referring to the paper’s leading political writers, Phillip Matier and Andrew Ross. “Ninety-five percent of the cynicism they create in their column is [directed] toward government. It’s always about ‘overpaid workers,’ some boondoggle contract, something that didn’t get fixed on time. But never a negative word about corporations.”

“When there is a private sector issue,” Shaw continues, “it’s always about an individual – Tom Smith is in trouble for this – not Chevron Corporation. It creates the impression that government is always screwing up, doing bad things. And [this helps] get people to favor restricting public employee pensions .”

Despite his hard-earned distrusts and skepticism, Shaw never loses sight of what drew him into grassroots organizing for the long haul. Nor does he hesitate when asked advice for young agitators contemplating a life of activism.

“It really has to be fun,” he says. “I have a great time here. The people I’ve known who are activists really enjoy it. If it’s not fun it’s hard to sustain anything.”