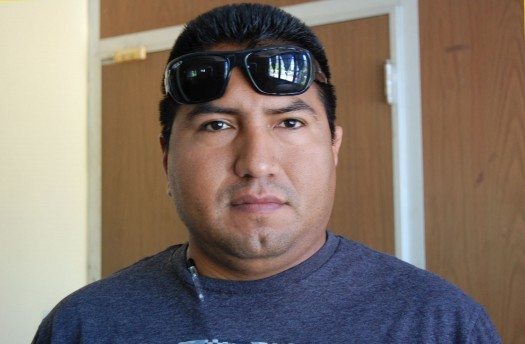 The measure, introduced in February by Mark Stone (D-Scotts Valley), is modeled after a successful Wisconsin wage lien law. It is designed to tie off loopholes in California that currently allow unscrupulous businesses to evade paying monetary judgments to thousands of shortchanged, mostly low-wage workers by simply transferring ownership or even by declaring bankruptcy.

According to a 2013 study by the National Employment Law Project and the UCLA Labor Center, of the 18,683 workers who filed claims for unpaid wages with the California Division of Labor Standards Enforcement (DLSE) between 2008 to 2011, only 3,084, or 17 percent, recovered any money at all.

In 60 percent of those rulings, the report says, owners abandoned, transferred or sold their businesses without ever paying their employees’ back-wages. Fifty percent did so before workers could even complete the lengthy DLSE adjudication process.

AB 2416 would allow employees who claim they were cheated to place a temporary lien or hold on the assets of the accused employer during that process, expanding a tool already available to construction workers under California’s so-called “Mechanics Lien,” which allows workers to initiate a foreclosure action on deadbeat or bankrupt property owners, and force the sale of their property in lieu of owed compensation.

Yesterday’s vote came as especially good news for Juan Vargas. For seven years the 52-year-old father, who also supports his ex-wife, worked up to 72 hours a week as a minimum wage cashier at an independent gas station in Montclair. The station’s owner had been hiding Vargas’ overtime by listing him on the books as part-time and paying him 25 hours by check, the rest under the table as cash.

Eventually the cashier confronted his boss. “I told him, ‘Let’s get the law straight,’” Vargas recalls. “’I need 30-minute breaks. I need vacation time.’ So he fired me.”

Vargas responded by filing a claim with the Labor Commission and last November won a judgment against the station owner for $15,000 in back pay. He still hasn’t seen a dime.

“So far I’ve paid a [county] deputy to try and [collect] it,” he explains, “but it’s a really long process, and I was out of work for a while so I had to wait to earn enough money to pay the city and the deputy the $225 fee.”

Vargas’ experience is hardly rare. According to a survey released Tuesday by Washington D.C.’s Hart Research Associates, fully 72 percent of California low-wage workers who were canvassed reported some form of wage theft in the past year, with 54 percent reporting multiple forms of wage theft.

Those thefts most commonly take the form of business owners or managers shaving hours off time cards, forcing workers to work off the clock, paying less than the state minimum wage or refusing to pay overtime as required by state law.

The relief offered by AB 2416 will come too late for Eleuterio Monroy. For five years, the 34-year-old chef and father of two worked in the kitchens of two different branches of a popular West Hollywood pizzeria, making the restaurant’s pizzas and pastas.

Working 10 to 12-hour shifts — eight hours in one location and the rest at the other — and sometimes up to 90 hours a week, Monroy says he was forbidden from taking a break, either to eat (he was forced to take meals as he worked) or to use the bathroom. Worse, by paying him with separate checks from each restaurant, the owner was able to get around paying mandatory overtime.

In desperation, Monroy turned to KIWA, an immigrant workers center in Los Angeles’ Koreatown neighborhood, which assisted him in filing a claim against the restaurants with DSLE for over $38,000 in unpaid overtime and break time.

“When the owner learned of the claim,” Monroy remembers, “he got really angry and threatened that I wouldn’t get one cent from him. So because I know that most people, even though they win a judgment through the Labor Commission, they never see any money, we waited till [just before the court date] to make a settlement and try to get some type of money back.”

“A lot of them choose to settle,” says KIWA worker advocate Scarlett De Leon. “As an advocate, I have to be clear with them that there is a risk for them to [pursue a claim] to the end, because if the company disappears you won’t be able to collect on your judgment. In the garment industry, we’ll see a lot that the factory disappears overnight so [plaintiffs] can’t collect. In restaurants we’ll see that they’ll change the name, even by a single letter, so you can’t collect because your judgment doesn’t match anymore. Or, you know, bankruptcy happens.”

The next test for AB 2416, which is opposed by the California Farm Bureau and has been earmarked as a “Job Killer” by the California Chamber of Commerce, comes in August when the bill will undergo debate and a vote in the Senate. If it survives that, Governor Jerry Brown will have until the end of September to sign the reform into law.

Related Topics:AB 2416wage theft
Up Next