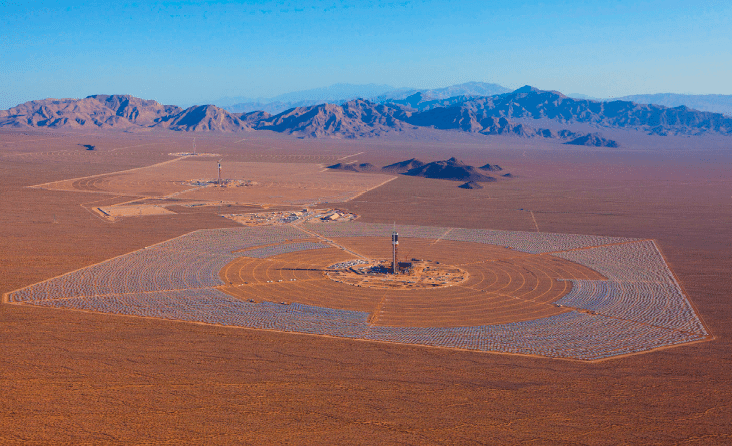 William Anderson knows more than anybody about the negative effects of coal. He’s the Tribal Chairman of the Moapa Band of Paiutes, who occupy 70,000 acres of land northeast of Las Vegas, Nevada. He has seen his tribal members sickened by pollution from a nearby power plant. He worries about the impact of the pollution on his three-year-old son.

Anderson jumped at the opportunity to advocate for a giant solar project that will provide power to the reservation, as well as to the 1.4 million customers of the Los Angeles Department of Water and Power (LADWP). The project will be developed by K Road Power Holdings on reservation land, with the tribe’s participation, and produce enough energy to power more than 100,000 homes.

I got a chance to sit down with Anderson after the Los Angeles City Council voted unanimously Tuesday to approve the K Road Moapa Project. He had been up at 4 a.m. to catch his flight to L.A., and was admittedly tired. But the chance to talk about the benefits of the project to his tribe clearly revived him.

“We have some smart kids that need direction,” Anderson said. “This is not just a job. This is a career opportunity.”

The project is expected to produce 400 union construction jobs, including entry-level positions for members of the tribe, who suffer from high levels of unemployment. The International Brotherhood of Electrical Workers Local 357 has been working with the tribe on an innovative training program that will allow its members to develop skills to work on clean energy projects over the long term.

The unanimous City Council vote happened without much fanfare because of the broad support this project has drawn, from environmental groups — like the Sierra Club and Natural Resources Defense Council — to business leaders to labor. The project will help wean L.A. off its reliance on coal and meet state-mandated renewable goals. It also represents smart planning, as the project is being built along an existing transmission line that is currently used to bring power to L.A. from the coal-fired Navajo Generating Station.

To Anderson the project represents a model that other tribes can follow and an opportunity to “integrate new technologies with Native American heritage” that includes a respect for the earth.

It also represents an opportunity to talk about the impacts of the old way of doing things. The Reid Gardner Coal Plant — the tribe’s polluting neighbor — provides energy for Southern Nevada and, says Anderson, has led to sickness among members who live near the plant. He has seen entire families reliant on inhalers and ventilators.

The coal plant has also impacted the tribe’s ability to celebrate its culture. Landfills created by the plant have obstructed access to a cave thought to belong to the Anasazi, ancient ancestors of the Paiutes. And tribal members refrain from hunting for fear the animals they hunt will be contaminated. Meanwhile, few tribal members have employment at the facility.

It seems that big players in energy — like the LADWP, L.A. city leaders and K Road developers and their partners — are finally coming to understand what Anderson and the Paiutes have learned the hard way: Our new power system must do a better job of protecting the environment, workers and communities than the one it’s replacing.