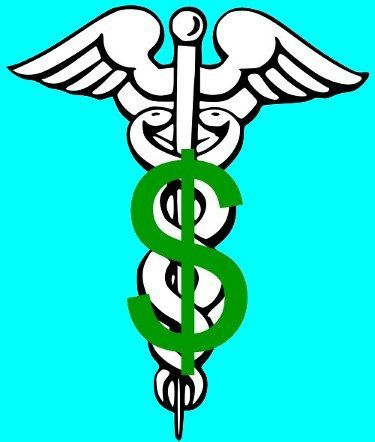 In its continuing effort to be as sensationalistic as possible, the Los Angeles Times this Sunday ran what purported to be a big expose on the medical cannabis industry under the heading, “The Green Rush.” Set aside that this sounds like maybe the worst Marvel superhero, or perhaps what happens at an environmentalist frat house. What exactly have they exposed here? That the industry is weakly regulated? That there are too many sketchy players in this industry? That there’s a lot of uncertainty moving forward?

I’m not really sure that the L.A. Times is the first to point this stuff out, but it’s all true and it does deserve to be said again. The article takes an in-depth look at court records and police records to show that a sizeable chunk of the industry appears to be primarily concerned with profiting off of patients – in apparent violation of 1996’s Compassionate Use Act.

As the Times points out, “Few would suggest that everyone in the industry is making huge profits; many dispensaries do struggle to stay afloat.” (The article also acknowledges, almost as an afterthought, “the relief truly ill patients” get from the medicine – relief they would be denied were dispensaries to be banned.)

Why are some dispensaries raking in money while others struggle? Not to put too fine a point on it, but it’s because some dispensaries try to play by the rules – at least so far as there are rules and they’re understood. One dispensary owner profiled in the piece – described as “struggling just to make payroll” – pays “state and federal taxes, workers’ compensation and liability insurance for employees, as well as attorney fees,” taking her own salary “when she can.” This responsible behavior puts her at a competitive disadvantage relative to those who try to stay underground and save on all of those costs.

At a recent forum, I heard one dispensary owner talk about the additional costs of properly classifying his staff as W-2 employees, and paying all employment taxes – while the sketchy operators proliferating nearby were classifying their staff as 1099 “independent contractors.” (I’ve written previously about why this matters.)

These are the sorts of distinctions that differentiate types of dispensaries: those that are trying to operate responsibly versus those that are out for a quick buck. And unfortunately, there are way too many out for the quick buck.

(As a side note, let’s recognize what it means for an establishment to be a not-for-profit. It does not mean that it receives no income. It does not mean that no one receives a salary. Dispensaries still need to pay their staff. Do you think that the head of the United Way takes no compensation? (More than $800,000 in 2010.) Do you think that the 30,000 employees of the Red Cross work for free? Hell, do you think that I work for free? I’m sure that we could all do better in the private sector, but even I have a mortgage to pay.)

The problem is that the City of Los Angeles – along with most nearby cities – has steadfastly refused to provide a firm regulatory scheme in which these responsible players can operate—and which would allow the city to then shut down all of the quick-buck profit-takers. The city has been asleep at the switch, and while it’s been snoozing, the low-road operators have spread like, well, like kudzu. (What did you think I was going to say?)

As the union – Local 770 of the United Food and Commercial Workers now represents workers at more than 20 responsible, high-road dispensaries – has repeatedly pointed out (and has been echoed by other voices), Yes, we need strong regulations. Yes, we need to get the sketchiness out of this industry. Yes, we need real, enforceable standards for patients and for workers. Yes, we need to seriously crack down and get rid of most of the dispensaries currently operating.

And the city needs to move on this posthaste. This means clarity and regulations and enforcement, but it does not mean a total ban on the high-road operators. For the sake of patients and workers, let’s not throw the baby out with the bathwater.