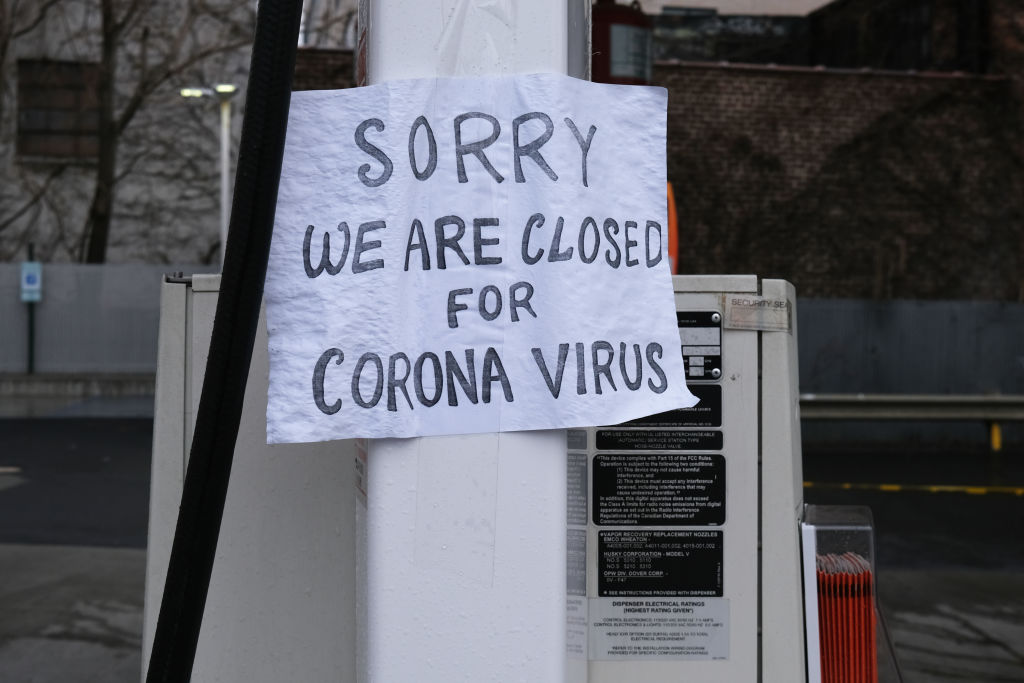 With America held in the grip of the COVID-19 health care crisis, it seems as though every epidemiologist has been suddenly thrust into the spotlight to posit on the future of contagions. But the veracity of their prognostications will, in a large part, be determined by how our health care system reacts to and is influenced by the perils of this pandemic. Larry Levitt has some answers. He’s the executive vice president of Health Policy for the Kaiser Family Foundation, a San Francisco-based health policy think tank unaffiliated with California’s Kaiser Permanente health care system. His nonpartisan, nonprofit organization’s main objective is to help inform national health care debates, and is involved in health policy analysis and research, which Levitt oversees, along with polling and journalism. Levitt spoke to Capital & Main recently about the pandemic; the interview has been edited for length and clarity.

Capital & Main: How has our health care system failed us during this crisis? How has it succeeded?

Larry Levitt: In many ways the epidemic is exposing the vulnerabilities in our health care system. At the top of the list has to be the fact that we have tens of millions of uninsured people. As horrible as the stories have been out of other countries, you haven’t heard about people getting sick and facing big medical bills. But we’re certainly starting to hear those stories here, right? And not only do we have people uninsured, but also people underinsured. So even people with insurance could face significant out-of-pocket costs if they get severely ill from COVID-19.

And while we spend double the average of what other high-income countries spend on health care, you would think that we would be well positioned to deal with a surge in health care needs. But the truth is mostly the opposite. We have fewer hospital beds per capita compared to these other countries. We have fewer clinical staff to treat people. So in many ways, even though we spend so much, we’re actually in a more vulnerable position to deal with an epidemic like this.

There are also the disparities in the health care system as it is available to say, somebody in Palo Alto as opposed to somebody in Oakland.

We certainly have huge disparities everywhere. [There are certainly] geographic disparities based on state policies around health care and insurance, or simply [on the] the amount of resources available. Our system is primarily market-driven. So the resources are driven by business decisions, not by health care-planning decisions.

We appear to have all 50 governors pitching the federal government for resources.

It seems like our system of federalism has somewhat broken down right now. We have a virus that doesn’t respect state borders. We have governors kind of fending for themselves in many cases.

How much do you think who’s in power in Washington has to do with what’s going on, and how much is it systemic?

“We will see a big difference in how people come out of the epidemic in the U.S. versus other countries because we don’t have universal coverage.”

But there are certainly some things we’ve seen with the current administration that would have been likely very different with a different president in the White House. This is a president that does not defer to experts. Traditionally in a public-health emergency like this, experts tend to be the ones speaking to the public. With a Democratic administration, we would have seen a much bigger emphasis on trying to get more people insured as we face the double whammy of an economic crisis and a health crisis.

To that point, many people thought this crisis might force the government to reopen the Affordable Care Act exchanges, but that didn’t happen.

The president has, in some sense, become trapped by his opposition to the Affordable Care Act. Normally the opposition to reopening the enrollment period would have come from insurers, but insurers were pushing for that to happen. So you’re left with the sense that it could only have been an ideological decision.

If you look at how other countries have handled this crisis, critics of universal health care will point to the failures in Italy and Spain, while proponents will point to the successes in Taiwan, Germany or South Korea. How has this pandemic shown the positive or negative effects of government-based health care systems?

Mostly the course of the epidemic in different countries has been driven more by decisions about public health and behavior, and less about the system of financing or delivering coverage. Where you really see a difference across countries is in making early decisions to tell [people] to lock down and slow the spread.

“This epidemic may be the galvanizing force that really shifts a lot of health care to being delivered remotely.”

That is more about leadership and political culture and less about what the health care system looks like. But I do think we will see a big difference in how people come out of the epidemic in the U.S. versus other countries because we don’t have universal coverage.

How do you think this will impact both the public’s view of our health care system as it exists now and how it will impact the view towards universal health care in the future?

It’s going to be complicated. A health care crisis like this is bound to focus people’s attention on the health care system and how it works or doesn’t work for everyone. On the other hand, we’ve seen something of a breakdown by the government and its response, particularly around testing and taking proactive steps early on to slow the epidemic. So trust in government may take a hit. The idea of expanding the government’s role in health care could end up being less popular rather than more popular.

Polls have shown the majority of the public wants a universal health care system, but the ultimate hurdle has been the system itself, the power of the corporations.

Absolutely. Most people support a public option and even Medicare For All right now. It’s often the case that major social change occurs in [times of] crises. The Affordable Care Act passed after the great recession. It’s hard to predict how policy might respond following these dual economic and health care crises.

How do you think, ultimately, this will practically impact our health care system?

Assuming there will be treatments for COVID-19 and a vaccine, the health care system will come out of this largely intact. But there will be lots of operational changes that may be long lasting. For example, telehealth has never really taken off, but this epidemic may be the galvanizing force that really shifts a lot of health care [to] being delivered remotely. There’s going to be a long and hard discussion after the epidemic about what kind of capacity we should have to deal with a crisis like this.

I assume that because this is impacting almost everybody in a very powerful, practical manner that, certainly from a preparation point of view, we won’t make the same mistakes again.

Um, I wouldn’t be so sure about that.

Why is that? Is it hubris? Is it money?

All those things. Coming out of this crisis there’s going to be so many competing demands for resources. And the idea of preparing for the next epidemic, which could be [seen as] years or decades away, may not rise to the top.

And people are going to die in this epidemic that don’t need to die because of their circumstances, the fact that they have no money or limited resources.

It’s hard to imagine that the health care system will end up treating the insured and uninsured, and the wealthy and poor alike.

What will be the ultimate lesson from this experience?

It will be in exposing the disparities in our health care system. It may open people’s eyes to the inequality and maybe create more political momentum to address that.

The larger question, though, may be, is there empathy present in enough Americans to make that happen?

That’s the thing. Everyone is suffering at some level right now, some suffering in more severe ways than others. But it’s not a situation where people can see other people’s suffering but feel fortunate themselves. It’s hard to say, but that could lead to even less empathy because everyone feels like they have suffered.

But to be more idealistic, this could catalyze people to be more empathetic because they’re going through something that others go through regularly.

That’s possible. It really depends on what kind of political leadership emerges from this as well.

With Millions Jobless, Is the USA Ready for UBI?