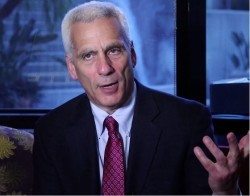 In a recent interview with Capital & Main, economist Jared Bernstein candidly explained why he doesn’t see corporate America rushing to solve the country’s income disparity crisis, and why America cannot educate itself out of inequality. Instead, Bernstein, who is Vice President Joe Biden’s former top economic advisor, returned to themes found in his new book, The Reconnection Agenda: Reuniting Growth With Prosperity, In it, Bernstein lays out an ambitious agenda to restore the lost relationship between economic expansion and the well-being of most Americans.

In this podcast he acknowledges the Obama administration’s missed opportunities during the early days of the last recession, while claiming that the present political dysfunction, with its gridlock of federal legislation, is not an accident but a political strategy that serves the status quo and is the enemy of full employment.

Related Topics:Jared Bernstein
Up Next