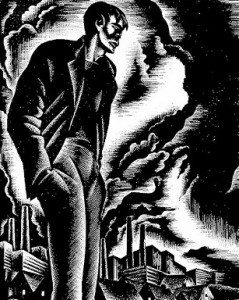 My friend, mentor and colleague, Rev. James Lawson, calls our economic system “plantation capitalism.” Lawson was the nonviolent strategist for Martin Luther King Jr. during the civil rights movement and the key figure in the desegregation of Nashville. His reference, of course, pulls forward the image of enslaved field workers in the Old South.

The image chafes in my mind. Yes, slavery, but today’s workers are not slaves. They are not the landless peasants or sharecroppers that emancipated slaves were forced to be. They are not the low-level, below-the-standard-wage employees that Southern blacks became when they migrated to the steel cities of the North. They are not second-class citizens isolated into segregated neighborhoods and limited to menial jobs.

Except, there is a growing body of evidence showing that this is exactly what a majority of workers of all colors is becoming. Between 1965 and 2011, while the top 10 percent gained an inflation-adjusted annual income increase of $116,000, the other 90 percent received a paltry $59. No wonder 75 percent of families report living paycheck to paycheck, and one in four Americans report using payday loans, pawn shops, auto-title loans and tax-refund loans to make ends meet. It’s why working people depend on check-cashing stores, purchase cars from “buy here/pay here” dealers and get re-treads from rent-a-tire shops.

People who depend on such high-interest businesses to make it feel a lot of anxiety. Some 59 percent of Americans who think of themselves as middle class fear falling out of their class. Half of working-age Americans skipped necessary medical care in 2012 because it was too expensive. Even people with health insurance postponed care because of the cost of co-pays. Nearly a quarter of Americans report struggling to put food on the table.

Meanwhile, women have moved into the breadwinner position. More than 40 percent of families say the woman is the sole earner. Yet a wage survey indicates that a mother is paid five percent less per child than her female counterpart without children, and women on the whole receive lower wages than their male colleagues. While moms in many states can now take an extended maternity leave without fearing losing their jobs, most do not.

These patterns did not result from worker choices, but resulted from employer policies. Now they pile on more. Employers monitor employees in ways only technology could provide. Companies measure the keystrokes of data-entry workers. The phone message “this call may be monitored for quality assurance” is heard everywhere, all the time. Warehouse workers wear head phones that direct them to their next task and tell them how much time they have to finish it. The delivery guy sets a timer, then runs to leave the package and jogs back to his truck. Piece-work quotas are up, and managers even time bathroom breaks.

As one worker put it, “I’m worn out. I get home and I can barely stand up.”

With the constant threat of downsizing, layoffs and pay cuts – while a long line of the unemployed waits to take any available job – employees find themselves less and less willing to voice complaints or even talk among themselves about grievances. Since 92 percent of private-sector wage workers have no union or worker/peer means of redressing egregious circumstances on the job, people self-censor. They check their civil liberties at the door and take their bitterness home.

A job, for most workers, means go to work, keep your head down, close your mouth, work to exhaustion, then go home and try to meet your family’s needs by going into debt. No wonder this generation of young people is not making long-term buying decisions on new cars and houses. They face the anxiety and stress of life-long financial insecurity. I think that is what my friend means by “plantation capitalism.”