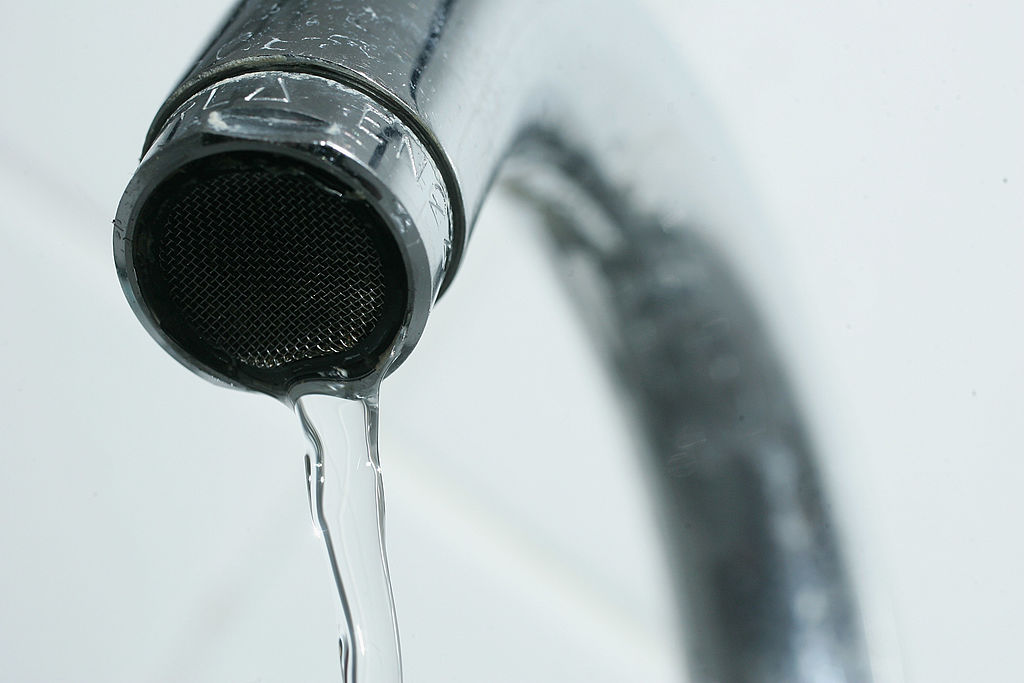 Santa Clarita, a comfortable exurb of some 213,000 residents about 30 miles northwest of Los Angeles, is one of hundreds of California communities and districts grappling with the pricey problem of drinking water that’s been tainted by per- and polyfluoroalkyl substances (PFAS), chemicals that have been linked to cancer, liver damage, decreased fertility and increased risk of asthma and thyroid disease.

Last year the Santa Clarita Valley Water Agency (SCV Water) joined a multidistrict lawsuit filed in South Carolina that goes after chemical manufacturers and makers of PFAS-laden aqueous firefighting foam. Legal observers predict that this filing, along with a few recent separate suits within California, will release a flood of similar actions across the state. But as the sheer enormity and complexity of the PFAS problem become clearer, water quality experts, environmentalists and community advocates are growing increasingly concerned about the impacts on smaller, cash-strapped drinking water systems, especially those in low-income communities already struggling with poor quality drinking water.

The economic havoc caused by the COVID-19 pandemic has only added further strain on smaller community drinking water systems — some of which are reported to have kept tainted wells operating.

Which is why some of these experts are calling for California’s chief lawyer, its attorney general, to go after PFAS polluters — as has happened in other states — in order to secure vital funds for struggling utilities, especially when the associated costs of PFAS pollution are proving astronomical. How this plays out is quickly, if quietly, defining how seriously Sacramento takes the issue of clean drinking water.

SCV Water recently cut the ribbon on a $6 million-plus water treatment facility to bring just three wells back online. Agency officials predict $100 million in capital costs for treatment systems and as much as $20 million per year in operations and maintenance to return all of the valley’s 17 PFAS-impacted wells back to service. The financial toll from PFAS contamination to the Orange County Water District is projected at $1 billion over 30 years.

“The state does have authority that they could exercise here,” said Steve Fleischli, senior director for water initiatives for the Natural Resources Defense Council, about legal remedies for cost recovery. “I don’t think they fully understand or appreciate the full scope of the problem yet.”

Furthermore, in order to maximize funds for the utilities, any state-led approach should be independent of the multidistrict suit in South Carolina, according to Robert Bowcock, founder of water quality consultancy firm Integrated Resource Management and a drinking water expert. “What needs to happen is for the attorney general, who’s not going to take a 40% cut, to come in and represent all water utilities,” said Bowcock.

Yet it’s unclear what kind of legal plan the attorney general’s office has in mind for the problem. In response to a series of questions, a spokesperson for the office wrote, “We are unable to speak to any potential legal strategy.”

This answer will prove cold comfort to impacted communities. PFAS chemicals are a vast family of more than 6,300 different variants that are used in a wide variety of everyday products including carpets, textiles, food packaging and firefighting products. Researchers recently found PFAS chemicals in several common pesticides. Given how soluble PFAS compounds are, the way in which they can be transported through the atmosphere and their sheer scale of use, the problem is expected to deepen as the state continues to expand monitoring.

Much of the human health research thus far has focused on two specific PFAS compounds—PFOS and PFOA—that have been largely phased out of the U.S. marketplace. However, they’re still found with frequency in the environment, while fast-emerging research suggests significant health effects similarly apply to exposures from an array of widely used replacement PFAS compounds. What’s more, researchers suspect that some of these PFAS replacements chemically transform in the atmosphere into highly toxic PFOS and PFOA variants.

“We’re taking a very provincial approach to this problem.”

As such, many experts are frustrated that state and national efforts to test for and regulate these chemicals have focused on only a tiny percentage of compounds. Last year, for example, a new California law imposed notification and response levels to just PFOS and PFOA, largely ignoring a host of other commonly found PFAS compounds.

In 2019, California launched a phased investigation into groundwater contamination aimed primarily in areas considered most vulnerable to PFAS pollution, such as airports, landfills and nearby public water wells. During a State Water Board meeting last October, officials summarized the findings of this investigation thus far, in the process illustrating the vast ubiquity of these toxic chemicals in the state’s groundwater.

Among their findings: Approximately 60% of all public water systems that monitored for six different PFAS variants had a detection in at least one of the sources sampled for at least one PFAS compound. Virtually all of the groundwater samples taken at airports and landfills contained PFAS chemicals.

Only about 9% of the public drinking water wells have been tested for PFOA and PFOS, according to the State Water Board.

The Environmental Working Group (EWG), a nonprofit environmental research organization, analyzed state tools mapping current PFAS drinking water data for Capital & Main. According to EWG’s analysis, 108 systems report at least one well with PFOS above the state’s new notification level, at which a water system is required to report a “detect” to their governing body, which then has the discretion of notifying the public or not. According to EWG, 103 systems report at least one well with PFOA above the notification level.

Still, the big picture is far from complete. California has nearly 3,000 community water systems, but only about 9% of the public drinking water wells have been tested for PFOA and PFOS, according to the State Water Board.

Water utilities aren’t required to take any other actions unless detected PFOS and PFOA exceed the new response levels, which are lower than notification levels. In the event of a response level exceedance, a water system can take the source immediately offline, blend the water to dilute the contamination, or treat the water like SCV Water is doing. It also has the option of continuing to use the well without taking any mitigating actions, just as long as the public is notified.

Larger city water systems are typically better equipped to manage an exceedance through things like treatment or blending. But many smaller utilities have neither the infrastructure nor the financial resources to take those same steps, which helps explain why some smaller systems—which make up roughly 80% of California’s community drinking water systems but serve a much smaller percentage of the population — are reported to have kept tainted wells operating.

“The biggest problem for these communities is that they are already dealing with a lot of different issues because of their lack of financial, technical and human capacity,” said Newsha Ajami, director of urban water policy with Stanford University’s Water in the West, a water sustainability project focused on Western states. “On top of that, you’re adding [this] new challenge that they’re obviously not equipped to deal with.”

“We need more leaders to step up and champion these issues.”

Communities served by small water systems have long been bedeviled by an array of problems including poor drinking water quality, rising water rates, and an over-reliance on a single source of water, with disadvantaged areas often hit hardest. And now, the economic havoc caused by the COVID-19 pandemic has only added further strain to cash-starved systems, with water debt in the state totaling some $1 billion.

This unequal playbook, coupled with the high costs of PFAS monitoring and treatment for utilities and customers—a single test can run up to $700, while in Orange County the cost alone of importing water has been projected to increase monthly ratepayer bills by $20 — explains why community and environmental groups are looking to the state for legal assistance in recovering costs from polluters. While the office of the attorney general prevaricates, several other states have already filed such actions. In 2018, Minnesota settled for $850 million in its lawsuit against 3M. Experts familiar with the multidistrict lawsuit filed in South Carolina told Capital & Main that as many as 10 separate states have joined that action alone.

According to Southeastern Los Angeles Assemblywoman Cristina Garcia, a prominent voice within the state legislature on the PFAS problem, the issue of who’s responsible for PFAS pollution is much clearer in some of these other states, making legal action an easier option for them. Nevertheless, Garcia said that she has had multiple discussions with CalEPA secretary Jared Blumenfeld both about potentially seeking federal aid to help with the state’s PFAS problem and about identifying responsible parties for litigation.

Advocates for California’s small water systems urge haste. “We applaud [Garcia] for taking action on this,” said Erick Orellana, policy advocate with the Community Water Center, a grassroots environmental justice organization. “But we need more leaders to step up and champion these issues.”

That’s because struggling utilities currently have limited avenues for financial relief, though there are some. The Water Replenishment District of Southern California has roughly $34 million in grant money that utilities can tap for treatment systems, for example. The state also offers various funding programs for water systems struggling with polluted water sources.

But according to Dan Newton, assistant deputy director for the state water board’s Division of Drinking Water, allocation of these state funds can “rely heavily upon water quality violations in their prioritization and eligibility criteria.” In other words, until the state implements enforceable maximum contaminant levels for PFAS chemicals — a process expected to take years — utilities will struggle to receive financial help for this problem.

Co-published by the Sacramento News and Review

Related Topics:FeaturedPFASwater pollution
Up Next

Inside the Dirty, Dangerous World of Carbon Flooding

Hands Across the Water: Catherine Flowers’ Quest to Drain the Septic Swamp