“Kick the can down the road” may be a politician’s mantra, but it’s certainly not what some Native Americans meant when they spoke of the Seventh Generation. The Iroquois thought that decision-making ought to consider the impact on children yet to come. Politicians, on the other hand, pick the least painful path now and let someone else deal with the consequences 30 years from now.

The Los Angeles City Council just kicked the can. Its members, at the urging of the Mayor, voted almost unanimously to change the pension program for new civilian city employees. This policy change only applies to new hires and exempts police, firefighters and the employees of the Department of Water and Power. The plan reduces new workers’ pensions by two-thirds, eliminates health-care support for their spouses and decreases take-home pay during years when the stock market isn’t performing well enough to sustain retirement investments. Huh? 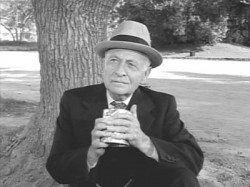 In the new plan current workers forfeit nothing, but new hires will work more years and retire on less. But the city will not see the financial benefits until these new employees retire in 30 years, and the present Council and Mayor will not see the negative consequences of their policies either. Retired people surviving on minimal incomes and workers eating pay cuts in years when the stock market goes sour – those problems and the impact on the local economy will happen long after these electeds have left office.

In one sense, that’s only fair. The sitting council inherited the current budget problems from previous councils which increased retirement benefits as a substitute for pay increases during lean years when tax revenues didn’t match budgeted expenditures. They have inherited what another council postponed.

Congress and then-President Clinton also kicked the can down the road when they approved NAFTA – the North American Free Trade Agreement. Workers and their unions predicted in 1993 that the arrangement – providing no protections for manufacturing jobs – would ship good-paying work off-shore and decrease middle-class opportunities for Americans. Now, nearly 20 years later, everyone is talking about “saving the middle class” because we shipped those good-paying jobs first to Mexico, then to China, then to other out-of-the-way places like Honduras and Indonesia. NAFTA’s consequences took so long to take effect that no one remembers why those jobs disappeared.

What we Californians all ought to remember is the response by state and local officials to the property-tax limiting Proposition 13, passed in 1978. Instead of making the cuts that matched the dire predictions politicians described when voters were deciding on the initiative, the Legislature rejiggered the system. The state took all the property tax revenue away from local government and school boards, promising to make sure everyone would somehow be just fine.

That’s how we got into the mess we are in now: Today California’s cities are going bankrupt; there are conflicting tax increase measures on the state ballot; streets are filled with potholes and cities are cutting retirement benefits for rank and file workers who don’t have the prestige and clout of cops and firefighters. Wait three decades when the can stops rolling. But by then voters won’t get the connection. They will have forgotten what they did. The legislators will be new people who either have no historical memory or who got themselves elected promising to “make the tough decisions” and instead they will kick the can down the road yet again. Three decades from now, ordinary citizens – especially those City of Los Angeles employees entering retirement – will wonder why they’ve inherited such bitter lives.

Perhaps decision-makers should take a lesson from Native Americans. Those leaders considered their decisions in light of how they would affect the lives of people several generations into the future. They took the long view. We could learn from their wisdom.

Related Topics:city employee pensions
Up Next

A Day at the Lincoln Club: My Lunch With the Group Behind Citizens United and Prop. 32