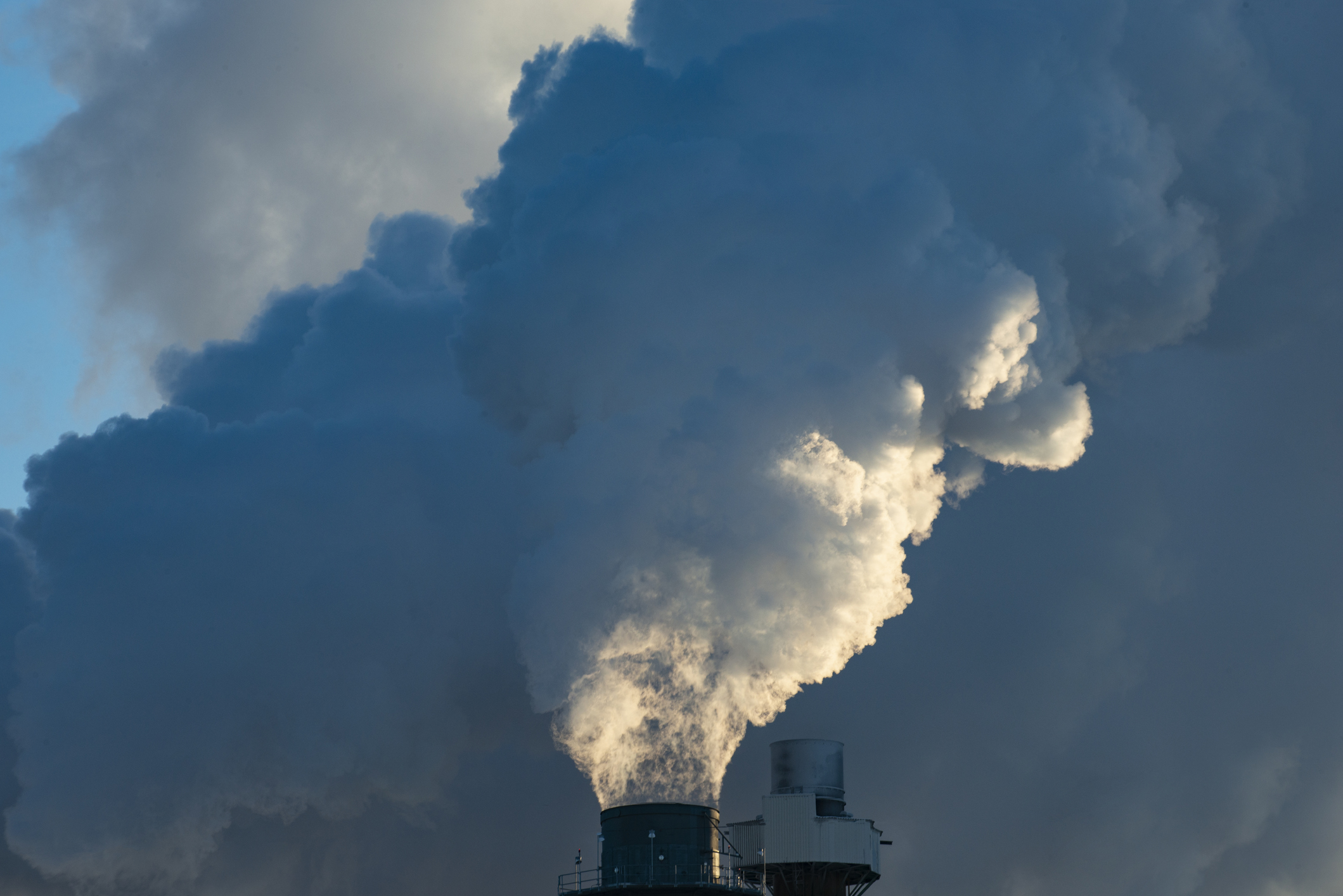 Republican lawmakers in Pennsylvania are attempting to block the passage of regulations on hazardous emissions from oil and gas operations, a delay that could harm public health and increase pollution, say environmentalists — and could also jeopardize millions of dollars in federal highway funding.

The proposed emissions regulations, which must be written into state law by Dec. 16 to meet a federal deadline that, if not met, threatens $500 million in highway funding, have been opposed by key legislators with longstanding ties to the oil and gas industry. Currently, a resolution to disapprove the proposed regulations is heading to the state’s House and Senate after a vote by the House Environmental Resources and Energy (ERE) Committee on Aug. 2. The Legislature has 30 calendar days or 10 session days — whichever is longer — to vote on the resolution before it hits the desk of Gov. Tom Wolf. With just a handful of session days on the calendar thus far, it’s uncertain whether it will pass.

The regulation would require unconventional oil and gas sites, like fracking wells and natural gas processing plants, to adopt technologies that would limit emissions of volatile organic compounds (VOCs) — which, when combined with nitrous oxides (also emitted by oil and gas sites) in the presence of sunlight, form ground-level ozone, a respiratory irritant. The regulation would have the additional benefit of reducing emissions of methane, though such emissions are not expressly limited by the rule. Methane is a greenhouse gas that is 84 to 87 times more potent in its warming potential than carbon dioxide over a 20-year period.

Per regulators, the unconventional oil and gas industry is currently responsible for some 5,648 tons of VOC emissions and more than 100,000 tons of methane emissions per year. They estimate that the rule will cut volumes of both pollutants by around half.

Pennsylvania currently has no state regulations on VOC and methane emissions from oil and gas sources, the Department of Environmental Protection (DEP) told Capital & Main.

Of the 13 representatives up for reelection who voted to disapprove the VOC regulation, 10 took money this year from oil and gas companies or lobbying firms that represent them.

The proposed rule, and one that applies to the conventional oil industry, which the Pittsburgh Post-Gazette reports is slated to be published in September, have been years in the making: They were drafted by the DEP in 2019 following the announcement of a methane reduction strategy by Gov. Wolf in 2016. In 2018, the state passed a set of emissions requirements applying to new natural gas wells, but passing a set of rules that applies to existing wells has proven more difficult.

In March, the Environmental Quality Board (EQB) — an independent body that adopts regulations drafted by the state’s DEP — voted to approve a draft rule that applied to both segments of the state’s existing oil and gas industry: conventional, which typically includes wells that are older, shallower and vertical, and unconventional, which typically includes wells that are deeper and horizontal, such as  fracking wells.

Within weeks, critics of the regulation — including industry groups that represent the conventional oil business and Rep. Daryl Metcalfe (R – 12), majority chair of the ERE Committee, who has a history of taking funds from fossil fuel companies, per state campaign finance records — were questioning its legality. In fact, of the 13 representatives up for reelection who voted to disapprove the VOC regulation, 10 took money this year from oil and gas companies or lobbying firms that represent them, a Capital & Main review of 2022 campaign finance data found.

Critics of the VOC regulation, Metcalfe among the most vocal, argued that state code prohibits regulating both industries in a single rule. The DEP split the rule to heed these concerns and, in June, the EQB voted to approve one that applied only to the unconventional industry. (A draft rule that applies to the conventional industry has yet to be published, stoking fear that it may well not pass by December.)

Yet, the same legislator who opposed the joint rule has continued to oppose the new, bifurcated one — a move that Rep. Greg Vitali (D – 166) called a “delay tactic.” (Capital & Main reached out to Metcalfe for comment and did not receive a response by the time of publication).

“[Metcalfe’s] objection at the March meeting was that the problem here was the conventional and unconventional were combined,” Vitali said during the Aug. 2 meeting of the ERE Committee, on which he serves as minority chair. “So, what the administration did to placate him was to separate them, and he separated them and [Metcalfe] still objected, even though his concerns were addressed. That is a delay tactic.”

Conventional oil wells, by virtue of being older, tend to employ leak-prone technology and have been found to release methane at higher per-well rates than their unconventional counterparts.

Environmental advocates are worried about the resolution. “Advancing this concurrent resolution will not achieve any public benefit; it will merely further delay implementation of overdue, mandatory and modest emission control requirements that are already practiced in the industry and required by other states,” John Walliser, senior vice president of legal & government affairs at the Pennsylvania Environmental Council, and John Rutecki, regulatory and legislative manager for Appalachia at the Environmental Defense Fund (EDF), wrote in a letter to the Legislature.

The updated rule, which accounts for only a fragment of the state’s fossil fuel industry, addresses just 23% of the state’s VOC emissions and 80% of its methane emissions from oil and gas, according to DEP estimates. Conventional oil wells, by virtue of being older, tend to employ leak-prone technology and have been found to release methane at higher per-well rates than their unconventional counterparts.

The rule also fails to account for low-producing wells: those that garner less than 15 barrels of oil per day and, per a recent paper published in the peer-reviewed journal Nature Communications, account for around 50% of the industry’s overall methane emissions.

This is a flaw that groups like national environmental nonprofit Earthworks — where Melissa Ostroff, Pennsylvania field advocate, documents fugitive emissions from oil and gas wells using an infrared camera — have long called on Pennsylvania regulators to address.

“I think having seen this through the lens of the optical gas imaging camera, that’s just made it abundantly clear to me that closing this loophole has to be a priority,” Ostroff said, noting that, by virtue of their size, smaller well sites are often tucked away in more densely populated areas. She says she’s found them next to schools, in public parks and in cemeteries. “That they would be off the hook from the kind of monitoring that other wells sites are subject to just doesn’t make any sense.”

A gas well in Allegheny County. The infrared image on the right shows gas leaking from the well. Courtesy Earthworks.

Though her advocacy around low-producing wells was unsuccessful at the state level, Ostroff says she’s putting her energy into seeing them accounted for by a federal rule — as part of the creation of a first-of-its-kind national methane rule that the Biden Administration is planning to issue. Her hope is that a forthcoming rule could fill gaps in Pennsylvania’s regulations.

“Unfortunately, in Pennsylvania, we have to rely on the federal government right now to deal with what the state should be doing,” Ostroff said.

Compared to the anticipated federal regulations, the proposed state regulation is modest, the EDF’s Rutecki told Capital & Main. He, too, just wants to see the regulation passed in time to ensure the state isn’t hit with sanctions.

Vitali, who says most of his time on the ERE is spent playing defense against resolutions like the one his committee passed, which expressed disapproval of proposed VOC regulations, is similarly frustrated.

“It’s a shame we have a climate [change] denier as the chairman of the environmental committee in a significant greenhouse gas emitting state,” Vitali told Capital & Main. “These delay tactics benefit no one.”