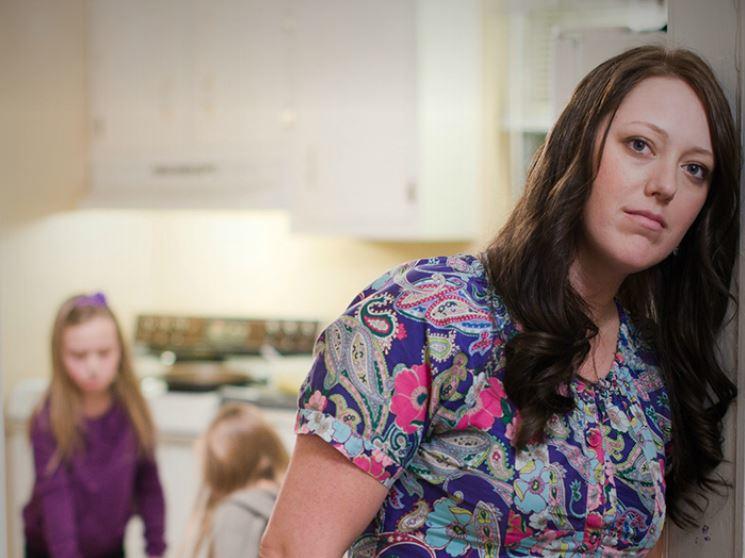 Thirteen years ago Barbara Ehrenreich’s Nickel and Dimed touched off a debate that still rages about the difficulty of low-wage earners – particularly women – to earn a living that merely provides for the basics of existence, let alone its creature comforts. This week the documentary film Paycheck to Paycheck: The Life and Times of Katrina Gilbert continues that debate as it tracks single mother Katrina Gilbert over the course of a year as she tries to pay rent and put food on the table while navigating Tennessee’s social service and health care bureaucracies. If anything, Gilbert’s harrowing story shows how little things have changed for the working- and near-poor since Nickel and Dimed.

One of 42 million American women living on the edge of poverty, Gilbert is a nurse’s aide earning $9.49 an hour in Chattanooga without health care benefits. She suffers from a hyperthyroid condition and is seen deciding which of her many prescriptions she can afford to buy – while also struggling to finish a college education that could lift her living standard beyond the trailer she shares with her three young children.

Paycheck to Paycheck is a collaboration of Maria Shriver’s multimedia project, the Shriver Report, Center for American Progress and HBO Documentary Films.

“We all know Katrina Gilbert – she’s our friend, our sister, our daughter, struggling to make her way in the world,” Shriver has said of the film’s subject. “Understanding what challenges she faces, and seeing how optimistic she is in the face of such challenges, is the key to building woman’s economic empowerment.”

There was a time when poverty could broadly be attributed to the absence of a job. What Paycheck to Paycheck shows is that even when a parent works 40 hours a week, poverty can lurk around the corner. And yet the documentary is also the story of one indomitable woman’s grit – Gilbert is a role model for everyone who refuses to be beaten down by circumstances.

Beginning Monday, March 17, 9 p.m., the documentary will air on the Shriver Report’s site for one week, as well as on HBO TV, and will stream online for free at HBO.com and YouTube. Additional air dates and times can be found here.