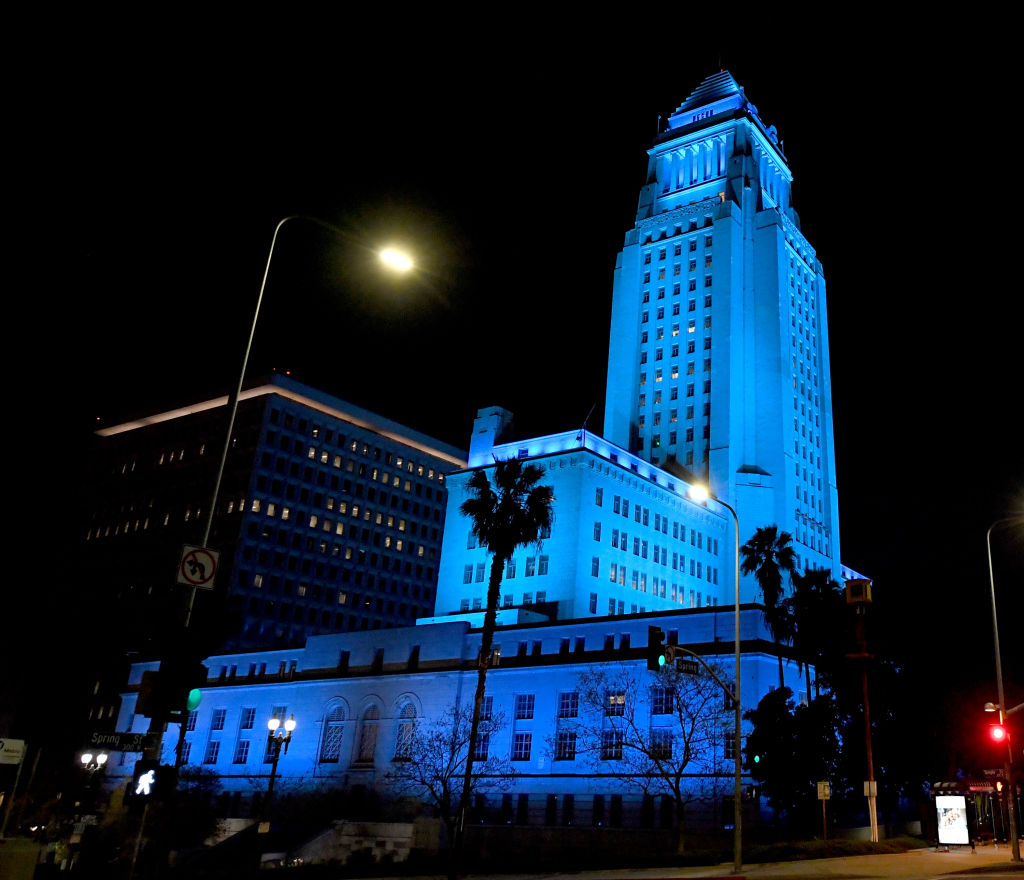 By February 26, when a woman in Northern California’s Solano County was identified as the first known U.S. coronavirus case contracted from community transmission — that is, through an unknown source — the virus was already spreading quickly throughout the Bay Area. Los Angeles would be a comparative latecomer to the pandemic: The L.A. County Department of Public Health did not report its first community spread case until March 9. Yet within weeks the virus was killing Angelenos at a per capita rate twice that of the state average and more than double that of the nine counties that touch San Francisco Bay. As the infection rate continues unabated in Los Angeles, questions arise: What steps did the country’s most populous county take during that two-week period to prepare its residents for the pandemic? Was there more it could have done during those precious 15 days?

As of April 23, the figures remain startling:

Los Angeles makes up a quarter of California’s population but accounts for one of every two of the state’s coronavirus deaths.

Medical experts say the reasons for this are complicated and claim that the virus spread too quickly for Los Angeles health officials to isolate and monitor the infected — and those exposed to them — in order to slow the spread as effectively as other hard-hit areas in Northern California. Deaths at skilled-nursing homes in particular comprise a significant portion of the mortality rate in Los Angeles. And many nursing homes with poor infection track records have resurfaced on lists of facilities where coronavirus infections appear to be clustering. Two skilled-nursing facilities in Los Angeles County with four infection control violations apiece since 2017 have had a total of 37 residents and 25 staff members confirmed for COVID-19. California nursing homes have in effect become incubators for the coronavirus. Thirty-nine percent of COVID-19 deaths in Los Angeles were in institutional settings, primarily in nursing homes and assisted-living facilities, L.A. County Department of Public Health Department records show. State and local officials have until recently been tight-lipped on how many residents and staff members of long-term elder care facilities have died from the virus. But the incomplete infection count from the state paints a sobering picture in that industry, with more than 5,000 infections as of April 23. Privacy concerns and institutional aversions to transparency have combined to cloud the extent to which nursing-home deaths are higher in L.A. than in other California counties.

Over a third of COVID-19 deaths in Los Angeles County were residents of nursing homes and assisted-living facilities.

Nonetheless, more than half of the 261 skilled-nursing facilities that appeared on the nursing-home list were in L.A. County, including the Brier Oak on Sunset nursing home in East Hollywood, where 77 residents and 70 staff members have tested positive for the virus and three have died from it. The vast majority of skilled-nursing facilities that have seen coronavirus outbreaks in Los Angeles County have been cited in recent years for violating federal safety rules for preventing infections, the L.A. Times reported. 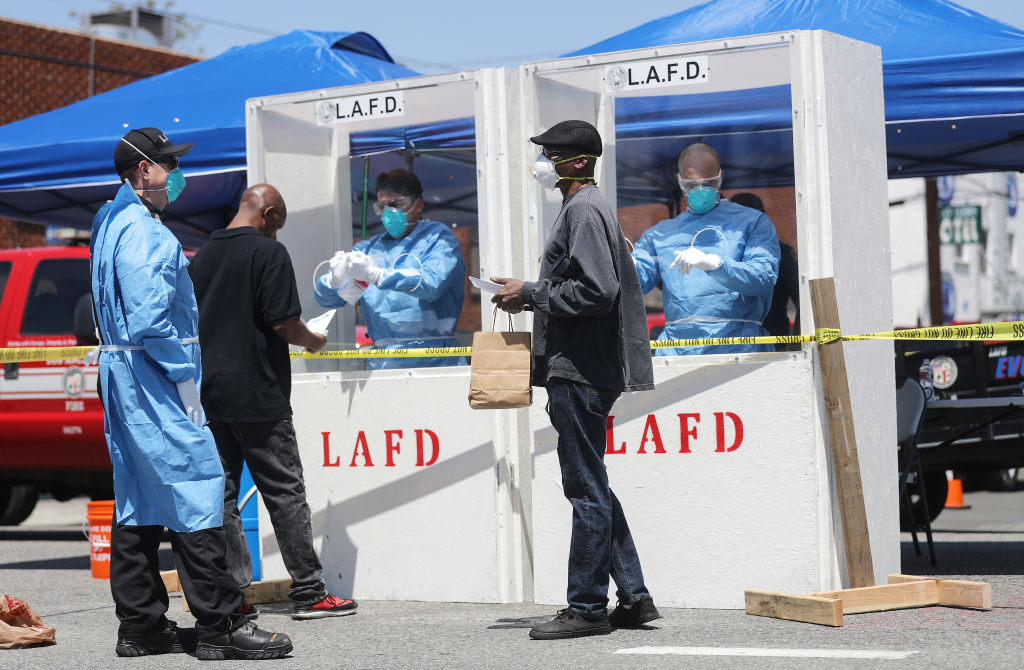 Researchers at Imperial College London estimate that COVID-19 kills patients 80 and older at a rate 45 times greater than the death rate of patients in their 40s. But gaps in the state infection count are rife throughout California, and it is unclear if numbers of COVID-related deaths at elder-care facilities in Los Angeles are disproportionate compared to other areas of the state. Thirteen people have died from the virus at one nursing home in Hayward, in Alameda County, equaling 28 percent of that county’s total.

The tragic realities of L.A.’s nursing homes point to critical pre-existing conditions affecting the public health of this county. L.A.’s supply of primary care physicians per 100,000 people of 48.1, for example, ranked only in the middle of California’s 58 counties in 2017. Furthermore, in a typical flu season, the more than 2,000 Angelenos who will die from pneumonia is disproportionately higher than the county’s share of the state population.

Jeanne Noble, a physician who is director of COVID Response for the University of California, San Francisco’s Emergency Department, says the 100-year pandemic is only magnifying previous problems that L.A. has long had in these areas. Perhaps the differences in county responses is best displayed in the success of county testing programs. Of the five California counties with the highest death rates from COVID-19, only Orange County tests its residents at a lower rate than Los Angeles. The coronavirus, Noble says, is only exacerbating health problems such as poor access to health care services and poor underlying health that are endemic to vast poverty-stricken swathes of L.A. “Even if everyone in L.A. had the same access to testing as they do in San Francisco, their mortality rate would still presumably be higher if they are accessing care at a later stage of their disease,” Noble says.

L.A.’s per capita supply of primary care physicians ranked only in the middle of California’s 58 counties in 2017.

Poorer health care indicators in Los Angeles County are compounded by the scale of its low-income population. South L.A., one of the nation’s poorest metropolitan areas, has only one major medical center and a couple small community hospitals, says Michael Hochman, an internal medicine physician at Keck Medicine of USC who studies ways to improve health care system models. Officially the number of coronavirus cases for South L.A. account for slightly more than 1 percent of the total for L.A. County. But Hochman says the actual number could be higher than the official count. “It’s possible the residents of South L.A. are not accessing care and are suffering and even dying from the disease at home,” Hochman says.

And, although it is home to some of the wealthiest ZIP codes in America, Los Angeles County had the highest poverty rate in California in 2017, according to the Public Policy Institute of California. Poorer families tend to live in more crowded homes, which can facilitate the spread of the disease, Hochman observed.

Breakdowns that have occurred in Los Angeles County in areas such as testing and social distancing are further reflective of the pre-existing conditions for the health of the county.

Gaping income disparities in L.A. have made it hard for many Angelenos to properly adhere to social distancing protocols. Unacast, a New York City company that analyzes cell phone location data, scored Los Angeles County a “C” grade at social distancing, a lower evaluation than the other COVID-19 hotspots in California, including Santa Clara (C+), Riverside (C+) and Alameda (C+) counties. What pulled down L.A.’s grade was an “F” for failing to decrease in “encounters density,” which a spokeswoman for the company says means that too many places in L.A. still have higher densities of people than are ideal for social distancing. 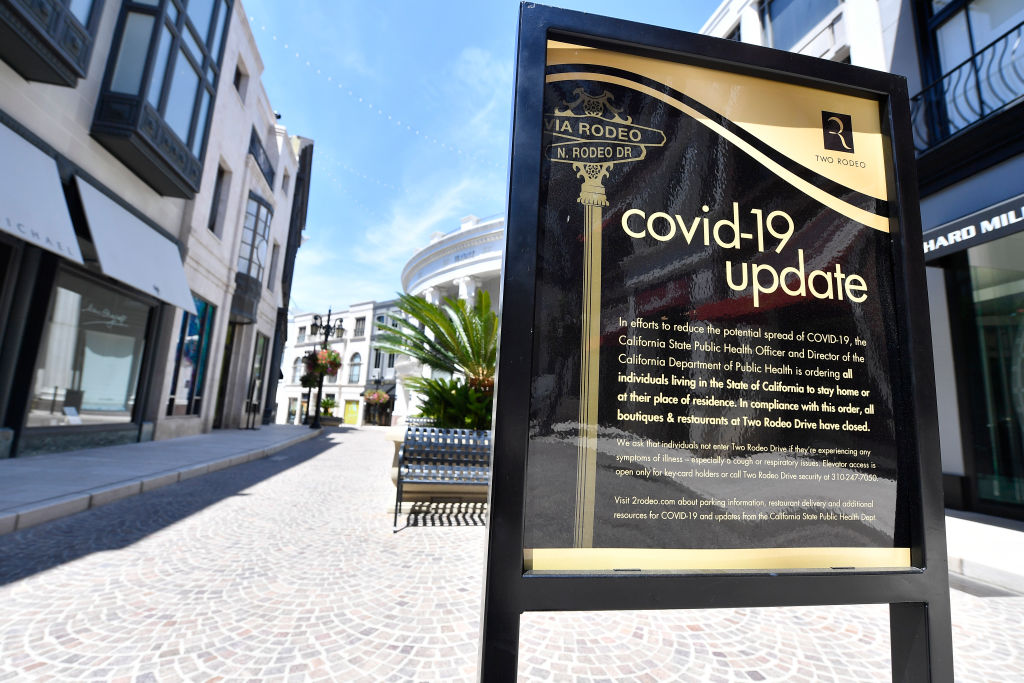 Analysts chalk up L.A.’s unsatisfactory performance on the Unacast evaluation to pressing economic realities of the local workforce, including the estimated 1 million undocumented immigrants residing in the county, many of whom are employed in the service economy. “When you think of the major industries in Los Angeles and Southern California, like tourism and hospitality, or arts and entertainment, you’re talking about scads of low-wage workers who are used to having to show up to work to earn a paycheck. That doesn’t change once that part of the economy has been shut down,” says Anthony E. Wright, executive director of the nonprofit advocacy group Health Access California.

That more affluent areas of Northern California adjacent to Silicon Valley have gotten a better handle on the spread of the virus is not a coincidence, Wright added. “You would hope that Silicon Valley, the tech capital of the world, is better equipped to work from home than other areas of California.”

A disproportionately high number of Angelenos – 2,000 – die from pneumonia in the average flu season.

The Bay Area was also the first place in the nation to order residents and many businesses to shelter in place. A similar order in Los Angeles lagged a few days behind, a difference more significant than it may appear. “Days matter,” says USC’s Hochman. “If you can nip it in the bud in those early days it can really have a big impact later on.”

Los Angeles waited a few days longer to act mainly because community transmission hit the Bay Area much sooner, but differences in political culture also had a part in it, says Raphael Sonenshein, executive director of the Pat Brown Institute for Public Affairs at California State University, Los Angeles. San Francisco’s “strong mayor” form of government that consolidates the mayor and county is the opposite of L.A.’s enmeshed system of overlapping jurisdictions. “To knit together the fabric of power in a crisis does take a little bit longer in Los Angeles,” Sonenshein says. “Given that, I think our local leaders moved very expeditiously.”