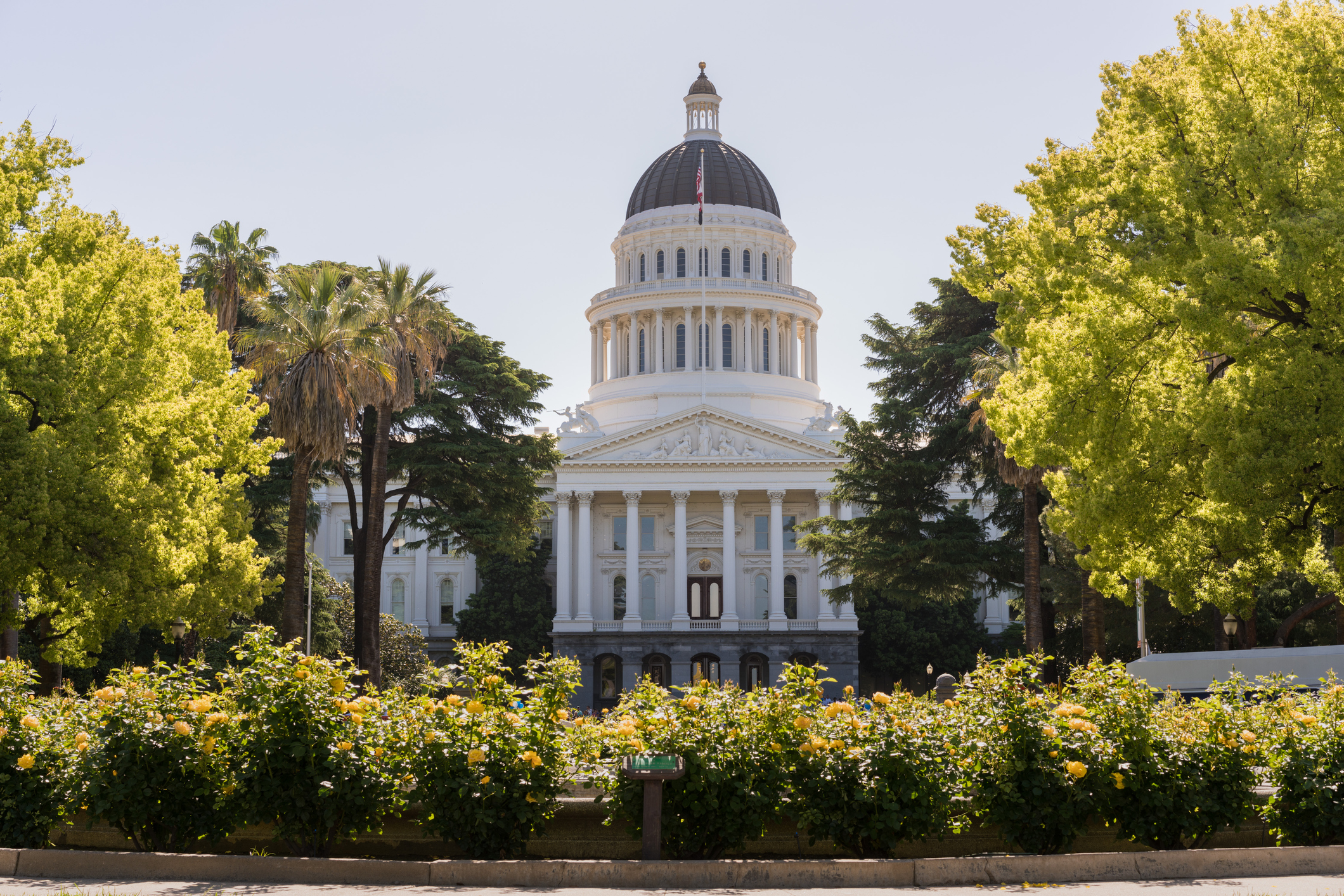 Oil and gas interests spent four times as much as environmental advocacy groups and almost six times as much as clean energy firms on lobbying efforts in California between 2018 and 2021, according to a Capital & Main analysis — reflecting the intensity of the industry’s efforts to influence policy in a state whose leaders have vowed to build an energy future free of fossil fuels.

Between 2018 and 2021, lobbying organizations representing oil and gas companies spent almost $77.5 million advocating for the industry’s interests in Sacramento. That’s approximately 400% more than environmental advocacy groups, which spent roughly $15 million over that same period. And it’s 560% more than the renewable energy sector, which spent $11.6 million. (All these figures and the other lobbying figures in this report are based on data from the California secretary of state’s office.)

Even when combined, the environmental and renewable energy lobbying groups’ reported expenditures constitute less than a third of what the oil and gas sector has spent on lobbying over that four-year period.

“They have a lot more lobbyists on staff. They’re able to entertain more legislators than the Sierra Club and other environmental organizations. And they definitely have the financial bandwidth.”

“It’s kind of like a David versus Goliath situation,” said Brandon Dawson, the director of Sierra Club California, who heads the only chapter of the longtime environmental group that is dedicated solely to legislative and regulatory advocacy. As the group’s chief lobbyist, he tries to influence how laws are written and enforced, but he feels outmanned by the oil and gas industry. “They have a lot more lobbyists on staff. They’re able to entertain more legislators than the Sierra Club and other environmental organizations. And they definitely have the financial bandwidth,” he said.

The numbers make his case. Last year, the Sierra Club California spent roughly $510,000 on lobbying efforts for more than 200 pieces of legislation. Its counterpart representing the interests of the oil and gas industry, the Western States Petroleum Association (WSPA), spent approximately $4.3 million lobbying on just 25 bills, deploying much more firepower to influence legislation.

Dawson says that kind of money has clout in Sacramento.

“The legislators we talk to pretty regularly have concerns about what WSPA will or won’t do on their bills, even if it’s unrelated to oil and gas,” Dawson said. “I think they are one of the most sought-after opinions in the Legislature.”

Dawson points to the fate of AB 1395, the California Climate Crisis Act, as proof of the impact oil and gas lobbying can have on legislation. The bill, introduced by Assemblymember Al Muratsuchi (D-Torrance) in February 2021, would have codified the state’s 2045 net-zero greenhouse gas emissions goal and barred oil companies from counting captured carbon towards emissions goals if later used to recover new oil — a common industry trend.

But, as previously reported by Capital & Main, emails between WSPA lobbyists and legislative staffers show that oil and gas interests were able to win a change in the proposed legislation that gave the industry more discretion for how to meet emissions targets before it even went to a committee hearing. The bill eventually failed but is up for a vote again this year.

“The idea that we can transition tomorrow, overnight or in three or four years to a completely electric economy is really unrealistic.”

Kevin Slagle, vice president of communications for WSPA, said his association’s main issue with AB 1395 was that the bill codified emission reductions without a clear plan to achieve them. His reasoning aligns with a broader trend in unrealistic expectations and catchy slogans he said the oil and gas industry is always fighting against.

“The idea that we can transition tomorrow, overnight or in three or four years to a completely electric economy is really unrealistic,” said Slagle. “Any realistic understanding of what that means, anything that’s honest for Californians, involves our industry being around for a few decades to come, at least.”

Dealing with vocal opposition is one of the reasons why his association’s lobbying bill is so high, he said.

“We have to cut through a lot of the noise and falsehoods about who we are and what we do every day,” Slagle said. “And that takes work and that takes resources.”

“We know for a fact that fossil fuels are killing the planet,” Dawson said. “We’re just letting the truth out there and making sure that if you want a more livable, more breathable California, we need to curb the development and the construction and the proliferation of fossil fuels.”

That may be easier said than done.

Between 2018 and 2021, WSPA spent nearly $25.5 million on lobbying efforts, making it the most well-funded group representing oil and gas interests in the state. Coming in second is the Chevron Corporation and its subsidiaries, with $21 million reported in lobbying disclosures over that same period of time. A distant third is the Marathon Petroleum Corporation and its subsidiaries, with almost $3.5 million spent.

Of the 42 registered oil and gas lobbying organizations, the top three spent roughly two-thirds of the industry total. Overall, 33 of those 42 groups — or 79% — spent more than $100,000 each on lobbying expenditures.

For comparison, the Sierra Club California spent approximately $2.3 million on lobbying efforts over the last four years. Coming in at second with nearly $2 million was NextGen Climate Action, a nonprofit focused on climate change policy that didn’t report any expenses in 2021. In third was the Water Foundation, which spent about $1.1 million on lobbying state legislators and officials during that time.

Of the 57 registered environmental lobbying groups, these three spent about one third of the group’s total. Only 29 of them spent more than $100,000 in total on lobbying expenditures over those four years.

The WSPA has contributed almost $60,000 so far to California lawmakers and political committees in the 2021-2022 election cycle. The Sierra Club has contributed just $4,760.

The renewable energy sector also has its major players lobbying in Sacramento. The California Solar & Storage Association reported $2.2 million in its disclosures for the four years beginning in 2018, followed by the American Clean Power Association and Vote Solar, which reported spending $1.2 million and $1 million, respectively.

Of the 30 registered lobbying organizations representing renewable energy interests, the top three make up 37% of the sector’s total. Twenty-three of them spent more than $100,000 in total on lobbying expenditures over those four years.

The median amount disclosed by lobbying organizations for the oil and gas industry is $390,000, compared to $225,000 for those representing renewable energy and $110,000 for the environmental groups.

This analysis doesn’t surprise Craig Holman, an expert on lobbying, campaign finance reform and governmental ethics who works as a lobbyist for Public Citizen, a nonprofit consumer advocacy organization and think tank in Washington, D.C.

“The oil and gas industry is exceedingly powerful and you can see that in our policies,” said Holman. “It’s a real behemoth when it comes to lobbying expenditures.”

That’s not an exaggeration. The $77.5 million spent on lobbying by oil and gas corporations over the past four years in California amounts to only 16% of the total spent lobbying at the federal level over that same time, $482 million.

It’s not just the money spent directly on lobbying, though. Holman says that the industry uses other forms of influence peddling as well. Notably, campaign contributions and the employment of former government officials, the latter practice known as the revolving door. For example, the WSPA has contributed almost $60,000 so far to California lawmakers and political committees in the 2021-2022 election cycle. In comparison, the Sierra Club has contributed far less — $4,760 in campaign contributions — during this election cycle.

“The oil and gas industry has a very disproportionate influence here on Capitol Hill as well as within the states and state governments,” Holman says.

Will California’s Fossil Fuel Industry Use the Ukraine War to Undermine Oil and Gas Legislation?