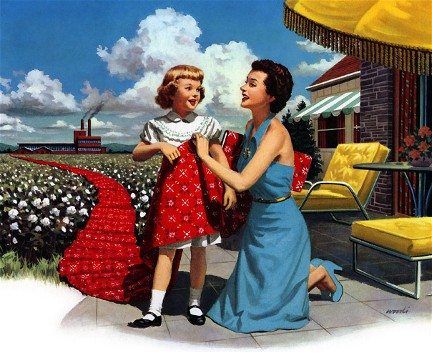 I am just a girl who can’t say “no.” In my youth this was actually a fun quality, but now it means that I spend a lot of time manning concession booths, volunteering in Sunday school classrooms, and doing whatever else the local Uber Mom has tasked me with. But make no mistake, I am not the Uber Mom. The Uber Mom is the mom who is always in charge. She knows everyone, runs every volunteer effort, and cooks absolutely everything from scratch.

One thing I have noticed about these moms, whose astounding accomplishments are both impressive and deeply annoying (homemade marshmallows? really?), is that they are not dispersed evenly through society. This became particularly apparent to me when my own children moved from a private and rather expensive pre-school to a public school in LAUSD. Overnight we went (as my husband likes to point out) from being young, poor parents to being old, rich parents. In addition to suddenly aging, the battery of Uber Moms disappeared. There were no more lavender-infused, castle-shaped, poppy-seed cakes at our bake sales.

To be honest, I have not experienced this as a huge emotional loss, but I do have to say that the Uber Moms contribute a lot more to a school than fancy baked goods. Surplussed from the labor force by their husbands’ success and the ridiculous but very real class-based needs of their children, the Uber Moms are usually well- educated and experienced professionals. They provide a steady stream of high-grade free labor, cultural cachet and (either directly or through their efforts) donations and attention. They can do this largely because they have immense resources behind them, often in the form of a husband’s income that can support not only themselves but several servants to take care of the more mundane domestic chores that might otherwise distract them from extensive volunteering.

With schools in such dire straits, the efforts of these Uber Moms are crucial, but the benefits of their considerable capabilities are confined to a very small number of schools and children’s organizations. Most schools, like the one my kids go to, have to get along with distracted, working schlubs like me or with parents who — however, willing and hopeful for their children’s future — are too busy, stressed, poor or overwhelmed to provide the same level of help.

Do children benefit from the presence of Uber Moms? Absolutely. There is no doubt in my mind that their work pays off, not only in material benefits but in the sense of community that parental engagement can create. But as is often the case in the U.S. these days, those benefits are not equitably distributed. L.A. is a city with high rates of endemic poverty, and women with children are particularly hard hit.

As public divestment in social infrastructure continues, only some kids have the kinds of moms (which really means the kind of family resources) who can shelter them from the pernicious effects of social abandonment. And as the spatial gaps between the wealthy and poor widen, kids from these different families are less and less likely to mix.

So a reliance on moms, at least in the context of a school community, has started to seem like a rather fraught situation. There is an ever-greater need for parental involvement, but that’s more likely to happen at wealthy schools where parents have the means to fill in the gap left by a de-funded education system. And that’s why I think it’s such a sad, sad thing to point the finger at parents for failing to be involved when in reality we should be pointing the finger at much bigger and stronger social forces. Bigger, even, than moms. (Really, more powerful than Mom. I just wrote that! Don’t tell my kids.)

Related Topics:Mothers Day
Up Next

WebHot: Beverly Hills Says, “Not Under My Back Yard!”