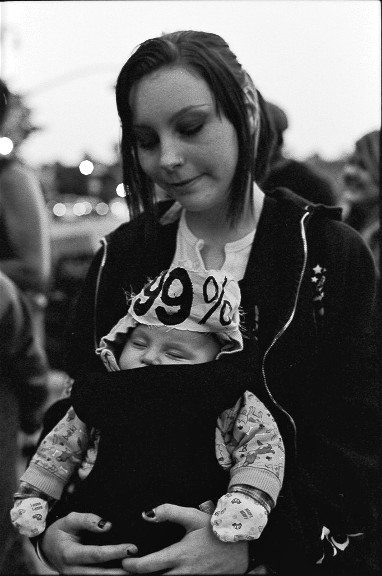 Two years ago the “Occupy” movement roared into view, summoning the energies and attention of large numbers of people who felt the economic system had got out of whack and were determined to do something about it.

Occupy put the issue of the nation’s savage inequality on the front pages, and focused America’s attention on what that inequality was doing to our democracy. To that extent, it was a stirring success.

But Occupy eschewed political organization, discipline, and strategy. It wanted to remain outside politics, and outside any hierarchical structure that might begin to replicate the hierarchies of American society it was opposing.

So when mayors, other public officials, and university administrators cleared the Occupy encampments by force — encampments that had become the symbol of the movement — nothing seemed to remain behind. Some Occupiers made plans for further actions, but a movement without structure, discipline, and strategy proved incapable of sustaining itself.

All major social-change movements in American history that widened opportunity and made this a more just society — women’s suffrage, the labor union movement, the civil rights movement, the anti-Vietnam War movement, the environmental movement, the gay rights movement — have depended, to some extent, on leaders who helped guide them, and decision-making structures that provided discipline and strategy for those who joined.

These movements could sustain themselves over many years, sometimes many decades, because they consciously maintained hope on the basis of small but concrete victories, built their numbers by choosing their battles carefully and kept their eyes on the big prizes. They educated the public about what was at stake and then used public pressure to push elected representatives.

Occupy served an important purpose, but lacking these essentials it couldn’t do more. Inequality is worse now than it was then, and our democracy in as much if not more peril. So what’s the next step?

The Anatomy of Hope