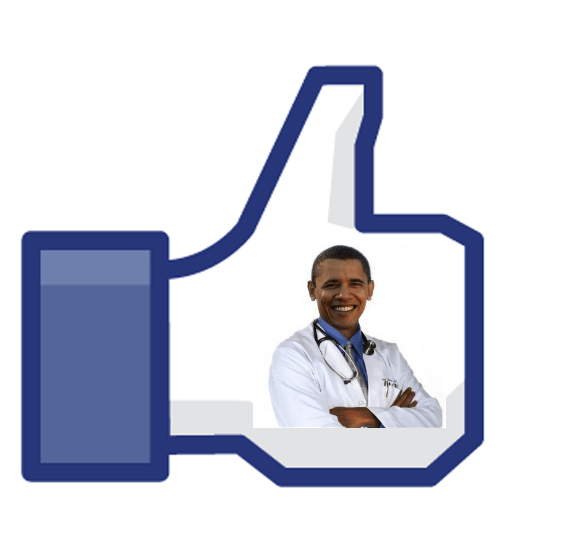 In addition to serving as Senior Fellow for Health Care for the Roosevelt Institute | Campus Network, I am the Executive Director for my campus’ Roosevelt chapter. A few weeks ago at our general body meeting, I asked the crowd whether they had been talking with their friends about the Affordable Care Act and what these conversations sounded like. Did they know the basics: that in January, most Americans will be expected to either carry at least minimal insurance or pay an opt-out penalty? Do they know that they will be able to stay on their parents’ insurance until they are 26, if they so choose? Have they compared the prices of different options available for young adults versus the penalty?

The question meant to take up the first 10 minutes of our meeting turned into a full 40-minute discussion. As we scarfed down our pizza in true hungry college-student fashion, students shared their puzzlement about pro-ACA campaigns that encouraged individuals to just log on to healthcare.gov (you know, the website now infamous for its still-lingering usage problems) without further explanation as well as Generation Opportunity’s “don’t let government play doctor” campaign. In order to move the meeting along, we prematurely wrapped up the discussion, deciding that given the complexity of the ACA, Millennials want easy access to resources that educate us rather than simply feeding us instructions.

The kinds of resources we want are out there, but it seems their utility is suffocated by the louder (i.e. more well-funded) campaigns still focused on the politicization of health care reform. The campaigns focus on erroneous value-laden statements and criticism of public officials like Barack Obama and Kathleen Sebelius—ultimately leaving people aware of the latest stinging headlines but completely unaware that marketplaces opened October 1, or of the impact the marketplaces could have on them.

During our meeting, several students admitted that by getting sucked into media politicization of the ACA and calling into question the character of anyone who opposes it, they had lost sight of why we were retooling our health care system in the first place and racing to fix the problems that came along with that process. The solid 10 minutes of conversation that followed consisted of the health care wonks in the room answering the basic question of “why.” Because we currently pay more for our health care than most other developed countries. Because our emergency rooms, required to treat all patients regardless of their insurance or ability to pay, drive up costs for the system as a whole. Because, in fixing these skyrocketing prices, we still believe that socioeconomic status should not determine an individual’s access to services essential for his or her life.

Even with the “why” of health care reform answered, it is valid to make sure that the cure is not harder to stomach than the disease itself. For Millennials, one of the biggest pros of the Affordable Care Act is that individuals with lower salaries will be able to afford insurance and obtain health services thanks to government subsidies. This is critical, given that Millennials have the highest uninsured rates and that the Millennials with the highest uninsured rates are in the lowest income bracket. Possible cons must also be addressed, including the fact that Millennials who have a higher income might end up paying higher premiums for insurance purchased on the exchanges than they have paid on the individual market in the past.

So, Millennials have choices to make, choices that were the cornerstone of the Supreme Court’s ruling to uphold the ACA. These choices will be colored by individual comparisons of marketplace premiums versus out-of-pocket costs, the future outlook and trajectory of these premiums and which doctors and services would fall into certain networks, among other questions. Given that 53 percent of Millennials say they do not have a trusted source for information about the ACA, gauging an answer to these questions becomes a difficult, time-consuming task.

These sources need to be readily available and widely publicized soon, as the ACA relies on the comparatively healthier Millennials to keep premiums down for the rest of the population. Assuming discussion sparked in our Roosevelt chapter is a rough indication of Millennial sentiments as a whole, we are ready for the media to shift its focus from the embittered political debate to see that presenting one hyper-partisan side of the ACA leaves Millennials suspicious, unwilling to act either to keep premiums reasonable or to contribute to the defunding of the ACA. We do not want orders barked at us or abstractions and hyperboles hurled at us. Instead, we want the facts to empower us – to guide us in translating ACA jargon of marketplaces and mandates into the value of health care as a fundamental human right.

(Anisha Hedge is the Roosevelt Institute | Campus Network Senior Fellow for Health Care. Her post first appeared on the NextNewDeal blog and is republished with permission.)