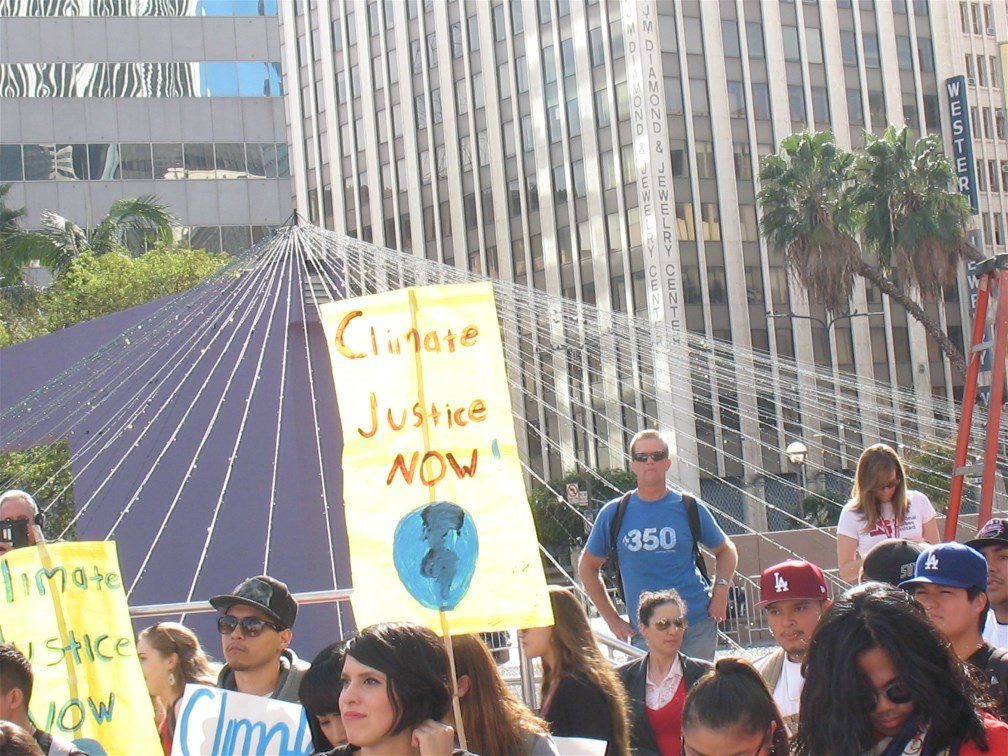 On Thursday afternoon a fired-up, thousand-strong gathering of nurses and environmental activists packed into Los Angeles’ Pershing Square to voice their concerns about the bleak prospects of climate change, and to demand a global agreement that reduces greenhouse gas pollution. The rally was timed to coincide with the current United Nations Climate Change Conference in Paris and other environmental justice protests taking place across the U.S.

Dubbed “The Climate Crisis Is a Public Health Crisis,” the event was organized by the National Nurses United (NNU), a labor union whose members were wrapping up a two-day convention at the downtown JW Marriott.

Rolanda Watson-Clark made the trip from Chicago, and told Capital & Main, “Nurses have always been at the front of social movements, so here we are.” She explained how, in the Windy City, inner city children are deeply affected by petroleum waste products in the air. “I see it all the time, kids who can’t breathe, kids with dark patches covering their skin— we need clean energy now,” she said.

After a set by the rap band Inner City Dwellers, a five-piece combo called the Dixie Dazzlers crossed the street playing “When the Saints Go Marching In,” trailed by a block-long queue of nurses from the Marriot, all wearing red scrubs. It was a crowd-pleasing moment that brought a lot of people into the street singing and dancing.

Following introductory remarks by RoseAnn DeMoro, NNU’s executive director, radio station KPFK’s Sonali Kolhatkar, host of the daily morning show Uprising, spoke at length about the climate crisis, reminding the gathering that 2015 has been the hottest year on record. An informed and passionate group of speakers then took to the podium, all of whom emphasized the dimensions of the problem, and how we, in the words of Martin Luther King Jr., are now faced with the “fierce urgency of now.”

Activist registered nurse Malinda Markowitz drew cheers by declaring, “Our planet is my patient! As nurses we see, respond and care for health consequences and effects from the pollution created by fossil fuels.” 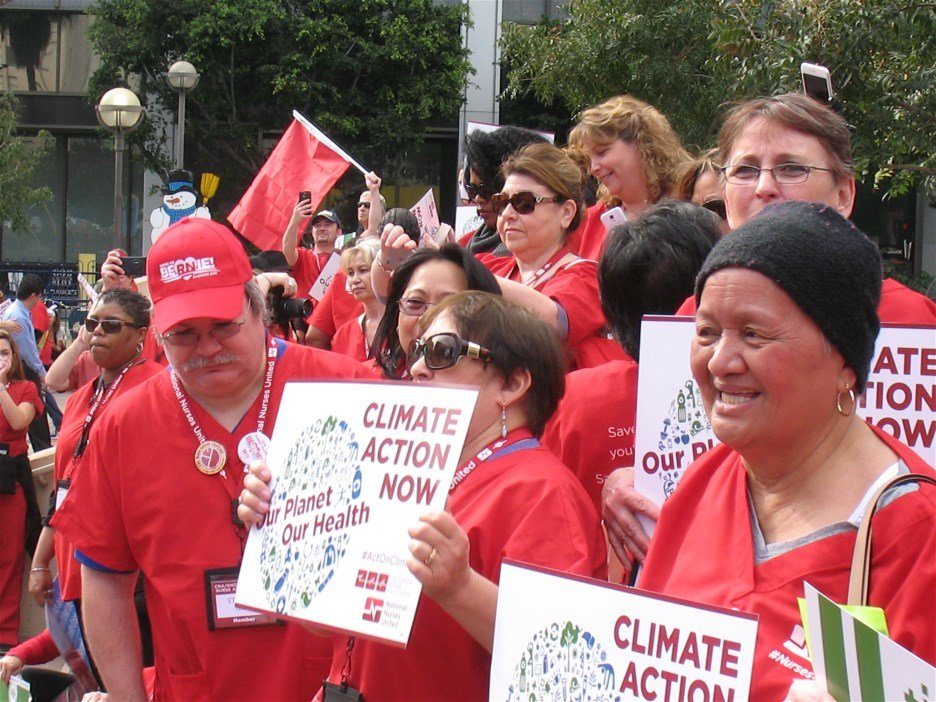 Oncologist Paul Song, a frequent guest on Kolhatkar’s show, stated that he was there not just as a physician, but as the father of a three-year-old who is already showing symptoms from global warming, and explained how warming conditions allow the spread of diseases like West Nile virus, dengue fever and others through insects that would otherwise be held in check by cooler temperatures.

“We cannot simply allow the oil industry to buy off our legislators and dictate the terms of what is the single most important issue in our state and in our lives,” he said to loud applause, before offering this prescription: “Don’t believe the bullshit!”

Veteran activist and former California State Senator Tom Hayden compared the fight for environmental justice to the plight of Sisyphus, who in Greek mythology was condemned to roll an enormous boulder up a hill, only to watch it roll back down each time he reached the summit. “Keep rolling that rock,” Hayden encouraged, “it will make you stronger!”

Immigration Crisis: The Strangers Are Us