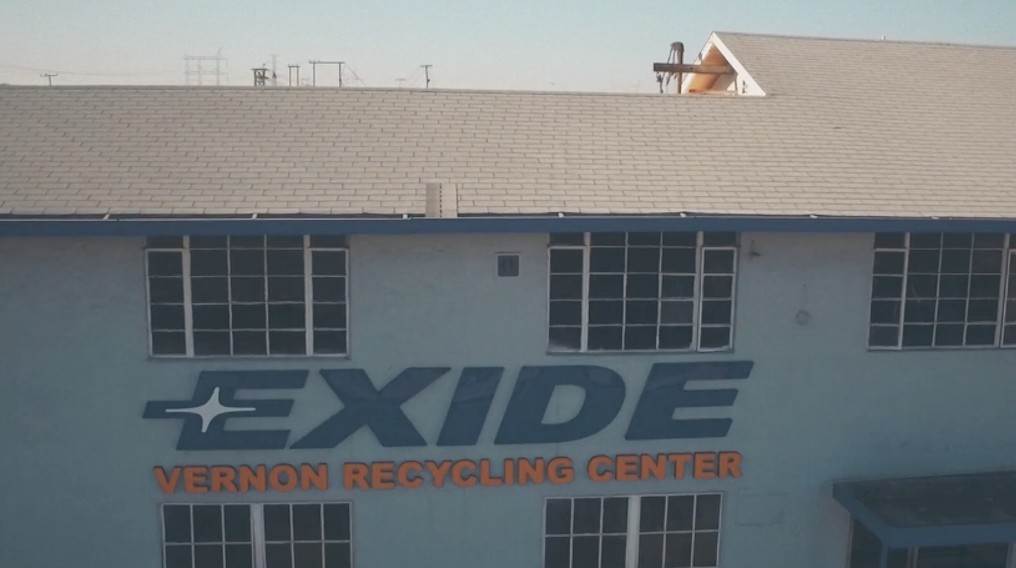 For decades the former Exide Technologies lead battery recycling facility, located just south of downtown Los Angeles, spewed a toxic brew of lead, arsenic and other contaminants into communities among the most environmentally burdened in the state, impacting some 100,000 people. Since 2014 the cleanup of these neighborhoods has been marred by confusion, shifting deadlines and massive budget overruns, with California taxpayers already fronting north of $250 million.

Fresh revelations, however, surrounding both the performance of one of the cleanup’s main contractors and the cost-recovery implications from Exide’s latest bankruptcy filing have triggered grave questions: Can the state keep the Exide cleanup on track and even close to budget — while ensuring the parties responsible for both the pollution and cleanup are held accountable?

“At every turn, the consistent decisions that the state has taken appear to enrich Exide while leaving families living in lead.”

The Department of Toxic Substances Control (DTSC)—the state agency charged with overseeing the project—recently sacked the Parsons Environment & Infrastructure Group after the company had cleaned fewer than half of the homes it was hired to. According to a Capital & Main estimate using numbers provided by the DTSC, Parsons had already spent roughly three-quarters of its $82 million budget to clean 767 residences of the 1,610 for which it was responsible.

Potential conflict of interest concerns call into doubt the DTSC’s decision to hire onto the project two former high level Parsons employees, one of whom, Mehdi Bettahar, is the current Exide branch chief for the agency. The other, Jeffrey Muller, is an Exide field operations manager. Muller is listed as Exide project manager for Parsons on the $82 million contract.

Because of the potential ethical problems that can arise via the revolving door between public agencies and private enterprise, “The conduct of these two employees needs to be very carefully scrutinized and calls into question the integrity of their work within the DTSC,” said Terry Cooper, professor emeritus of public policy at the University of Southern California’s Sol Price School of Public Policy.

In October 2018 the DTSC awarded Parsons—a vast organization with a reported 16,000 employees— its $82 million contract. By the end of last year, however, DTSC officials admitted during an Exide community meeting that Parsons was performing work at a 57 percent markup per home over the agreed upon contract. These officials blamed cost overruns on the time and materials contract the agency had entered into with Parsons, which means the contractor is compensated for time spent to perform the work. The officials stated that the agency would work with Parsons to renegotiate the contract into a unit price contract, a more rigid, fixed-price system.

“Once DTSC had overseen the cleanup of a sufficient number of properties to better estimate the range of cleanup costs for contaminated properties, DTSC diligently worked with Parsons to find efficiencies to reduce costs while maintaining the quality of the work being performed,” wrote a DTSC spokesperson in an email. However, the agency ordered Parsons to stop field work in April of this year.

Several environmental cleanup experts have questioned the DTSC’s decision to enter into a more open-ended time and materials contract with Parsons in the first place. According to Phil Chandler, a former DTSC senior geologist, both the DTSC and Parsons knew enough to negotiate a unit price contract from the beginning, due to the sizable number of homes already remediated on the project. “You don’t go in, find out that you’re screwing up, and then try to convert it,” he said.

According to Bettahar’s LinkedIn profile, he left Parsons and joined the DTSC in January 2018, becoming Exide division branch chief in February of 2019. According to the DTSC, Muller began work for the agency on the Exide project five months later.

Ethics experts say that, in light of Parsons’ costly budget overruns, the sheer appearance of the company’s former employees working for a state agency regulating them is concerning.

A DTSC spokesperson wrote in an email that the agency reviewed Bettahar and Muller’s Form 700s, which every elected official and public employee must submit detailing any financial ties that might be deemed a conflict of interest. “We have determined that Mr. Bettahar has no financial interest in Parsons. Mr. Muller, on the other hand, does have some employee stock in Parsons,” the DTSC spokesperson claimed. “In light of this interest, management significantly limited his decision-making authority regarding Parsons. To that end, Mr. Muller was assigned a coordinator role and did not make independent decisions regarding Parsons.”

Several DTSC employees who either currently or formerly worked on the project, and who wish to remain anonymous because of retaliation fears, strongly dispute that characterization of Muller’s role on the cleanup. They state that Muller was indeed given decision-making authority concerning the work Parsons performed. “That’s just a straight lie,” said one DTSC employee, about the agency’s description of Muller’s responsibilities.

Some experts in the field of professional ethics say that, in light of Parsons’ costly budget overruns, the sheer appearance of the company’s former employees working for the agency regulating them is concerning.

“Every Californian should be outraged at this story,” said Ann Skeet, senior director of leadership ethics at Santa Clara University’s Markkula Center for Applied Ethics, about the Exide cleanup in general. “It’s our money that we’re paying in to be spent responsibly, and it’s not being used to take care of the people who have been harmed here.”

The DTSC has repeatedly promised that it would recover taxpayer costs for the cleanup work done in the neighborhoods surrounding the plant. But, says the UCLA-LoPucki Bankruptcy Research Database, “The state’s not going to get anything.”

The DTSC has repeatedly stated its intent to remediate 3,200 homes, but the agency declined to specify the number of homes that would now fail to be cleaned as a result of Parsons’ cost overruns. A spokesperson said that the DTSC “intends” to remediate up to 3,200 properties “with the available funding.”

In an email, Parsons spokesperson Bernadette Miller wrote that the company does not comment on specific contract terms and matters of cost-effectiveness. However, she wrote, “We are dedicated to maintaining the highest ethical standards and have been recognized by Ethisphere, a global leader in defining and advancing the standards of ethical business practices, as one of the World’s Most Ethical Companies for 11 years in a row.”

The project’s ballooning budget is financially coupled to the legal vagaries surrounding cost recovery. In 2016, then-Gov. Jerry Brown first earmarked $176.6 million of general fund money towards the Exide cleanup. Last year, Gov. Gavin Newsom allotted in the state budget another $74.5 million. According to the DTSC, Exide has so far put $12 million into a trust fund for the residential cleanup.

The DTSC has repeatedly promised that it would recover taxpayer costs for the cleanup work done in the neighborhoods surrounding the plant. In May, however, Exide filed for Chapter 11 bankruptcy—for the third time since 2000. This is an effort to “facilitate a value-maximizing sale” of various of its business interests around the globe, according to the company. Per court filings, the state is not on the list of secured creditors who are seeking a total of $842 million who receive priority when the $173 million in Exide assets are distributed as part of the bankruptcy settlement. Exide failed to respond to multiple requests for comment.

Capital & Main also reached out multiple times to the California Attorney General’s office, which represents the DTSC in its legal proceedings with Exide, to ask about the agency’s response to the company’s latest bankruptcy filing. Each time, the agency’s press office referred the inquiry back to the DTSC.

When asked why the state isn’t listed as one of the secured creditors on the bankruptcy filing, a DTSC spokesperson wrote that the agency “does not have the right to satisfy its claims against Exide through the holding, taking, or selling of certain property owned by Exide. DTSC, however, has unsecured claims against Exide.” The unsecured claims amount to roughly $11 million, per court filings.

“The state’s not going to get anything,” said Lynn LoPucki, Distinguished Professor at the University of California, Los Angeles School of Law and founder of the UCLA-LoPucki Bankruptcy Research Database. Even if the state had filed a lien as a secured creditor, he added, California law gives priority to a host of other parties ahead of environmental cleanups.

California can still pursue criminal damages. In May of 2019, Exide released a Corrective Action report claiming it is not responsible for lead levels in the surrounding community high enough for cleanup. The following July, the DTSC announced that it had asked the U.S. Attorney’s Office to drop its nonprosecution agreement with Exide, which provides that if the company complies with DTSC’s orders on the cleanup, it will avoid federal prosecution.

Capital & Main made multiple inquiries to the Department of Justice (DOJ) for information on what actions, if any, the department has taken since DTSC’s request was made, but didn’t receive a response. In an email, a DTSC spokesperson wrote that the DOJ has acknowledged the 2019 request “but has not provided DTSC with any further information on whether they will void the Non-Prosecution Agreement with Exide and pursue criminal charges against the company.”

“Why didn’t the AG perfect a claim in the bankruptcy proceeding, and use the full force of State and federal law to sue the parties that sent their batteries to Exide?”

Some experts, however, warn that the federal government is unlikely to drop that agreement, in part because of the state’s own culpability, having permitted the battery recycling facility to operate for 33 years on a temporary permit, as well as the DTSC’s mishandling of the residential cleanup.

In a statement, Angelo Bellomo, former deputy director for health protection for the Los Angeles County Department of Public Health, wrote that “it was the US Attorney who single-handedly shut down Exide’s operation in 2015 after decades of failed regulation by State DTSC. For the State to suggest the feds are now standing in the way of the cleanup is absurd.”

Bellomo added: “Why didn’t the AG perfect a claim in the bankruptcy proceeding, and use the full force of State and federal law to sue the parties that sent their batteries to Exide? These are obvious remedies that would limit the need for public funding.”

California’s state auditor is currently conducting an investigation into the DTSC’s handling of the Exide cleanup. State auditor spokesperson Margarita Fernández said that the review is estimated to be completed in October but warned that the date of completion could change.

“The state allowed Exide to operate without protective permits for over three decades, then they refused to adequately secure cleanup funds for the Exide site, which now Exide is abandoning,” wrote Jane Williams, executive director of California Communities Against Toxics and a member of the DTSC-supported Exide Advisory Group, in a statement. “At every turn, the consistent decisions that the state has taken appear to enrich Exide while leaving families living in lead.”